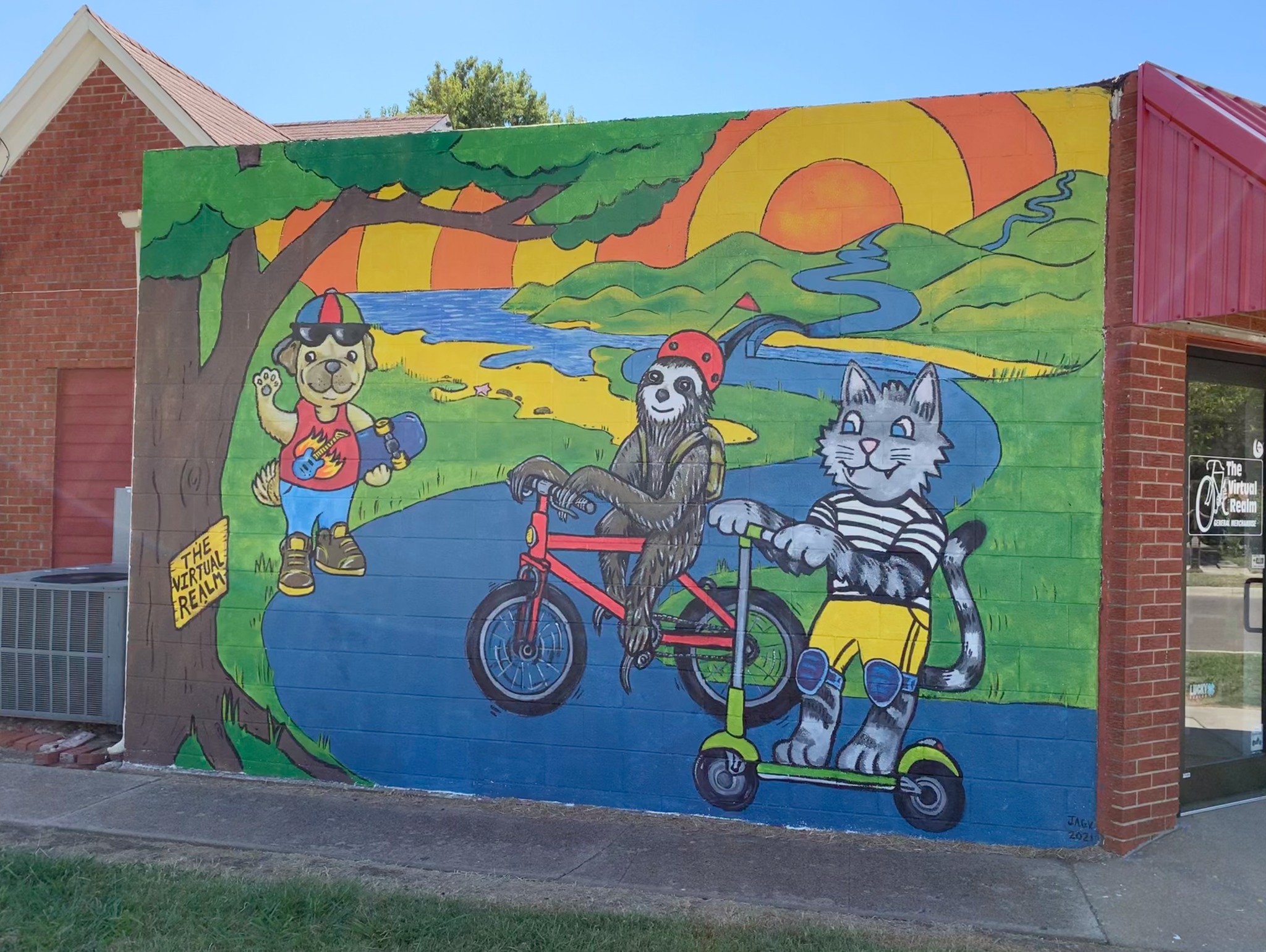 Paul Reeves, a retired Conoco employee, opened The Virtual Realm two years ago when, himself an avid cyclist, he noticed there was no place for repairs in Ponca City.

Reeves salvages old bikes for $5, repairs them, and resells them to kids for $30. Adult bikes cost a bit more but are still cheaper than buying a new one. It barely breaks even and is mostly in the red, but most of its revenue comes from nearby storage units.

I was riding my bike recently when, for the first time in over a thousand miles, my rear tire started losing air. I keep an emergency inflator with sealant in my bag so I can air it out and keep going. I thought it was fixed. Being an experienced cyclist (over 60), I should have known better.

A few days later I was coming back from the RecPlex when again it went flat and stayed that way. My emergency inflator was empty and I hadn’t replaced it yet. And I didn’t have my cell phone with me.

I managed to stop an electrician who called me a taxi. After waiting at least 30 minutes. I started getting anxious and started trying to hitchhike.

A lady parked in an alley a few yards away. I approached her, explained my situation to her and asked if she could walk me home. She was happy. Around that time, a police car pulled up saying he had received a call about a lunatic on the street waving at cars.

The officer decided that I was not mad but desperate.

The lady drove me.

I discovered that I often went to buy his house and admire his glass-enclosed veranda on the second floor. I learned that her husband had just passed away and that she was driving a vehicle like mine.

I was taking care of business when she dropped me off, got into my vehicle and returned to the scene to pick up my bike which I left chained to a road sign.

Now to fix it. A front tire is easy to repair: just loosen and remove the wheel, remove the tire and repair or replace the inner tube.

The rear wheel of my e-bike is another matter. The hub motor makes things a little messy and I’m lazy. I used to have to drive at least an hour to find a bike shop, but I remember seeing one near downtown.

So I visited the virtual realm and he fixed my bike despite my unusual bike not matching his repair stand. He grabbed a duvet from his bed and used it to turn the bike upside down.

I noticed the comforter and asked where he got it. He’s a quilter. His two sisters too. I made a deal with him: I gave him a copy of my wife’s book and copies for his sisters in exchange for a new tube, an inner tube, and labor. Market, he said.

So, Ponca City has a bike repairman who makes quilts and loves the beautiful murals on his walls. The next time you need a good used bike or want to get your neglected steed (and you) back in shape, go see Paul. The Virtual Kingdom is open Monday through Saturday from 8:00 a.m. to 5:00 p.m.