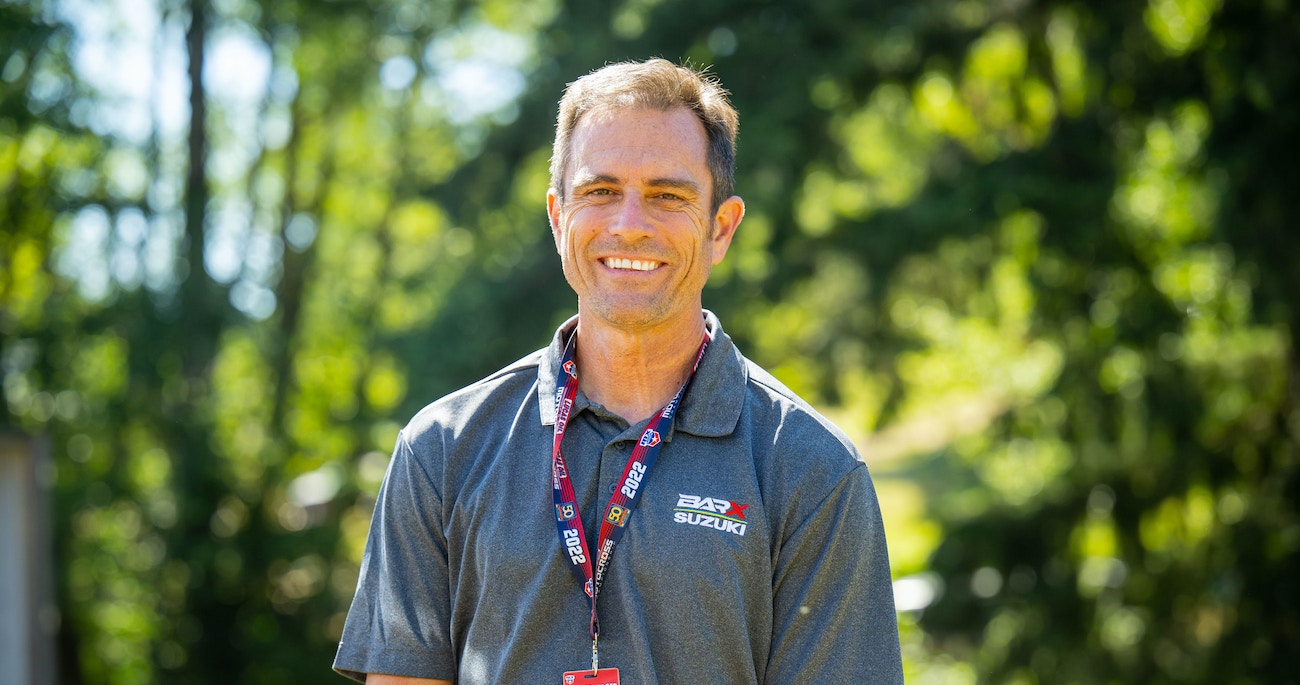 Let’s talk about your day. I thought [Carson] Mumford got stuck in the first moto from the gate, then charged into tenth or something or sixteenth. Second run, he was ninth. Thought that was a good Mumfy run for your team. [Dilan] Schwartz was up there and came down. So far it was driving well. Introduce us to your guys and your team today.
They all rode really well, it’s just that if you had a start, you were up there. Dilan got the start on moto one and ran ninth forever, then washed the front end and the bike got on top of him and burned him pretty good. Run two he got off to a good start and rode about 14e, something like that. So he did pretty well. Carson got stuck in the first heat of the gate and raced through the pack.

He said his clutch was going.
I’m going because he let go of the clutch. Then second motorcycle, it rode well. He was in the top ten and finished there. Tenth overall, which is decent. Derek Drake was up there for a bit the first run, and the second run he was cleaned up in the first round. Preston Kilroy rode well too. He was up there in 12e13e, something like that. Second moto, he had a problem with the moto and kind of fell back to 18eor something.

I feel like Kilroy is sometimes, you never notice. You don’t even look at him, and then you look and he’s 14e15e, strong any motorcycle. Then Drake will set a great qualifying time and then struggle to back it up in the motos. They are like the opposite yin-yang.
Exactly. Kilroy is just a little invisible. He is just doing his job. Super soft and effective on the bike. It drives really well. You just lose sight of him because he’s so sweet. It’s not exciting at all.

I feel like he never got off to a good start and raced ahead. It probably comes from the 25e at 15e.
Yeah. It’s the Energizer Bunny. He keeps going, just because he’s so smooth on the bike. Drake, he has flashes of genius. He works beyond that heart issue he had because once they fixed the heart we realized he was in terrible shape because he never got to train. He never put his body in that area. So now it works. It will be a long road for him, but he is doing well. He’s getting better.

Are you satisfied with the performance? Mumfy got frustrated, I don’t think with the team or the bike, but he got frustrated with his crashes and stuff like that. So it’s not the year he wanted. Are you frustrated with him or is everything okay? Do you see a silver lining to this?
I’m not mad at him at all. He tries as hard as he can. Sometimes it rocks. He’s still a rookie. He’ll make those rookie mistakes, but every time I watch him ride he does a little better. He will make a rookie mistake, but he will come back and redeem himself. I think he’s doing really well. If you look at his results last year and compare them to this year, he is much better this year. I think he is right on that stepping stone and trying to improve every weekend. Every year it will get better. It takes a bit.