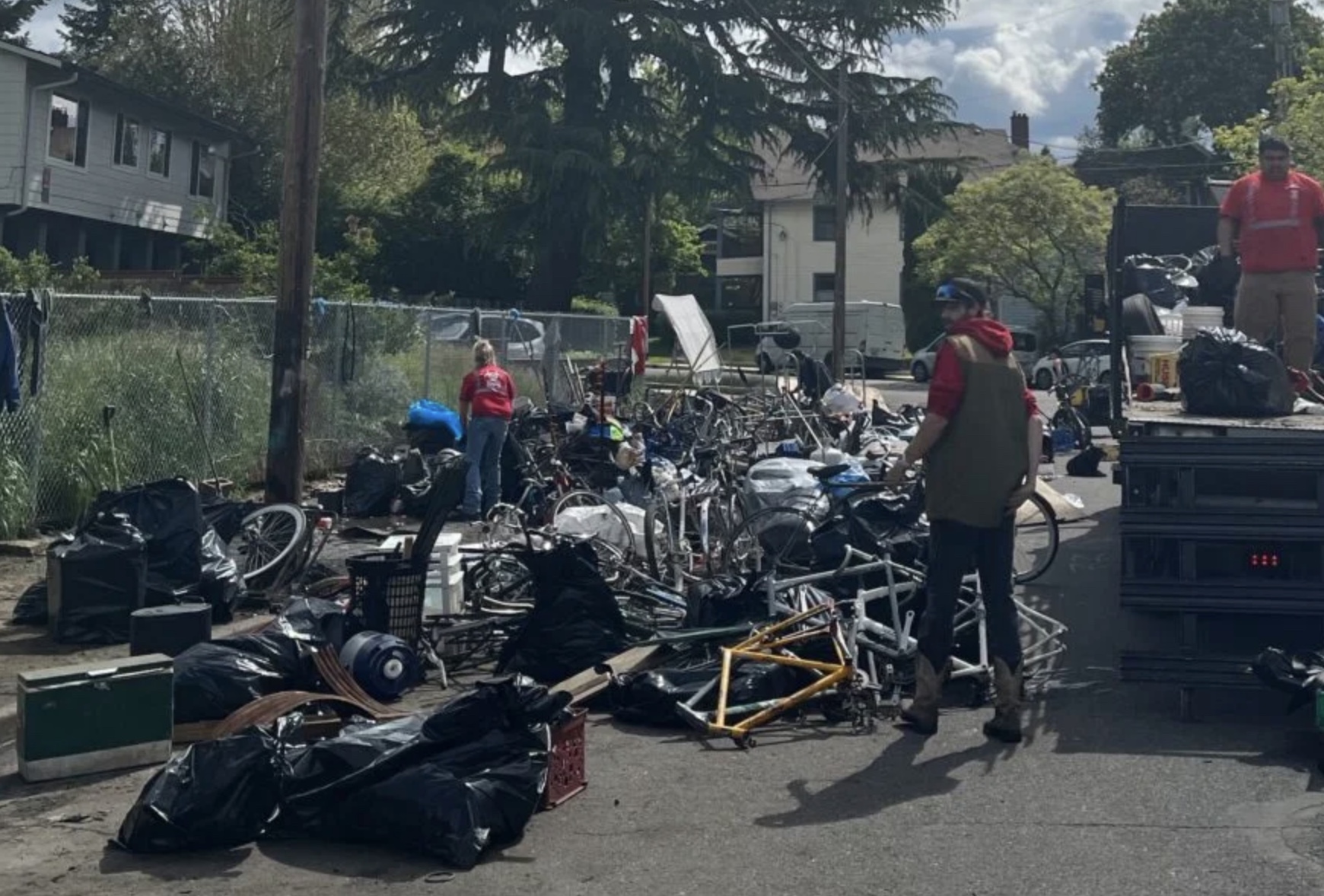 The Los Angeles City Council voted 11 to 3 on Tuesday in favor of a new law that would target people who sell and repair used bikes in public without a license. The ordinance targets bike thieves who live outdoors and critics say it unfairly targets the homeless.

Bike “chop shops” are relatively common in Portland. We have reported on Portland Police Department investigations in the past where known criminals disassemble stolen bikes into stacks of separate parts in order to profit from the sale of the bikes and/or to anonymize the bikes and prevent them from being not be recovered by the theft, the victims or the police.

But there is a wide range of cycling activities in homeless camps. Many people who live on the streets use bicycles to get around. And just like people who have houses and garages, they have the right to own more than one bike, repair them and sell them to other people. There is also the right to remain innocent until proven guilty, which is one of the reasons why I have not referred to a camp on SE Alder Street as a ‘chop shop’ in an article last month.

When we reported how tricky this issue was for Portland Police Bureau officers in 2013, Sergeant Brian Hughes said, “It’s not because they live outdoors and have many bikes that they are bike thieves. They have the right to work on a bike as much as anyone else anywhere.

The Los Angeles City Council added language to its ordinance to ensure the law doesn’t catch innocent people, but police-enforced laws against vulnerable people can be abused and unfairly enforced. It should also be noted that the LA effort is being championed by a politician who ran for office on a platform of removing homeless encampments from public places.

Here is the salient text of the order:

The prohibitions do not apply:

• A person operating under a valid municipal business license or permit authorizing such activities.
• A person in possession of a single bicycle, which is being repaired following a malfunction or damage that occurred while a person was riding on public property. The sole purpose of the repair is to restore the bicycle to operational condition and allow the person to resume riding the bicycle.

In an in-depth post about the ordinance and its local political and political context, Streetsblog LA reporter Sarah Sulaiman wrote, “It remains to be seen what enforcement of the ordinance will look like in practice.

It also remains to be seen if the Portland City Council would ever attempt something like this. Given the politics around roaming and cycling here, I doubt we would ever see an attempt at a similar law. But these days, it’s not a good idea to predict anything when it comes to complicated problems.

Jonathan Maus is the editor, publisher and founder of BikePortland. Contact him at @jonathan_maus on Twitter, by email at [email protected], or by phone/text at 503-706-8804. Also, if you read and enjoy this site, please become a supporter.