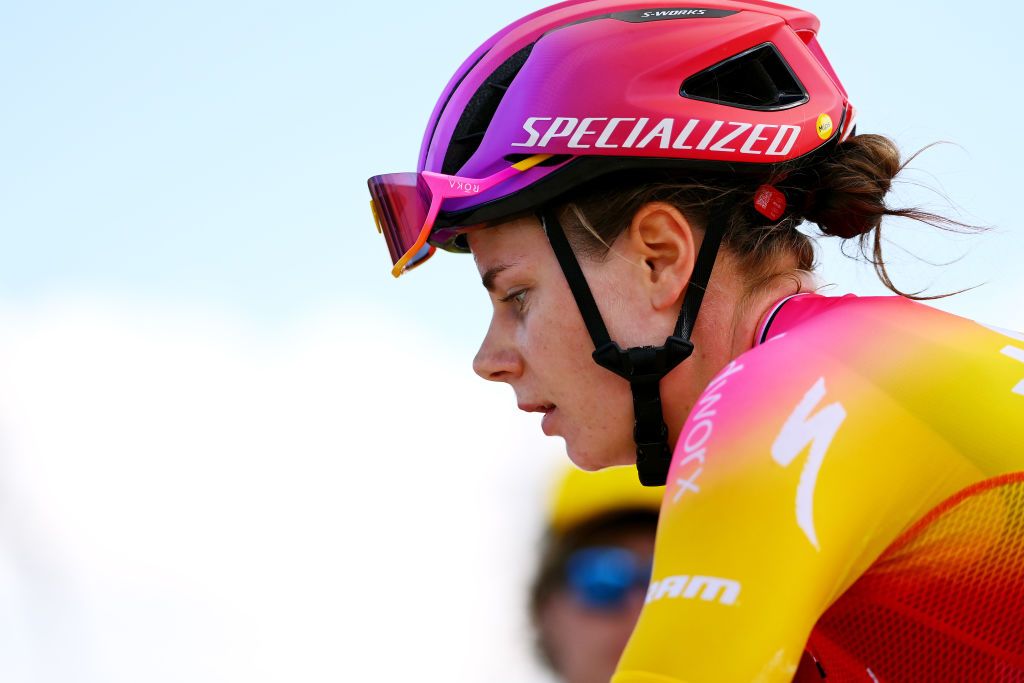 Lotte Kopecky sat out the European Championships road race – after winning gold medals on the track – to allow time to recover, but will return to racing in early September as part of her preparation at the World Road Championships in Wollongong.

Het Laatste Nieuws reported earlier this week that she quit the road race due to back pain. His team said Cycling news in response to an email query that Kopecky had a “little injury”, after a few small accidents, which did not fully recover.

“The decision was made to take some rest after the European Track Championships, and therefore not to race in the line on the EC, to give his body time to recover,” said a spokesperson for SD Worx.

The team said the rider is expected to return to racing at the Ceratizit Challenge by La Vuelta, which runs from September 7-11.

Belgian national coach Ludwig Willems told Het Laatste Nieuws he wasn’t too concerned about Kopecky’s progress. Kopecky is expected to participate in the World Championships as a team manager for the Belgian national team. “There have indeed been doubts, but things are moving in the right direction,” Willems said.

Kopecky has had a busy first season with SD Worx, having joined them from Liv Racing at the end of last season. She had a strong run in the classics, taking big wins at Strade Bianche and the Tour of Flanders, and a second-place finish at Paris-Roubaix Women.

Although Kopecky was able to win a few stages at the Vuelta a Burgos Feminas, she had less success at the two main stage races of the season, the Giro Donne and the Tour de France Women, possibly suffering from her decision to double. She will be looking to break that race at the Ceratizit Challenge by La Vuelta, which features a number of stages well suited to her abilities and will be a key part of her preparation for Wollongong.

If she can fully recover, Kopecky will be one of the favorites to take the rainbow jersey on the hilly course in New South Wales, Australia on September 24.