Man bitten by alligator after falling off bicycle in park 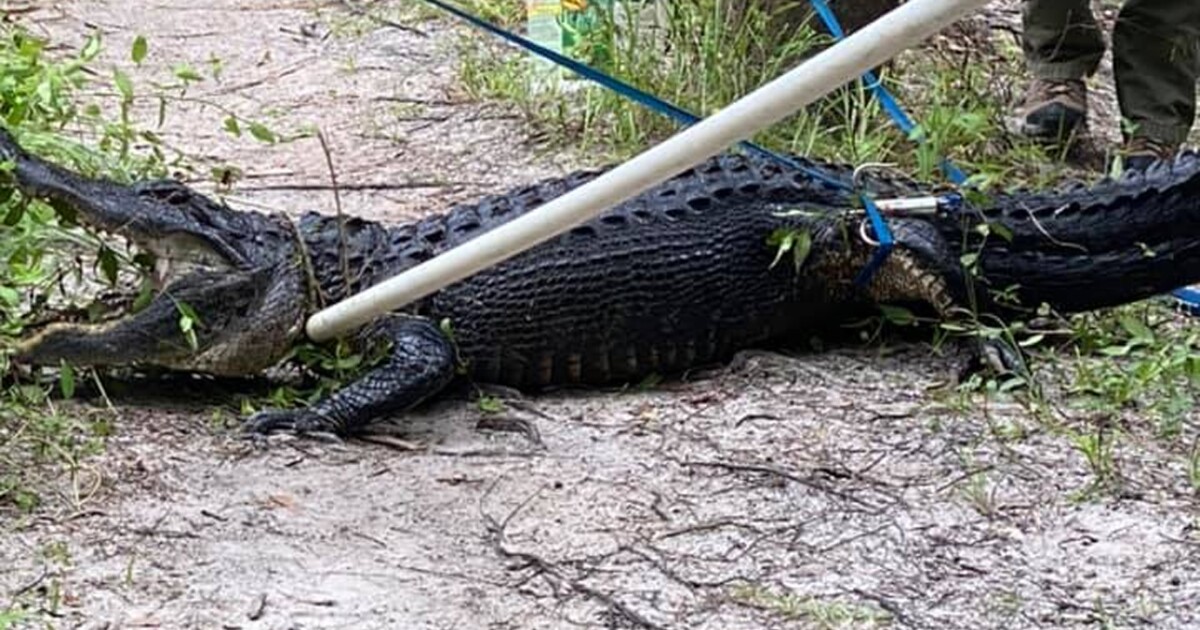 Man bitten by alligator after falling off bicycle in park

STUART, Fla. — A man was airlifted to hospital with serious injuries Monday after being attacked by an alligator that bit him at a Stuart park, authorities said.

The Martin County Sheriff’s Office said the victim fell off his bicycle at Halpatiokee Regional Park, located in the 8300 block of Southwest Lost River Road in Stuart, and into the water, where he was attacked by the alligator.

Video from the sheriff’s office showed paramedics loading the man on a stretcher into a Martin County Fires rescue helicopter.

A man seriously injured after being bitten by an alligator at Halpatiokee Park in Stuart. The victim fell off his bike and said he was assaulted. First responders are on the scene now. pic.twitter.com/41d07hpZIT

Deputies said the man was seriously injured in the attack.

“He had a lot of marks all over his leg, but mostly on his upper thigh,” witness Charlie Shannon said.

Shannon was walking her dog on Monday when she came across a distressed biker in a body of water.

“It was hanging from roots five feet underground,” Shannon said. “It was hard to get him out”

Shannon used his dog leash as a makeshift tourniquet as he and others took the man out.

“I hope he’s okay, and just being able to get him out of the water and tie him up, I think that helped,” Shannon said.

Scott Lorraine of the Airborne Mountain Bike Club also entered the scene. He said the victim is an accomplished cyclist who lost a tire while rounding a curve, landing just above the alligator.

“But he slipped and the water is literally a few feet away and he went straight into the water, and just as bad luck would be, the alligator was right there,” Lorraine said.

A trapper who came to the scene and captured the reptile said the female alligator was 8ft long and would be moved.

“She was sitting 10 feet from the shore when I came in,” said trapper John Davidson. “That leads me to believe she was a female and was sitting on a nest somewhere nearby. So we’ll try to save the babies if we can.”

Davidson said alligators are very aggressive this time of year. The large alligator was the third he had picked up alone on Monday.

“It’s really pretty here,” Davidson said. “People are walking and walking and you’re with nature. Especially at this time of year, you just have to be aware of what’s around you.”

The Florida Fish and Wildlife Conservation Commission said serious injuries from alligators are rare. If anyone encounters a troublesome alligator, call 866-FWC-GATOR.