Man killed in argument for not saying ‘thank you’ at Brooklyn smokehouse, eyewitness claims 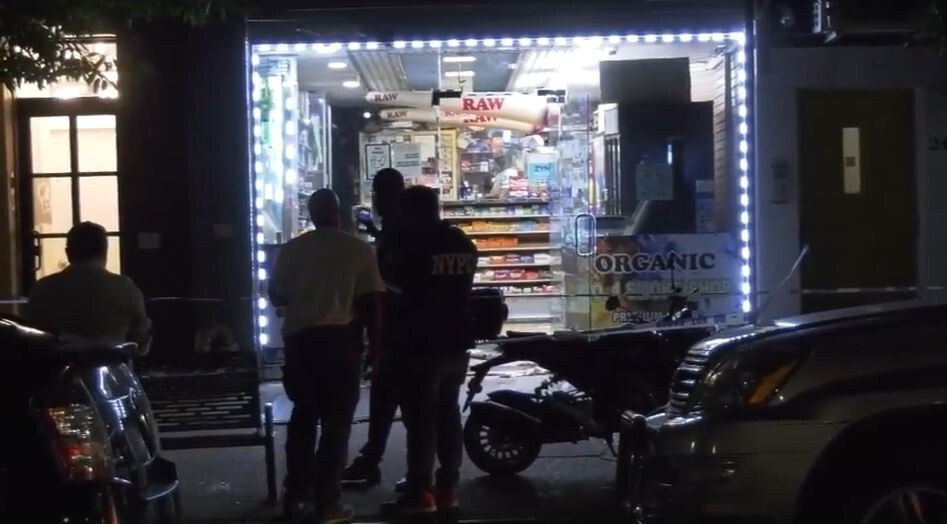 Man killed in argument for not saying ‘thank you’ at Brooklyn smokehouse, eyewitness claims

PARK SLOPE, Brooklyn (WABC) – An apparent row over not saying “thank you” for opening the door to a Brooklyn smoking room ended with a 37-year-old man being stabbed to death on Tuesday night.

It happened around 10:20 p.m. at the Park Slope Convenience on 4th Avenue in Park Slope.

“It was just about not saying ‘thank you’ for opening the door to him,” employee Kharef Alsaidi said as the bodega reopened.

Alsaidi said the victim opened the door for the suspect and then asked, “Why don’t you say, ‘Thank you for opening the door’?”

The suspect replied, “I didn’t tell you to open the door for me.

The verbal argument quickly escalated into a physical altercation that spilled out of the store, and the victim allegedly taunted the suspect, saying, “Stab me if you can.

The suspect grabbed a knife from his bicycle and stabbed the victim in the abdomen and neck, authorities said.

He said the victim fell back into the store, “bleeding all over the floor.”

The man was rushed to New York Presbyterian Brooklyn Methodist Hospital, where he was pronounced dead.

No arrests have been made and the investigation is ongoing.

Anyone with information is asked to call the NYPD’s Crime Stoppers Hotline at 1-800-577-TIPS (8477) or for Spanish, 1-888-57-PISTA (74782). You can also submit tips by visiting the CrimeStoppers website at crimestoppers.nypdonline.org or by messaging on Twitter @NYPDTips.

Note: This content is subject to a strict local market embargo. If you share the same market as the contributor of this article, you cannot use it on any platform.