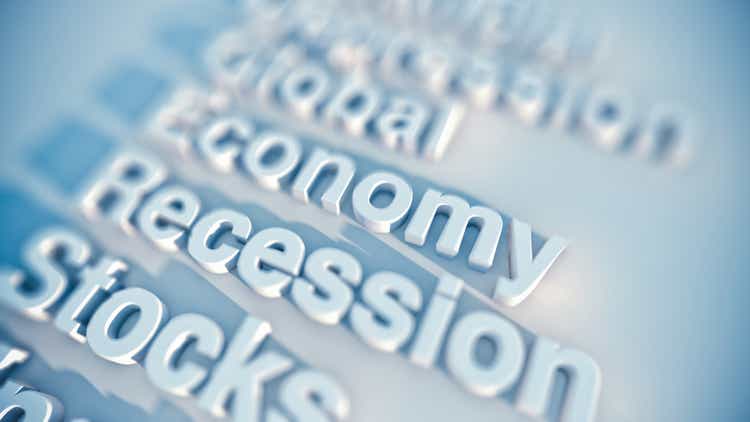 Two earnings seasons have passed this year, and in both cases the takeaway was something along the lines of “could have been worse”. Fears that rising inflation will negatively impact sales growth and profit margins did not turn out to be as disastrous as some had expected. In fact, by one very important metric – operating profitability – S&P 500 companies are doing better than ever overall. The chart below shows earnings before interest and tax (EBIT) as a percentage of sales over the past ten years (the green dotted line). As you can see, the current EBIT margin of 15.5% is close to its highest level in the last decade.

Much of the recent strength in profit margins is attributable to price realization. Businesses facing higher input costs – raw materials, logistics and transportation, labor – have been able to offset these increased expenses by raising the price of the goods they sell to their own customers. The main reason for this is that consumer demand has remained resilient. This is partly related to the lingering effects of pent-up spending impulses in the wake of the pandemic, and partly to the reduced availability of many types of goods still impacted by dysfunctional supply chains. If more people want to buy, say, a bike and there aren’t as many bikes in the store as there used to be, then your local bike shop will have no problem increasing the hefty price tag (and if you’ve cycle-shopped at any time in the last twelve months, you know that’s indeed what happened).

It all works fine…until it doesn’t. Resilient consumer demand has benefited from a continuing to warm labor market and sufficient levels of personal income. The jobless rate has remained at or near a 50-year low throughout this year, with unusually high levels of job vacancies far outweighing layoffs or pay cuts. But that seems to be changing. Although the evidence has been largely anecdotal so far, we expect the next earnings season to feature more reports from management teams on plans to cut staff as the macroeconomic outlook deteriorates. When this happens, spending habits will also change. These easy price increases will be a thing of the past, suggesting that we are probably at the point of maximum margins.

FedEx (FDX) is one of the companies that analysts use as an indicator of global economic conditions. The transportation and packaging giant has its pulse on the highways and lanes of global commerce, so when it comes out and says things are pretty bad, Wall Street pays attention. The company came out after the closing bell on Thursday afternoon with a preliminary report for the three months ended Aug. 31, which threw a wet blanket over investor sentiment in a week when sentiment really didn’t need another slowdown. The company missed analysts’ earnings expectations, withdrew its guidance for the rest of the year and noted in particular that the rate at which conditions are deteriorating accelerated significantly in the final weeks of its quarter. tax. Store closures, parked planes and a general hiring freeze will take effect immediately; the layoffs are probably not far behind.

That’s what Fed Chairman Jay Powell meant a few weeks ago in his Jackson Hole speech when he warned that the Fed’s efforts to control inflation would likely create economic hardship. The pain will come in the form of higher unemployment, weaker consumer demand and – yes – lower profit margins. For investors, is this a sign that it’s time to run for the hills and bolster cash defenses? For portfolios with a time horizon beyond the next two years, we believe the answer is no.

What’s happening right now is actually closer, in our view, to a classic business cycle than anything we’ve seen in the last couple of market convulsions (i.e., it’s not not a financial system collapse around 2008, nor an acute global health crisis around 2020). The problem with economic cycles is this: they pass and the slowdown returns to growth. What the economy will actually look like on the other side of this cycle is still unclear – but that’s a discussion for another day.

Editor’s note: The summary bullet points for this article were chosen by the Seeking Alpha editors.