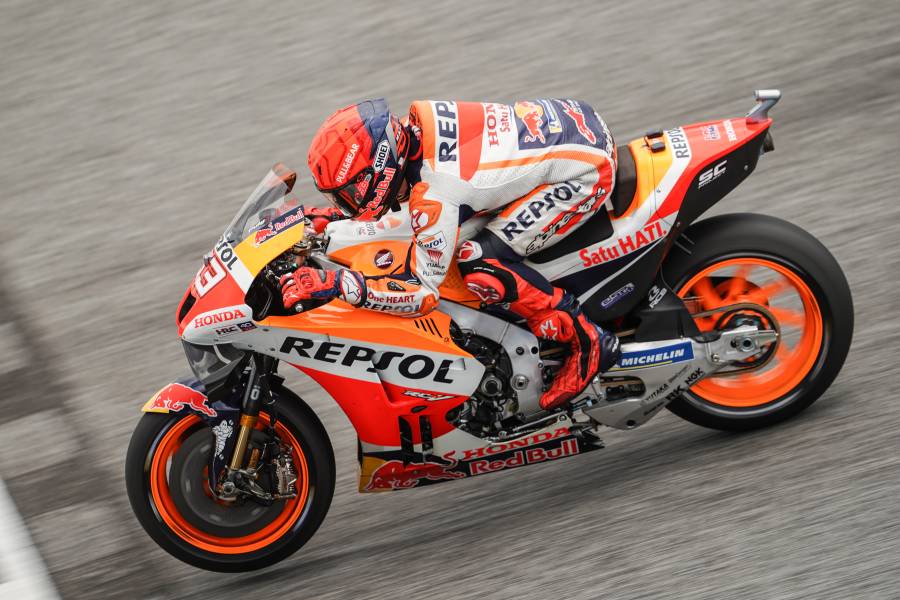 The Phillip Island circuit is one of the fastest in MotoGP, dominated by high-speed corners, which allow riders to make full use of their talents, which is why so many riders name it one of their favorites .

This visit is different from all his previous visits, not only because of the three-year delay, caused by the global pandemic, but because Marquez is in recovery mode, after a four-month layoff following a fourth surgery at the right arm, which he broke at the start of the 2020 season and which has kept him out of the spotlight ever since.

Honda’s six-time MotoGP world champion returned to action three races ago and has had solid results since, with a fourth place at the Japanese Grand Prix last month at Honda Mobility Resort Motegi and a fifth in Thailand he two weeks ago, less than three seconds from the winner.

These results suggest that Marquez’s right arm is finally fixed, because he can once again ride the way he loves to ride: on the limit, feeling the limit, so he can find his magic speed. And yet, he continues to strengthen his arm muscles, so he will only get faster.

On Sunday, the 29-year-old Spaniard will do everything possible to score his first podium since his return. And he should have a good chance because he loves counter-clockwise circuits like Phillip Island. His results over the years prove that his skills are even more special when attacking left-handers, thanks to the amount of effort he puts into track training, which is usually around ovals of earth counterclockwise.

Pol Espargaro (Repsol Honda Team Honda RC213V) also took the top step of the podium at Phillip Island. The 31-year-old Spaniard won the Honda-powered Moto2 race in 2012, beating runner-up Marquez by 16 seconds, one of the biggest margins of victory in the Moto2 class. He won it again in 2013, en route to the Moto2 world title, before moving on to MotoGP the following year.

This will be Espargaro’s first visit to the track aboard an RC213V and he will be aiming to score points for the fourth race in a row. Last time in Thailand he finished 14e in a complicated race, which started after a tropical downpour and ended on a drying track. Espargaro’s best MotoGP result so far at Phillip Island is fifth place, achieved in 2016.

The last time Alex Marquez (LCR Honda CASTROL Honda RC213V) contested the Australian GP he was on the verge of winning the 2019 Moto2 World Championship, so this will be his first time in a MotoGP at Phillip Island, this which will be a real thrill. The 26-year-old Spaniard had a superb run in Thailand, reveling in the tough conditions and charging from 20e on the grid to finish eighth, his second-best finish so far this season.

The younger Marquez brother’s best result at Phillip Island was second place in the 2014 Moto3 race, when he was beaten by just 0.029 seconds by current MotoGP rival Jack Miller. Marquez, however, won the world title aboard his Honda NSF250RW, beating Miller by two points.

Takaaki Nakagami (LCR Honda IDEMITSU Honda RC213V) will miss his second consecutive Grand Prix due to hand injuries sustained at the Aragon GP last month. The 30-year-old from Chiba raced heroically in the following Japanese round as he didn’t want to disappoint his fans, then underwent surgery to repair a tendon injury in his right little finger, which forced him to miss the Thailand GP. He then had another procedure – applying skin grafts to the little and fourth fingers. On Monday, his medical team decided he needed to rest for a week, before having another check-up next week.

Once again his place will be taken by Honda MotoGP test rider Tetsuta Nagashima (LCR Honda IDEMITSU RC213V), who made his premier class debut at the Japanese GP, as a Wild Card, then replaced his compatriot in Thailand.

Nagashima already knows Phillip Island from his six seasons in the Moto2 world championship. Last time on the track, in 2019, he scored a top-ten finish.

Phillip Island Racecourse was first used in the 1920s when motorbikes were transported from the mainland in boats! A bridge now connects the two. The site was significantly improved during the 1980s and in 1989 hosted the first ever Australian Motorcycle Grand Prix, which was won by 1987 500cc World Champion and local hero Wayne Gardner aboard a Honda NSR500 . The Australian GP moved to Eastern Creek outside Sydney from 1991 to 1996. Since 1997 the event has always been hosted by Phillip Island.

The circuit, which stands just a hundred meters from the south coast of the island, is fast and fluid, which generally allows for very tight races. Neutral handling and stability are important aspects of the machine’s performance here, so riders can aggressively attack high-speed corners.

Honda riders have had many successes at the venue. Gardner repeated his 1989 win the following year, beating factory Honda teammate Mick Doohan by less than a second. The NSR500 scored four more victories on the island – in 1997 with Alex Criville, in 1998 with Doohan, in 1999 with Tadayuki Okada and in 2001 with Valentino Rossi.

The paddock will pack up on Sunday evening and head northwest for next weekend’s Malaysian Grand Prix at Sepang, the penultimate race of 2022. The season ends in Valencia, Spain on 6e November.