Mathieu van der Poel: I will definitely not continue running until I am 40 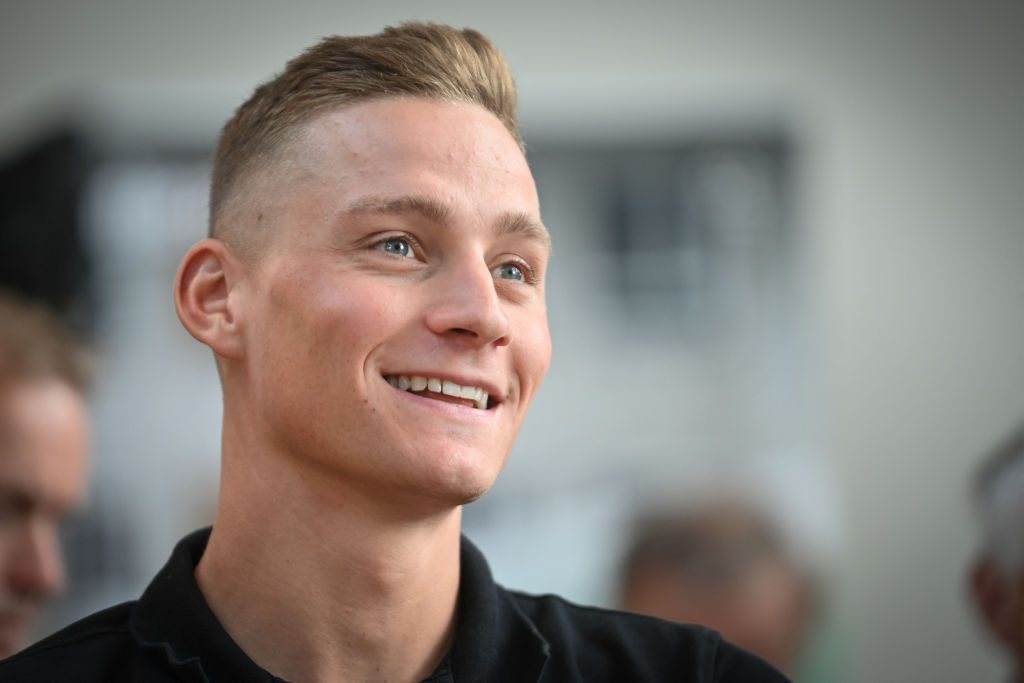 Mathieu van der Poel: I will definitely not continue running until I am 40

Mathieu van der Poel had a few days of rest and relaxation in Veneto slotted into his program between the inaugural UCI Gravel World Championships and Friday’s Serenissima Gravel, but rather than enjoying a rare downtime, the Dutchman thought he might as well race.

On Wednesday morning, Van der Poel could have opted for a lie-in then a leisurely stroll to enjoy the autumn sun on the terrace of a café in Bassano del Grappa. Instead, he opted to race the Giro del Veneto after volunteering for a place in the Alpecin-Deceuninck line-up. Hobbies, it seems, are anathema to the worldview of a man seemingly wired for competition.

“I was here for the week anyway,” Van der Poel said ahead of the Giro del Veneto when he got out of his team bus on Padua’s striking Prato della Valle. “It’s hard to stay in training so I preferred to do a race to keep myself busy, otherwise I stay at the hotel all day so I just said I would do the race.”

The presence of Van der Poel instantly made him the favorite of the Giro del Veneto. Indeed, his status is such that last year’s winner, his team-mate Xandro Meurisse, even gave him the number one bib, like a player who gives up number seven in the squad to Cristiano Ronaldo.

After his ill-fated expedition to the World Championships in Australia, which ended in a charge of common assault following an altercation with two teenage girls at his hotel the day before the race, Van der Poel was perhaps more eager than usual to end his route. campaign with a victory. However, he was not on board the key move containing team-mate Jay Vine who broke free just before the local laps around Vicenza, and he elected to retire from the race shortly before the finish.

On Friday at Serenissima Gravel, Van der Poel lifts the curtain on a campaign which, he admitted, had been more trying than normal. A nagging back injury delayed the start of his road season until mid-March, and he looked to make up for lost time by combining the Classics, Giro d’Italia and Tour de France.

Winning the Tour of Flanders and day one of the Giro were the highlights of that streak, but in July when he retired from the Tour, Van der Poel’s fatigue was evident, even though he rallied with a hat-trick of victories in the build-up to that doomed trip to Australia.

“I think this year the mental fatigue is a bit more important than the physical. There isn’t much left,” Van der Poel said on Wednesday morning. “The Gravel Worlds is something I wanted to do because it’s a bit special, but these two races came in addition. I will be happy if I can take a short break again after Friday.

At this point, Van der Poel has yet to decide on the finer details of his 2023 calendar, but he can already imagine the broad brushstrokes. After missing most of the cyclo-cross season last year, he will return to the off-road circuit this winter, while his road schedule will focus on the Classics and the Tour.

“For sure, I will only do one Grand Tour next year,” Van der Poel said. “I think this year was a bit exceptional too because there was a chance to take the pink jersey at the Giro, but otherwise I will do the same as in previous years: just 10-15 cyclo-cross races, then I’ll prepare for the Classics season, then rest and go for the Tour.

“I will decide when my cyclo-cross season will start after taking a break, but I think it will be the end of November somewhere there, but I’m not sure.”

Van der Poel’s diverse all-terrain engagements have him swinging between road, cyclo-cross, mountain bike and now gravel events across the calendar. One season seems to bleed into the next and there is little precious respite to be had. Only the back injury that hurt him last winter offered respite from competition, although the lengthy rehabilitation process could hardly be considered a break.

In a week that saw Vincenzo Nibali, Philippe Gilbert and Alejandro Valverde end careers that span nearly two decades or more, Van der Poel admitted he and his contemporaries were unlikely to match the longevity of previous generations given the ever-increasing demands. of sports.

“I read an interview with Serge Pauwels last week, where he said that the new generation will only last until their thirties, maybe 35, but more like Gilbert and Valverde. I think that makes sense said Van der Poel.

“I think it’s the evolution of cycling. If you look [Juan] Ayuso, too, is 19 and already on the podium of a Grand Tour. For me, it’s not possible to do that for 15 years, but it speaks for me. I can only speak for myself. As I feel now, I will certainly not continue until the age of 40.