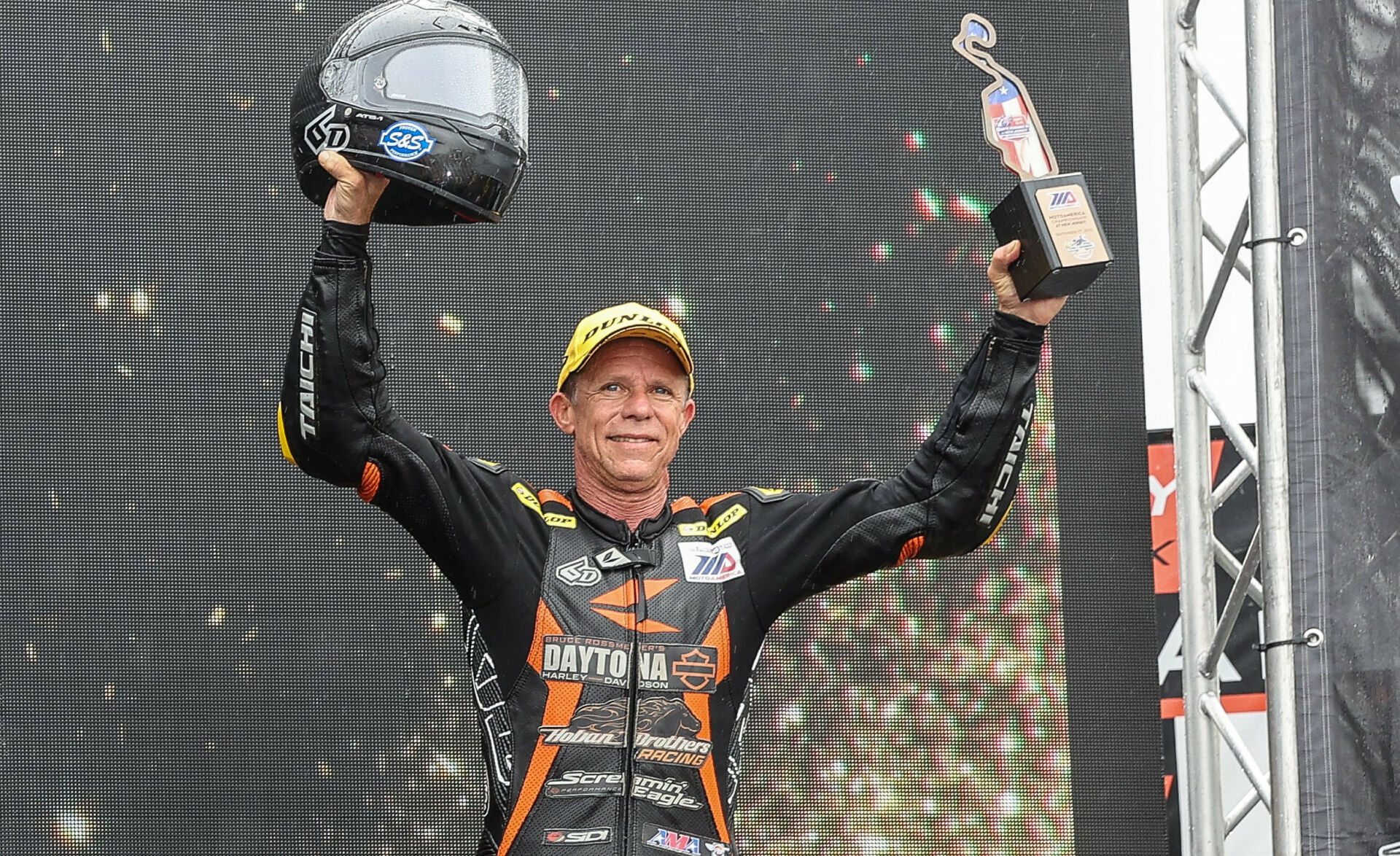 Barnes began his racing career in 1987 at a CCS race at Moroso Motorsports Park in his longtime adopted state of Florida. In 1989 he won the AMA/CCS 600cc Supersport National in the wet at Daytona, and his career was launched.

Over the next 30 years, Barnes competed and stood on the podium in every AMA Pro class except Superbike, which he competed in often, including his first AMA Superbike race on a Harley-Davidson VR1000. in 1995.

In addition to AMA Pro road racing, Barnes has also competed in ASRA, Formula USA, and WERA events (where he won multiple national championships); the Macau Grand Prix (where he had a better finish of fourth); the FIM Endurance World Championship (including the Suzuka 8 Hours); and the MotoGP World Championship.

Along the way, Barnes has competed on 15 different motorcycle brands and won on seven different tire brands.

Barnes won his only AMA Pro Championship in 2012 on a Harley-Davidson XR1200, but the crowning achievement of his long career came in 2016 when he rode a Yamaha YZF-R6 to victory in the Daytona 200. And in doing so, Barnes, 47 at the time, became the oldest runner to win the race by an 11-year margin!

Barnes’ last Pro race, a BRL Custom Dynamics Bagger GP, was held this past weekend at Daytona International Speedway. Riding his Daytona Harley-Davidson/Hoban Brothers Road Glide, Barnes took pole position with a time of 1:55.438, which was faster than Travis Wyman’s MotoAmerica Mission King Of The Baggers pole time of 1: 55.687. Then in the race, Barnes led and set the fastest lap time, a 1:54.941, but a broken shifter linkage forced him to go the final 1.5 laps while shifting by hand, which led him to finish fourth.

“It was the last, last race,” said Barnes, who now resides in the Atlanta, Georgia area. “I was really looking forward to doing the [MotoAmerica King Of The Baggers] race in March so after missing it I was really looking forward to experiencing the bagger on the bank. It was a hell of a way to end, because I’m glad it’s over. Driving these things is safe, and Daytona adds to that. I’ve never been one to balk a lot at Daytona, but these things are a lot to think about. I was relieved when it was over.

“It was interesting. I immediately accepted the result of that race. I had really hoped to come out winning the last race. We were definitely on track to do that, but I had this quick reminder of what what racing is. Little things like this happen. I had to accept this many times before. This one was easy to accept, mainly now because I’m fine and now Anne [Roberts, Barnes’ fiancé] and I can get on with our life and she doesn’t have to worry about my racing anymore and I don’t have to worry about chasing paychecks on the circuit anymore.

So what comes next for Barnes? “I just took my CDL exam and passed it with flying colors. I am taking a job as a driver with MotoShippers (www.motoshippers.com), and will be starting at the end of the month. We haul everything from personal vehicles at auctions and at dealerships.”

Asked about his thoughts looking back on his 35-year career as a professional pilot, Barnes said: “Many, many, many thoughts. First and foremost, I was extremely lucky to be able to do this for so long, to be involved with more teams than I think anyone has ever been involved with. I know it’s in the 70s as far as the teams I raced for. Then there’s the number of people I’ve met from across the country and around the world, all travels around the world.

“I’ve just been really, really blessed to have the opportunities I’ve had. I’ve often come to terms with the fact that I never made it as a factory rider on a Superbike team and that I made a lot of money, but I’m grateful and have no regrets because of the opportunities it allowed me. I was never tied to anyone, and it allowed me to have these experiences I could write a book, and maybe one day I will.

Learn more about Michael Barnes and his incredible career in the May 2022 issue of World of road racing and motorcycle technology.