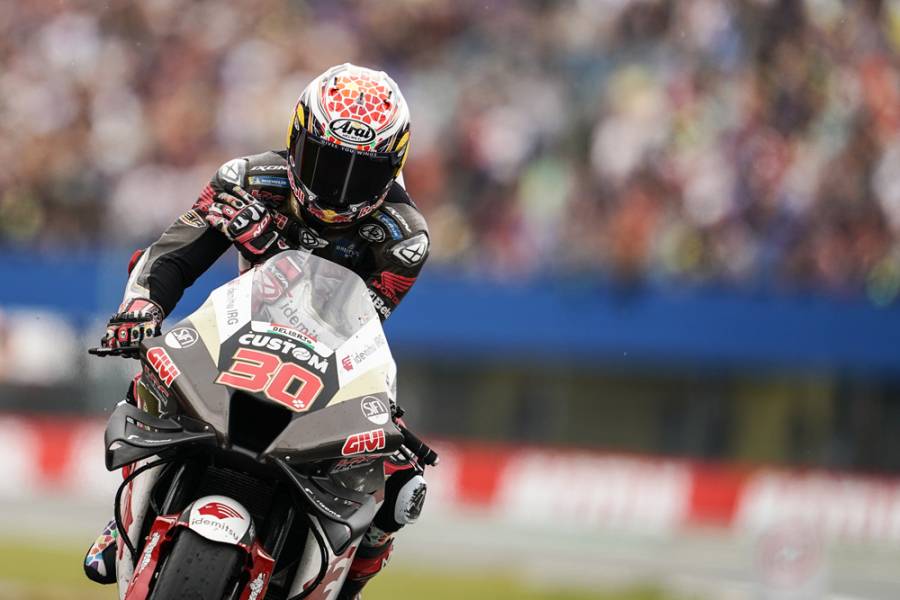 The race was watched by more than 104,000 fans, the first time a packed house of spectators was able to attend MotoGP’s longest event since 2019, before the global pandemic.

The 30-year-old crashed heavily during practice at the German GP last weekend, injuring his ribs. He started this race but was forced to give up because he was having trouble breathing.

After numerous treatments over the week, Espargaro bravely took part in Friday practice here, but aggravated his rib injury while riding. This is why yesterday morning the former Moto2 World Champion and his team made the decision not to race today and focus on getting back to full fitness.

That left Nakagami as Honda’s biggest hope at MotoGP’s most historic event, the only remaining venue from the inaugural 1949 motorcycle world championships. The 30-year-old from Chiba qualified 12th yesterday and got off to a great start this afternoon, working his way into the top ten and battling his rivals throughout the 26 laps.

Unfortunately, he was penalized with a long lap penalty for going slightly over the track limits and losing positions as a result.

At the finish, Nakagami was 12th, less than a second behind three-time 2022 race winner Enea Bastianini (Ducati) and just two seconds behind eighth. MotoGP is currently so tight that his race pace was only four tenths of a second slower than the winner.

The race was eventful, with several crashes and incidents and light rain falling in the final stages, but not enough to get the riders into the pit lane to swap their bikes fitted with rain tires.

Alex Marquez (LCR Honda CASTROL Honda RC213V) knew today’s race would be a real challenge, having qualified 21st yesterday afternoon, due to a misunderstanding between driver and crew. The 26-year-old Spaniard has done everything in his power to push forward since his seventh start, finishing the first lap in 14th place and setting a good pace in the opening stages. However, he struggled with rear grip in the later stages, having used the rear tire so much in the early laps. He finished 15th, scoring one point.

Honda MotoGP test rider Stefan Bradl (Repsol Honda Team Honda RC213V) finished the race in 18th place. The 32-year-old German, who replaces Marc Marquez, was quite happy with his racing pace, gathering important data for Honda engineers to further improve the 2022 RC213V. Bradl and the Honda MotoGP test team have planned a test in the coming weeks, during which they will evaluate the latest updates from Honda.

After four races over the past five weekends, the MotoGP paddock is now entering a five-week mid-season break, increased by three weeks due to the recent cancellation of the Finnish GP in July. The championship will resume at another historic racing venue, Silverstone, for the British GP on August 7.