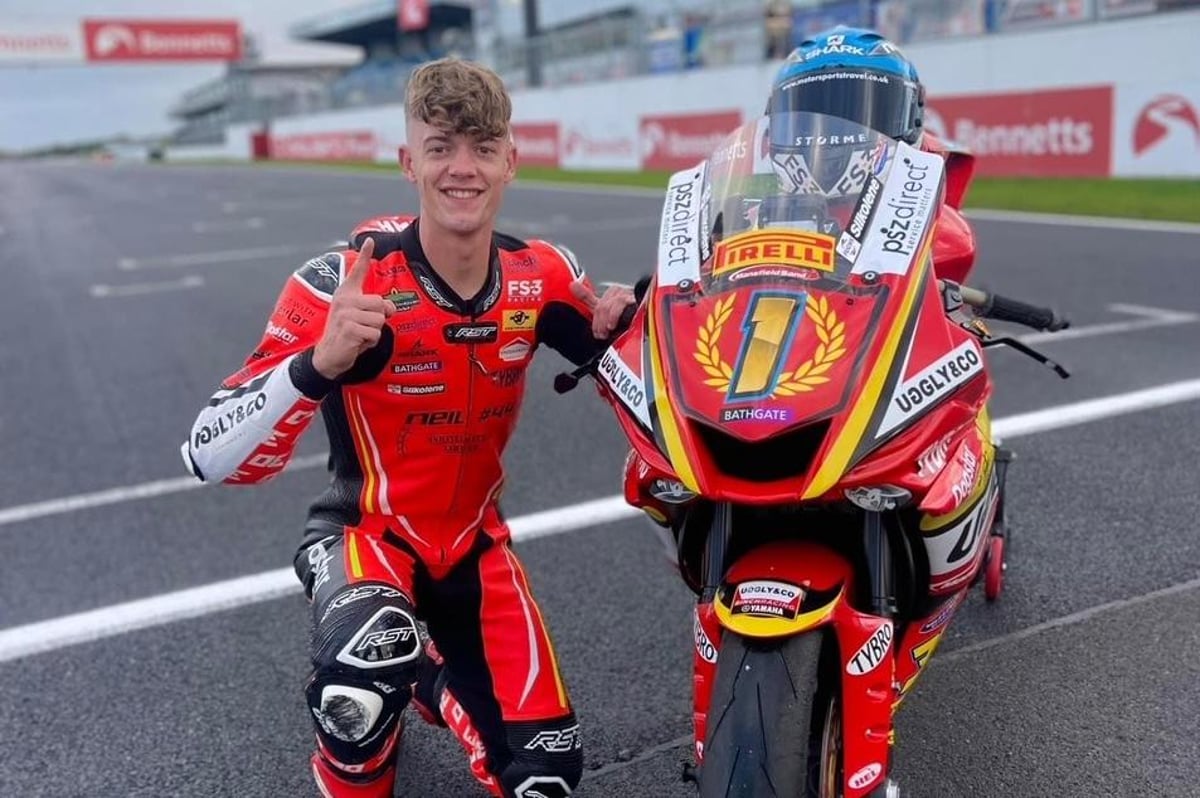 Despite the championship moving to Brands Hatch for the season finale next weekend, the team and Max have now agreed to withdraw from the Junior Superstock class to try something different.

The team will compete at Brands Hatch but not on their original 600 machine.

At Donington, the two free practice sessions on Friday were severely hampered by bad weather.

But the sun rose for Saturday morning qualifying which saw Seth Crump, Max Cook, Sam Laffins and Aaron Silvester in a four-way dice for Pole Position.

Max stopped on his new rear tire on lap 8 to try and find some space on the track.

Despite sitting comfortably third on the timesheets, Max wanted a gap on the circuit so he could piece together stronger sector times.

Unfortunately, this was not the case and the traffic turned out to be too heavy. As the checkered flag went out, Max finished the session in second place for a front-row start to the race.

Unable to hide his disappointment and frustration at not getting another pole position, Max was very happy with the bike and made it clear he had more to give and there was more to come.

A little earlier than usual, the Junior Superstock race formed on the grid.

Crowned class champion only the previous week, Max wanted to continue his rich series of forms.

The lights went out and Max got off to a perfect start taking the lead into the first corner at Redgate. Fortunately for Max, he was not involved in the incident behind him at the first corner.

Fellow Yamaha rider Aaron Silvester moved from fourth on the grid to take third place before getting in front of hapless Sam Laffins, forcing them both into the gravel that would be the end of their race.

Max spent the first few laps warming up his tires before pushing for the lead.

He nodded to the team on the pit wall and now it was time to put on a show for the exceptional crowds at the team’s home circuit.

Lap after lap he was setting near perfect lap times to break up the chasing pack. Max took the checkered flag on lap 14 with a 3.46 second lead, once again delighting the whole team.

It didn’t matter because the championship had already been secured, but it was very clear how happy Max was to get the number 1 plate to the line first.

Max and the bike returned to the team canopy to be greeted with huge cheers and applause from family, friends, sponsors and adoring spectators.