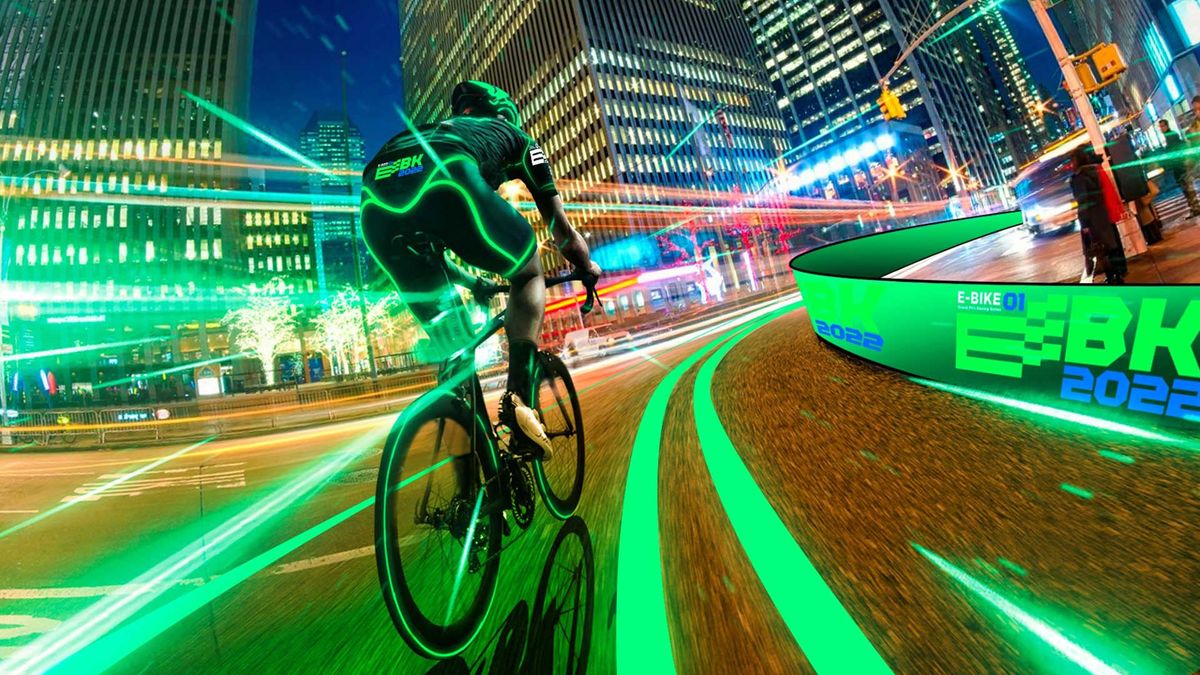 Plans are underway for a new e-bike grand prix, which will involve professional racers racing e-bikes at “highway speeds” along city roads.

The EBK Grand Prix series is set to begin in 2022, with 10 events spread throughout the year. Each race will last one hour and will take place on closed roads with additional obstacles for an added challenge.

With speeds of up to 70mph, the bikes used in the EBK Grand Prix series will likely be quite different from our current top-rated e-bikes – the Cowboy 4 and Ribble Hybrid AL e – but the actual riding experience might not. be too different.

Different countries have different rules on what qualifies as an e-bike. In the UK, where Cube International is based, an e-bike’s motor only needs to be turned on when the rider is pedaling. The motor must have a maximum power output of 250 watts and a top speed of no more than 15.5 mph.

A bicycle that meets these criteria is treated the same as a regular bicycle, but those with more powerful motors, higher top speeds and throttle controls are classed as mopeds and should only be ridden only on roads with proper tax and insurance, plus a license.

Although their motors are far too powerful for regular road use, it seems that EBK Grand Prix racers still rely on some pedal power. Cube International says the courses will include 20% uphill sections that “will push riders into their red zone, forcing them to deplete their limited energy reserves.”

Modern battery designs mean e-bikes are capable of quite impressive ranges, but fast speeds and challenging terrain can significantly reduce this. If you are planning a long ride, it is important to plan your route and ration your energy consumption so that you have enough for the more difficult sections of the course.

EBK riders will need to use the same type of strategy and may need to do some serious pedal work throughout each run to maintain enough power for the hills.

Nor will they stick to a set plan throughout the race. While weekend drivers must map their energy consumption in full before setting off, Cube International says teams will be able to adjust their on-track strategies using live data feeds – which could lead to more interesting and dynamic races than Formula 1 events where strategies are defined. through meticulously planned and rehearsed pit stops.

Carbon emissions are a tough problem for motorsports. Formula 1 is notoriously high in carbon; gasoline-powered cars themselves emit a substantial amount of CO2 during races, but the real damage comes from transporting teams and equipment around the world throughout the racing season. In 2018, the Formula 1 group itself calculated its total carbon emissions at 256,551 tonnes, not counting all the fans traveling to attend the races.

The organization hopes to reduce emissions to zero by switching to zero-emission cars, using renewable energy for offices and factories and offsetting unavoidable emissions through sustainability projects, but it will be a long road and F1 has set a deadline of 2030.

Formula E has been certified as producing net zero carbon from the start using the same strategy, but there’s a chance the EBK Grand Prix series could go further.

The e-bikes themselves are zero emissions, and Cube International says teams will only undertake “essential journeys”, but cities will also need to agree on a set of sustainability targets before hosting a race.

Perhaps more importantly, the series has the potential to make e-bikes cool. E-bikes are gradually losing their stigma, but there are still riders who see them as “cheating” and not a good bike. If the new racing series is successful, it could help erode that reputation and prove that riding an e-bike can still require real physical stamina and skill, especially when you hit up to 70mph in the middle. of a city.

If that’s the case, and people are tempted to try e-bikes rather than more polluting vehicles, the series could have a much longer-term impact than any individual race.