Epic Electric Scooters has been in the works for about two years, said owner Tafadzwa Mpaso, which began offering electric scooters to the public on September 2.

“I know in PEI the government is doing a lot to address climate change, but I always felt like I had to do something,” Mpaso told SaltWire Network in an interview. September 12. 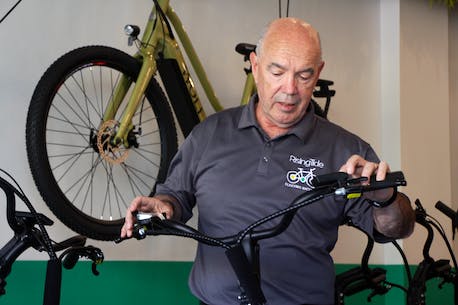 Mpaso came up with the idea after traveling around Nova Scotia and seeing dozens of people riding electric scooters.

From there, he began researching how new technology could help reduce carbon emissions in the province.

“I am a person who likes to live sustainably, so it was very important (to) make sure I had done all the research,” Mpaso said, adding that micro-mobility is a good idea for the province. because the vehicles are small and fast. , making them ideal for the roads of Prince Edward Island.

From a business perspective, the scooters are also very affordable to maintain, and offering an alternative green solution that doesn’t break the bank was one of his goals, Mpaso said.

Resupplying the transportation system in Prince Edward Island is what the province needs to do to achieve net zero, he added.

So far, public response has been positive, from locals and visitors alike, Mpaso said.

“People love it, we’ve had emails from people thanking us for bringing e-scooters to PEI”

The city supported the business decision, Mpaso added, saying he had no trouble pitching the idea and getting the green light.

“I explained the whole concept, they liked it and thought it was a good idea for all of PEI. It was not complicated,” he said.

“Buying an e-scooter can cost anywhere from $200 to $2,000, so it was important to have a rental option in town for people who can’t afford one.”

For his business, Mpaso says people download an app and then scan the actual scooter, which unlocks it. People are billed through their Visa credit or debit card at a preset rate of $1 for the first minute and 29 cents per minute after that. The scooters can be accessed at multiple locations around town and can be returned to any of these locations.

Safety regulations have been carefully considered, with each scooter initially fitted with a helmet. However, some of the scooters have already had helmets stolen, which the company plans to address next season.

“We’re replacing them because we have a lot more, but by next year (it’s planned) to have helmets built into the scooter,” he said.

This means that the helmet will be locked to the scooter and will only be accessible once the scooter has been rented.

The app also provides rules upon login on how to use the scooter and contains a link to road safety information and provincial driving laws.

The company also works with the Charlottetown Police Department to ensure complaints or violations result in suspension of use of the app.

It is insured, but if the rules stated on the app link are not followed, the scooter driver will be held liable for any damages.

“If we get any reports from the city police or anyone, we investigate to see what’s going on and then we deactivate the account,” Mpaso said.

When contacted about new e-scooters hitting the streets of Charlottetown, no member of city council addressed the issue directly. However, information was provided on the regulations for e-bikes. As of July 8, 2021, Prince Edward Island’s new regulations state that e-bikes must follow the same rules as traditional bicycles on the roads. Helmets must be worn and the speed cannot exceed 32 kilometers per hour.

At a city council meeting on September 12, the city’s traffic regulations were amended to include the definition of electric-assisted bicycles, in accordance with the Highway Code.

The city is aware of e-scooter initiatives (external, third-party providers) that have recently been launched. However, the focus is currently on reviewing and making recommendations on a municipal program that supports e-bikes, a City of Charlottetown spokesperson said.

“Our hope is that safety (such as helmets) and traffic regulations will be adhered to as users take advantage of our multimodal transportation network,” the statement said.

The municipality does not have an official regulation for online electric scooters at the moment.

Rafe Wright is a reporter with the Local Journalism Initiative, a position covered by the federal government. He writes on climate change issues for the SaltWire Network in Prince Edward Island and can be reached by email at [email protected] and followed on Twitter @wright542.