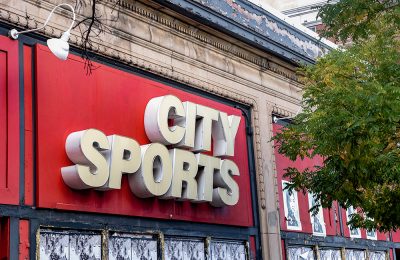 Several developers filed plans to replace the former City Sports at 1035 Commonwealth Avenue in Allston – which closed in 2015 – with a mixed-use building last Tuesday.

According to the project application, the new development would be a six-storey building with five floors for residential use, with the ground floor for commercial use. Seven of the 55 units would be sold as affordable housing.

The development cost is estimated at $15 million, and while the building will not offer off-street parking, it will construct 74 bicycle parking spaces.

Now that the application for review of the small project has been filed, the plan is open to the public comment period, during which anyone can submit their thoughts on the project to the Boston Planning and Development Agency, said Anthony D’Isidoro, president of the Allston Civic Association. .

At least one public hearing will be scheduled by the BPDA, where the agency will introduce the development team to the community and make a formal presentation of the project, D’Isidoro said.

“Sometimes, depending on if there’s a lot of pushback or a lot of changes that people would like to see made,” D’Isidoro said, “they can come back with a second meeting.”

After the public comment period, the BPDA board and zoning appeals board will hold hearings on the project, D’Isidoro said. Construction will begin once the project has been approved and a building permit has been obtained.

D’Isidoro said Boston is the second most expensive city in the nation when it comes to renting and home ownership.

“What it takes, in terms of income and down payments, to buy something in our community today isn’t really applicable to most people,” he said. “Given the severe housing crisis we are experiencing in our city, any time a reasonable and appropriate project comes along that provides additional housing should be seen as a positive thing.”

D’Isidoro said he was unsure how long it would take for the project to be approved. Allston residents have voiced their opinions on the new development.

“Allston is a student town, but there are also a lot of people who live and work here,” said Allston resident Billy Eng. “I don’t want to push people away, but it’s just like, oh, the rents are going to go up and the workers are in trouble… but it can help everybody.”

Allston resident Ashley Acuña said she thought local businesses would benefit from a new residential building, however, she said she was concerned about how the new development would affect residents and prices housing.

“The T is really close,” she said. “Already sometimes, at peak times, it’s really cramped. So if there are more students or maybe non-students moving to the area, it might create a bit more traffic using public transportation.

The public comment period will end on December 2, after which the plan will await council approval.