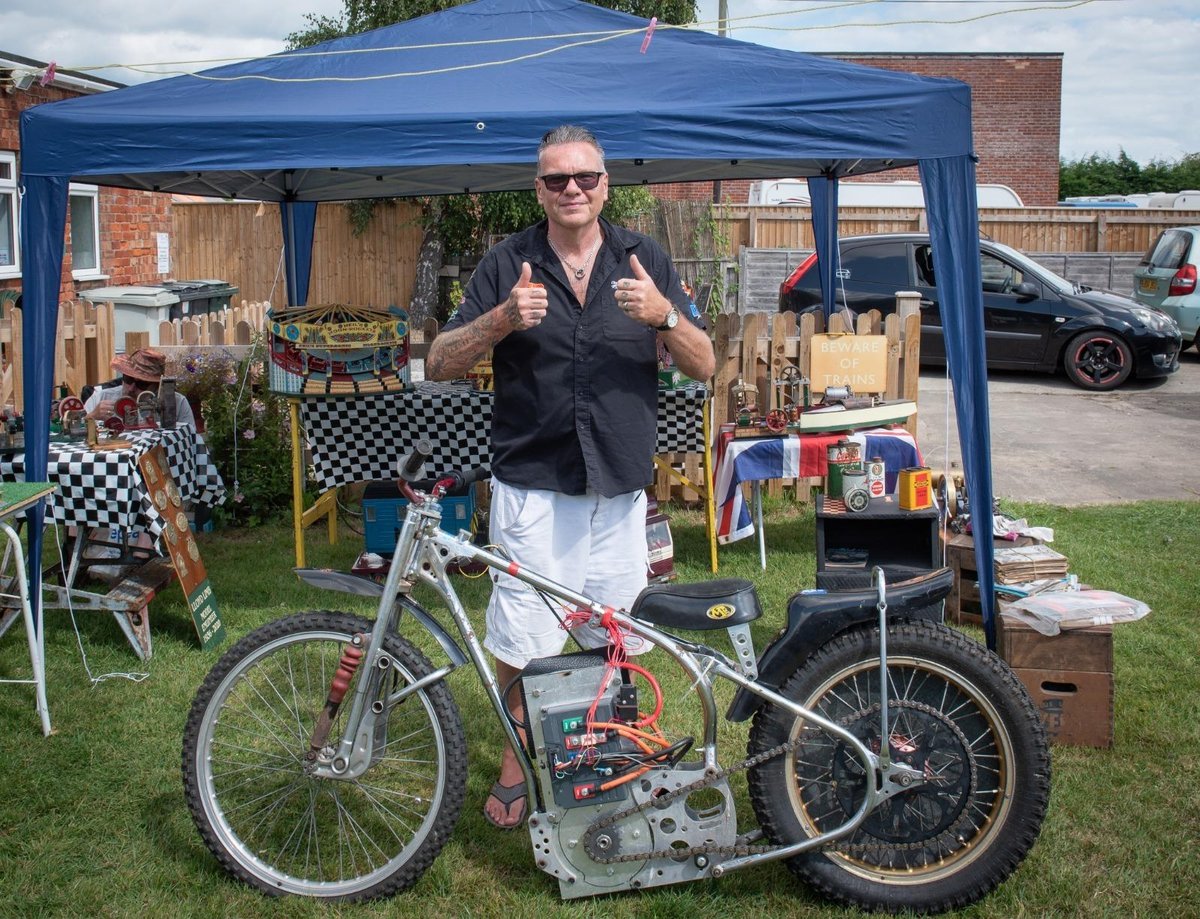 “The blind guy Nigel” with his Speedway e-bike.

So-called ‘blind’ Nigel Limb lost most of his sight in a motorcycle racing accident in 2015, which left him fighting for his life and in a coma for 11 days.

He can now only see silhouettes and colors in good light, but this setback hasn’t stopped him from living life to the fullest.

And now he thinks he’s built what could be Britain’s first-ever Speedway e-bike.

While Speedway e-bikes are used in mainland Europe, it is believed that Britain has yet to launch electric versions of Speedway bikes.

“I know quite a few people in the industry and nobody had ever heard of it before he said I did a lot of research and nobody heard of it, so I thought I was going to try,” he said. .

“The truth is, I need to do these things to stay sane, and for me, it helps keep my brain active and thinking about things to do.”

An auto electrician for many years before his accident, Nigel had already managed to install a solar panel in his workshop so that he could charge his electric mobility scooter, as well as his power tools and radio.

“It makes my heart smile that I use my scooter and my radio with our provided by the sun,” he added.

While admitting it sounds like ‘Frankenstein’s monster’ at the moment, Nigel said he thinks Speedway e-bikes will soon be as popular as gas-powered ones, as Speedway fans of the future are much more open to alternatives. environmentally friendly.

People like me are gas enthusiasts and Speedway is an assault on all the senses – the smell of gas, the noise of the bikes, everything,” he said, “but I think the kids today will absolutely embrace e-bikes because they’re much more open to green things, so I think they’re really into e-bikes.

“I want to show that it can be done and it can work, and there’s no excuse for automakers not to embrace electric vehicles,” he added, “If someone like I, a blind guy, can make this work, there’s no reason a proper company with the proper technical know-how and engineering can do this.

Nigel has now been invited to be a guest speaker to share his experiences at the famous Brooklands Museum in Weybridge, Surrey – touted as the birthplace of British motorsport, aviation and home of Concorde.