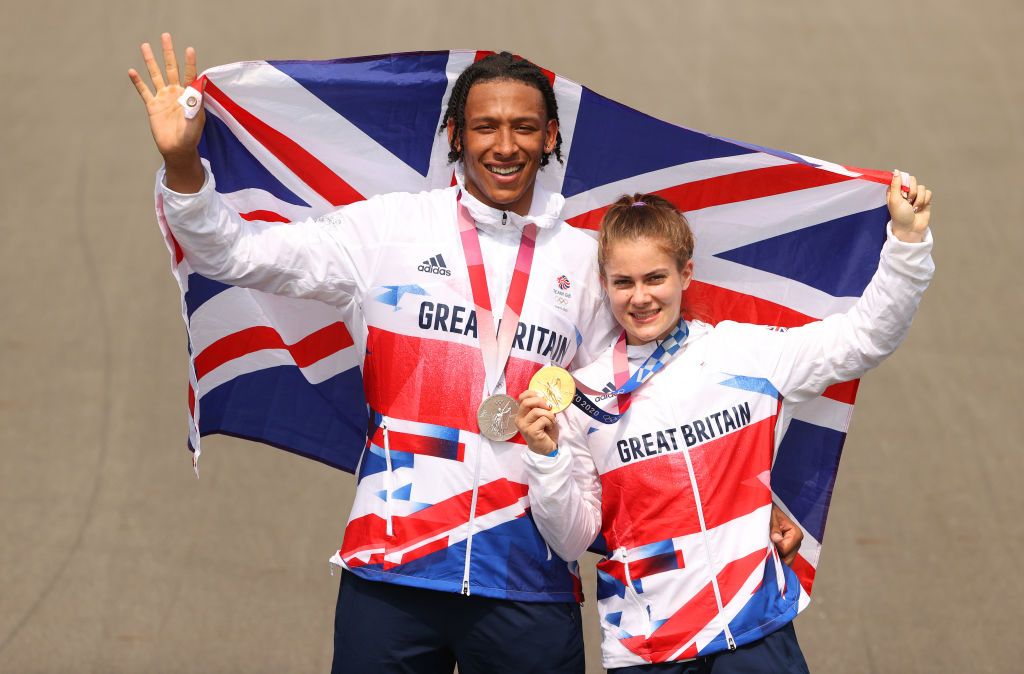 It was gold and silver for Great Britain in the BMX race on Friday, with Bethany Shriever winning a close battle with two-time Olympic champion Mariana Pajon (Colombia) in the women’s event at the Games Tokyo Olympics, while in the men’s race Kye Whyte won the silver medal behind the Dutchman Niek Kimmann.

The men’s final was the first, with Kimmann and Romain Mahieu (France) the best qualifiers for the semi-finals. However, it was 21-year-old Kimmann and Whyte who were the quickest out, with the pair settling into their final position by the first corner. Colombian Carlos Alberto Ramirez Yepes fought his way through the field to claim his second Olympic bronze medal, having also finished third in the event in Rio. Mahieu finishes sixth.

Then, when the women lined up to tackle the tarmac track filled with jumps, embankments, rolls and berms, it ended in the wire.

The 22-year-old British rider Shriever, who had delivered a powerful performance in the semi-finals, was quick to take the lead after the start hill and fought not to give up her position at the front, but it wasn’t easy keeping the experienced Pajon out. The Colombian – who won gold in 2012 and 2016 – closed quickly but Shriever just held her off the line.

“I had no idea if I was far ahead or if they were close, so when I smelled her there, I was just like, ‘Keep it smooth, keep it smooth’ and I managed to have just enough legs to reach the finish line, and obviously it killed me there, but it was worth it,” Shriever said after winning Britain’s second gold medal in Games cycling.

“I’m just in pieces. I gave my best today and to be rewarded with a gold medal is truly breathtaking. I kept my cool today, kept it simple and it worked. I’m on the moon.”

Dutch rider Merel Smulders took bronze, bringing another to the family after her sister Laura finished third in 2012. Felicia Stancil of the United States finished just outside the medals in fourth.

The semi-finals and finals took place 45 minutes later than scheduled as it was raining when the event was originally scheduled, with workers on the course sweeping up and blowing puddles. The rain, however, cleared and the water in Ariake Urban Sports Park was mostly mopped up before the start of the competition.

The men’s and women’s field had already been reduced to 16 before the semi-finals, reduced again to eight with three points for each of the groups in the semi-finals, which took place just before the medal-winning points. A crash in the final run of the men’s semi-final meant the Olympic gold medalist from Rio was not in the medal hunt, with Connor Fields of the United States qualifying but not at the gate departure after the heavy fall.

Australia’s Saya Sakakibara only missed qualifying for the women’s final by one spot after falling in the third semi-final, while teammate Lauren Reynolds qualified and posted the best result of her three Olympic appearances, taking fifth place.