Opinion: The Bike Wild Hunt: When I found my stolen bike for sale online, I was determined to get it back 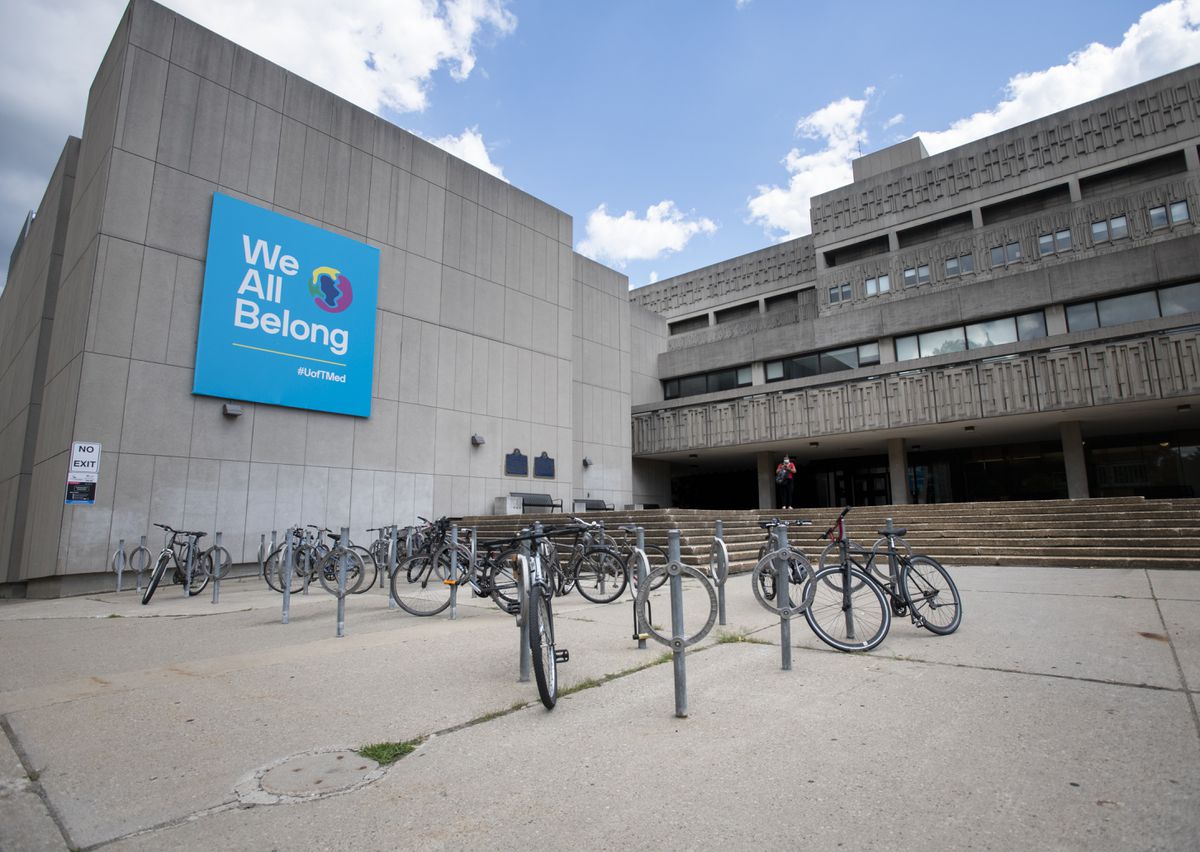 Opinion: The Bike Wild Hunt: When I found my stolen bike for sale online, I was determined to get it back

Yohani Mendis is a Toronto-based writer.

The night I discovered my stolen bike in the ring and post bike stand, I should have accepted it as a loss.

Four years of living in downtown Toronto without incident had made me carefree – a fact I came face to face with when I found the bike gone, one front wheel stuck on the ring and the post on the left to greet me. Most people who walked past me on my hour-long ride home in the thunderstorm that night in 2014 avoided the harrowing figure as she mumbled half-formed sentences to herself.. At 23, the idea that I could track down a bike thief in a city of three million people seemed entirely plausible to me.

And so, when the next night I found myself gasping at the photo of my bike for sale on Kijiji, I felt like the universe had answered my cries for help. There was my stolen bike, under the caption “21 Speed ​​Gary Fisher Mako Hardtail for sale”.

Writing a discreet email to the thief has become an exercise in creativity. I finally decided to keep it simple: “Is this bike still available?” I pressed send, feeling mildly insulted by the low asking price listed for my bike. Within minutes, a response appeared in my inbox. “Yes, he is available. Are you going to buy the bike for $120? I paused, considering the proposal to meet this person. “Yes. I really like this bike. A minute later came the response that made my heart skip a beat. “Meet me tomorrow at 10 a.m. at Prospect St. and Houses of Parliament, outside Pizza Pizza. Here’s my cell number, call if necessary. Good evening.” The warm approval, probably an afterthought, seemed odd coming from the person who had just stolen my bike and was now expecting compensation.

I briefly considered my options. I could play it safe and pay the ransom for my own bike. But I was also a nearly broke recent grad and, even more emboldened by my luck at this discovery, I wanted this thief to take some responsibility. The day before our scheduled meeting, I dialed the Toronto police emergency number. The woman on the phone looked unimpressed as I let out the volatility of the situation. “I’m meeting the man who stole my bike at 10:00 tomorrow. Can you send a backup? I asked hopefully. “We don’t have time for that. You should file a missing bike report instead,” she replied. My excitement deflated like a flat tire.

“But I’m telling you, I found my bike – there’s no shortage if I know where it is and who took it,” I said, but the operator emphatically wished me luck and put end the call. I should have taken the hint, but I was riding a high wave and didn’t want to let the momentum drop. In the test To give up, the writer Rebecca Solnit addresses the phenomenon of youth, as that of “bringing the fearlessness of children to acts with consequences for adults”. In my early twenties, I peddled this precarious balance exercise. It didn’t matter that my bike was stolen in the same town that was home to the world’s most infamous bike thief (Igor Kenk’s name will be familiar to many); the same city where the recovery rate for a stolen bike hovered around 1%. When morning came, I hopped on the eastbound tram and called the police hotline. I have another disinterested operator. That is, to the point of mentioning that I was minutes away from a potentially dangerous encounter. His voice intensified in alarm.

“Madam, you realize that you are entering the line of danger. Give me the address, I’ll send someone right away. His voice came closer to sympathy for my ignorance, and for the first time in many months, I felt a little less isolated in the city. At the beginning of the summer, my mother had sold our house and left. She had asked if there was anything I wanted at home, before things were divided into piles of shipping and thrift. Folded up in the garage, a metallic sheen caught my eye. The Gary Fisher hardtail mountain bike stood in the corner. Once a shared property with my brother, it was a relic from the early 2000s when our family still lived in the Arabian Gulf. Now that my brother was leaving for college, he no longer had any use for it. The bike was a memorable and integral piece of the past and my childhood, and I jumped at the chance to own it and ride it again.

My heart leapt into my throat then when old Gary Fisher appeared around the corner, chained to a railing. Suspiciously – or maybe, it’s common practice for stolen city bikes – no one stood nearby. Not daring to approach, I paced the parallel sidewalk, pretending to be on the phone to avoid looking at the bike and drawing attention to myself. After an uncomfortable lapse of time, a policeman arrived, in full uniform and in a police car. I backed away as he walked towards me, realizing the thief was probably watching the scene unfold from a safe vantage point.

“So that’s the bike,” he said, looking at it. He introduced himself as Charles. I went through last night’s email thread, looking for the cell number. As we stood on the sidewalk, passers-by cast furtive glances at us, making each of them a prime suspect in Charles’ eyes. He arrested more than half a dozen men, ordered them to hand over their phones and made me dial the numbers on my own phone. We waited for a sign. None of the phone screens lit up and the men rushed over looking relieved and confused. I was filled with regrets for getting them into this mess, but I didn’t expect the thief to be hiding either. Gotta give him some credit – he had the street smarts to stay out of sight. Beside us, Gary Fisher played the silent witness on the asphalt. The old thing had scratches on every square inch. In truth, it was nothing worth stealing. What was I doing in this crazy bike chase?

Living alone in the heart of downtown, the bike had given me a knack for flying when I needed to escape late night close calls in dangerous situations. Gary Fisher had been there for me when I first learned to ride; he had seen me fall countless times on the tarmac road outside the house I grew up in, in a time when scrapes and cuts healed overnight, in a country I once considered like my house. My fear of losing the used bike was really a scapegoat for the loss race against time and age that was catching up with me. I wasn’t ready to let go.

After what seemed like an hour of waiting but maybe five minutes, there was still no thief in sight. Charles’s patience was wearing thin. He was the spitting image of a policeman and a golden standard bearer for the police: polished shoes, a neat haircut, an air that commanded respect – fear too, because of the looks of people who made room for him as they passed.

“If he doesn’t show up soon, I’m afraid I can’t help you with this matter,” he said. “I can’t just break the lock without proof of theft.” He would leave, with or without returning my bike.

“I’ll back my car into the next driveway and wait a bit,” Charles suggested, seeing desperation fill my eyes.

I wasn’t the only one in despair: as soon as Charles backed his car into the empty driveway, events began to unfold in an almost surreal way. Across the street, a short man reserved it for Gary Fisher, swiped it unlocked, and jumped down. He started pedaling, turning his head to greet me with a smirk. He was quickly wiped off his face as I jumped up and down, waving his hands and shouting at Charles, “He’s leaving!” and here we go: flashing lights, howling siren, action.

The siren caught the attention of a second policeman who was around the corner from the gas station, and his vehicle sped forward, blocking the way of the man’s escape. I ran towards the thief, sandwiched between two flashing police cars at the intersection. As Charles and the other constable came out to confront him, he began to deliver a series of denials. I took a close look at the bike for the second time: it was indeed mine, with its distinct markings and logo, and a new front wheel replaced the old one. The man gaped at me as we sealed a firm verdict on the case: his phone lit up with an overwhelming ringtone when I called his number.

In Ms. Solnit’s essay, she traces the delusions of youth, noting how “young people live absolutely in the present, but a present of drama and recklessness, of acting on impulses”. Retrieving the lost bike was my penultimate uncalculated risk. Less than a year later, I rolled down a hill on Gary Fisher and ended up in the ER. I learned then, from my near-death experience, what Ms. Solnit calls adulthood: “cautious anticipation and philosophical memory that keeps you sailing slower and more steadily.”

But that day, the adrenaline of recovering from the bike kept me going. This carried me through the afternoon proceedings to the affidavit at College Street police station, when Charles asked me for a physical description of the thief for the records. I hesitated at this point for the first time that day, when I realized the man was Asian: just like me. It was personal to talk about this out loud and I kept my mouth shut. Charles laughs at my discomfiture. “You don’t need to feel bad, you know, these are facts,” he assured me. “I am white, you are brown, these are the facts. Nothing to be embarrassed about. We just need a complete record of what happened today. Then you are free to go. I nodded and gave him the information he was looking for, just so I could leave. At the end of the affidavit, he finally got my bike out. He told me that I was the hero of the day. I nodded on autopilot as I sped away with Gary Fisher.