Pandemic may have contributed to rise in bike injuries: bike shops 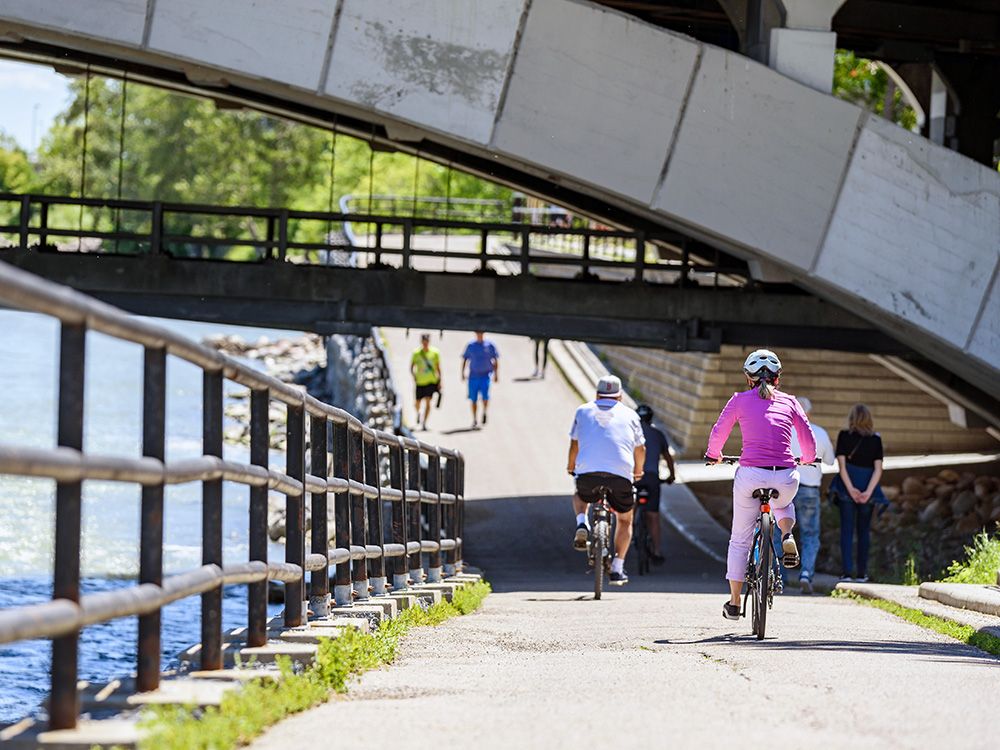 Pandemic may have contributed to rise in bike injuries: bike shops

Several members of Calgary’s cycling community say they believe an increase in ridership could lead to an increase in cycling-related injuries in Alberta between 2020 and 2021.

The Canadian Institute for Health Information (ICIS) published data showing that between On April 1, 2020 and March 31, 2021, the number of cycling-related injury hospitalizations in Alberta increased from 595 to 813, a 37% increase from the previous year. During the same period, the number of emergency room visits for cycling injuries rose to nearly 13,000, from 8,734 previously.

Hank Hansen, bike shop manager at Two Wheel View, said he hadn’t heard of or seen an increase in locally reported injuries or cycling accidents. He said the spike in hospitalizations could come from more people cycling during the COVID-19 pandemic.

“From the early days of the pandemic until now, there has been a real increased interest in cycling, both for recreational purposes and for transportation purposes,” Hansen said. “I imagine the number of accidents is probably pretty close to the increase in the number of people riding bikes.”

CIHI data shows that the increase in injuries was not unique to Alberta — across Canada, hospitalizations for cycling-related injuries increased to 5,255 of 4,190, a 25 percent increase.

Bob Grunewald, chief marketing officer for Bow Cycle, said the fact that Alberta’s increase was larger than the national jump can be attributed to the fact that there were fewer restrictions in place for much of the pandemic in the Western Province than in places like Ontario and Quebec. .

“In Ontario and Quebec, if you had a bike, you’re good, but it was very difficult to get one because a lot of stores were closed,” Grunewald said. “We probably had better cycling growth or more bike sales.”

Grunewald said he also thought increased attendance likely had a large effect on the increase in injuries, noting that he had not heard of an increase in the number of people injured.

Hanson also pointed out that cycling infrastructure generally lags behind the number of riders in North America, and that the pandemic increase in the number of cyclists may have exacerbated congestion.

“The infrastructure can’t keep up, and if it needed improvement before, it will certainly take time to catch up with the needs of more people,” Hansen said.

EMS spokesperson Stuart Brideaux urged Calgarians to wear helmets when riding and cycling within their limits. He said many of the city’s trails have posted speed limits that must be obeyed, and urged everyone to have their bikes inspected and tuned if they haven’t already.

CIHI officials were not available Tuesday to comment on the latest data.

Sign up to receive daily news from the Calgary Herald, a division of Postmedia Network Inc.

Thank you for your registration!

A welcome email is on its way. If you don’t see it, please check your spam folder.

The next issue of Calgary Herald Headline News will soon be in your inbox.

We encountered a problem during your registration. Try Again