Patent Watch: patents and industry have a love-hate relationship 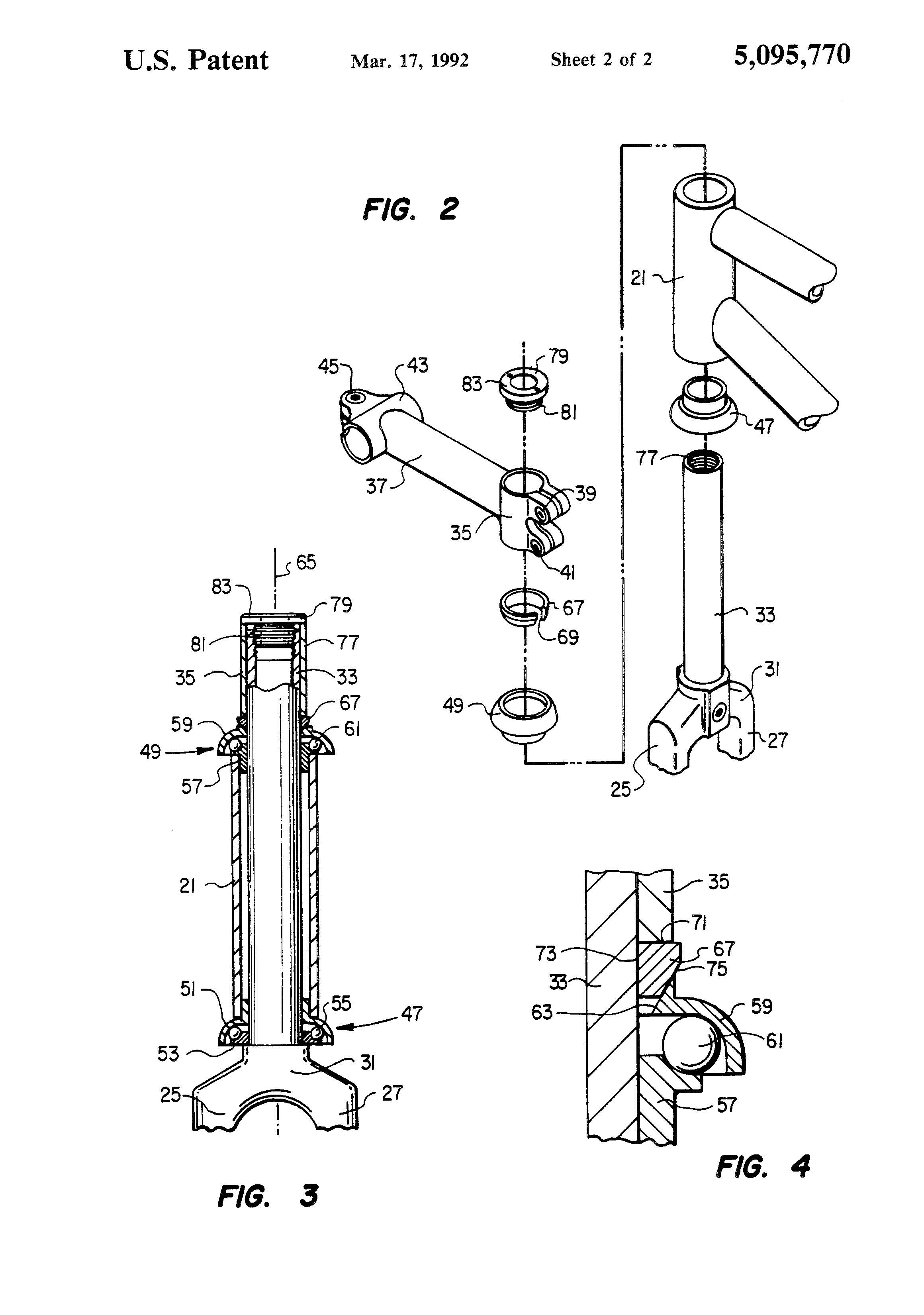 Patent Watch: patents and industry have a love-hate relationship

A version of this article originally appeared in the May issue of Bicycle Retailer & Industry News. Retailers can sign up for a free print or digital magazine subscription.

Common bike industry chatter: “This product is a rip off, total copycat.” Yet one also frequently hears: “Patents stifle new ideas – only lawyers win.” Which of these opposing points hits the mark?

The granting of exclusive rights to inventors for their work is not new: patents date back at least to the 15and century in Europe. In the United States they are part of the Constitution, together with copyright: “Congress shall have power … to promote the progress of science and useful arts, by guaranteeing for a limited time to authors and inventors the exclusive right to their respective writings and discoveries (Article I, Section 8)

Constitutional inclusion or not, patents are sometimes seen as handcuffs to innovation, but their underlying intention is to do just the opposite. In exchange for disclosing all the details of how an invention was made and used, an inventor can get 20 years of exclusivity on what he has created. A two-decade monopoly can indeed seem suffocating. But without such exclusivity, a company could spend a lot of time and money developing new technologies, only for competitors to imitate the new design… minus the R&D costs. Two decades of rights provide a powerful incentive to speculate on new ideas and invest in their development.

There is another aspect of patents that is designed to advance technological development: the description and drawings that are required – essentially an instruction manual on how to carry out the invention. Once a patent expires, the invention falls into the public domain and the rights to the design are free for everyone – along with this instruction manual on how to make it and how it works.

Intellectual property surrounding new technologies is undoubtedly an expensive…and sometimes contentious… issue. To get started, having a patent agent or patent attorney draft a patent application and drive it to grant is neither quick nor cheap – filing to grant takes about two to four years , with a cost between five and five figures. There is no doubt that patenting legal fees are a big item for an independent inventor or a start-up. And it’s not an automatic approval process – around 40% of patent applications never cross the finish line to grant. Patent applications are most often rejected because the Patent and Trademark Office considers the claimed invention to be too similar to one or more prior inventions.

It is the claims of a patent that define the scope of its intellectual property. The description and the drawings should support the claims, but it is the claims that define exactly how much exclusivity an inventor has. And therein lies a potential conflict: One company’s interpretation of patent claims may be different from another company’s, sometimes resulting in patent infringement lawsuits. Enforcing patent rights is the responsibility of the patent owner and requires significant resources: the cost of enforcing or defending a patent varies considerably, but can easily total several million dollars for each party for a full dispute.

With all that money comes the catch: it has been said that patents – and patent litigation in particular – are a game of kings. Some of the biggest companies in the bike industry, including Shimano, SRAM and Fox, have spent millions of dollars in recent years in patent lawsuits against each other. Smaller companies, such as Princeton Carbonworks, Knolly, Intense and others, were also involved. In these cases, it can feel like it’s the lawyers, not the industry as a whole, who come out on top – imagine if those millions had gone to bike advocacy efforts instead. But as is the case with most conflicts, deciding what is fair can be a very difficult matter. This is especially true in patent litigation, where costs can skyrocket when lawyers parse the atrocious legal jargon of patent claims to define who owns exactly what.

Rest assured, it’s not always the lawyers who win with patents. One of the best examples of improving the state of technology in the bicycle industry while rewarding the inventor is the story of the wireless headset. By the early 1990s, virtually all bikes—from cheap department store bikes to craftsman-made steel—used threaded steerer tubes and headsets. Adjustment required large, specialized wrenches, and the bearings were prone to loosening in heavy duty such as off-road riding. Additionally, frame makers had to build a range of different forks, with threaded steerer tubes sized to match the steerer tube lengths.

In 1990, Texan cyclist and independent inventor Homer John Rader filed a patent application titled “Wheeled Vehicle Steering Bearing Assembly”. A key inclusion in the patent claims was the use of an externally threadless steerer tube. The benefits of the system were significant: adjusting a headset and installing or removing a fork from a steerer tube required only a hex key and a light tap. The bearings did not often go out of adjustment. Frame makers could build forks with all steerer tubes the same length. And to top it off, the whole thing was lighter, thanks to the new handlebar stem used.

In 1991 Rader entered into an agreement with Dia Compe USA (which became Cane Creek Cycling Components in 1992) for an exclusive license to the patent. The big improvements over threaded headsets have caused one of the most significant changes ever seen in bicycle component standards.

As an independent inventor, Rader was of course compensated for the use of his patent. As a manufacturer and distributor, Cane Creek controlled the design in the marketplace and used that control to help drive business success. And riders everywhere could adjust a helmet or remove a fork with a single hex key. It’s a patent story we can all love.

Alan Coté is a registered patent agent and director of Green Mountain Innovations LLC. He is a former writer who has contributed to Bicycling, Outside and other magazines, and a former elite-level racer. He also serves as an expert witness in bicycle-related legal cases. Nothing in this article should be taken as legal advice.