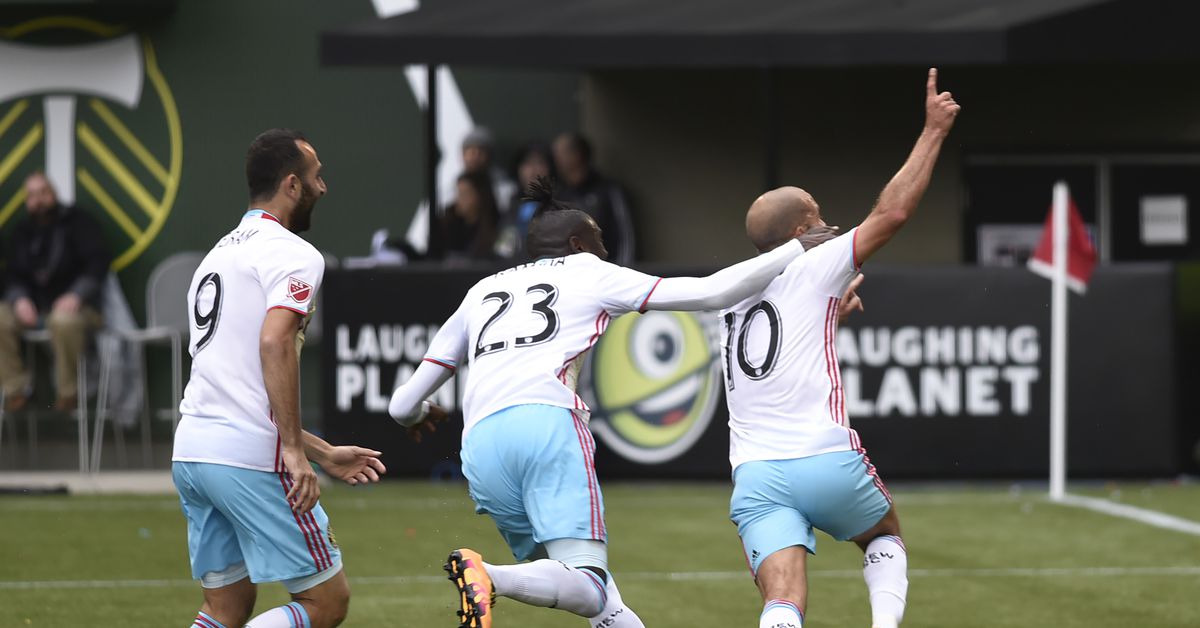 Editor’s note: On Saturday, the Crew will pay tribute to Federico Higuaín. The former midfielder, affectionately nicknamed Pipa, signs a one-day contract to officially retire as a member of Black & Gold. To honor the midfielder, Massive Report will spend this week sharing moments from Higuaín’s career with the Crew.

In the first game of 2016, the Columbus Crew had two ways for the team to start the season. The Crew’s last game of 2015 was the MLS Cup Final. On the Columbus field, an early goalie snafu and a missed throw-in by the officials put the Black & Gold down 2-0 in the first seven minutes against the Portland Timbers then coached by Caleb Porter. The Crew then lost the league match 2-1.

This meant that 2016 was either a year where the team was motivated to get back to the top and complete its ascent, or to pick up the pieces of a crumbled team. It was the latter that overshadowed a difficult 2016 season, but it started with another memorable moment for midfielder Federico Higuaín.

MLS scheduled a Cup rematch between Columbus and Portland to open the year. This time it was the crew traveling west to Providence Park. Donning their polarizing For Columbus kits, the Black & Gold lost 1-0 to a free-kick from fellow Argentinian Diego Valeri.

After Valeri’s 23rd goal from a one-minute free kick, the game remained 1-0 until the end of the second half, when Higuaín, who is entering his fifth season for the Crew, stepped up or skipped, as he recognized.

Columbus moved into the team’s attacking half when winger Justin Meram received a pass outside the penalty area. Meram moved the ball to Higuaín, who did what he often did in this part of the pitch, pass and then run into a position to create an attack.

Winger Ethan Finlay received the pass from Higuaín and returned it to Columbus No. 10. After the pass was deflected, and with Higuaín’s back to goal, any shot was made more difficult. It was a time when most players switched to an open teammate. Higuaín was not most players.

After the pass, the ball bounced straight into the air. His trajectory passed Higuaín’s 5-foot-8 frame. Higuaín did what many in MLS, and around the world, try but rarely convert. The Argentinian opted for the bike shot. Higuaín’s shot missed Timber keeper Adam Kwarasey, leveling the Crew.

The bicycle kick is a fan favorite for Columbus due to the timing and coordination required to create it. Unfortunately for the Black & Gold, the match ended with Portland striker Fanendo Adi putting the Timbers ahead 2-1 in the 79and minute.

Higuaín’s bicycle kick and Crew’s loss that day was a great analogy for the 2016 season. It started well, with a scoring goal, but ended in disappointment. The Black & Gold finished 18and out of the 20 teams in MLS at the time, a year after reaching the MLS Cup final.

It was one of four goals Higuain scored in 20 appearances in a difficult year for the Crew. The midfielder underwent mid-season hernia surgery which caused him to miss time in what was one of his lowest statistical seasons at Columbus.

But the bike stunt that started the year will be remembered by Black & Gold fans.