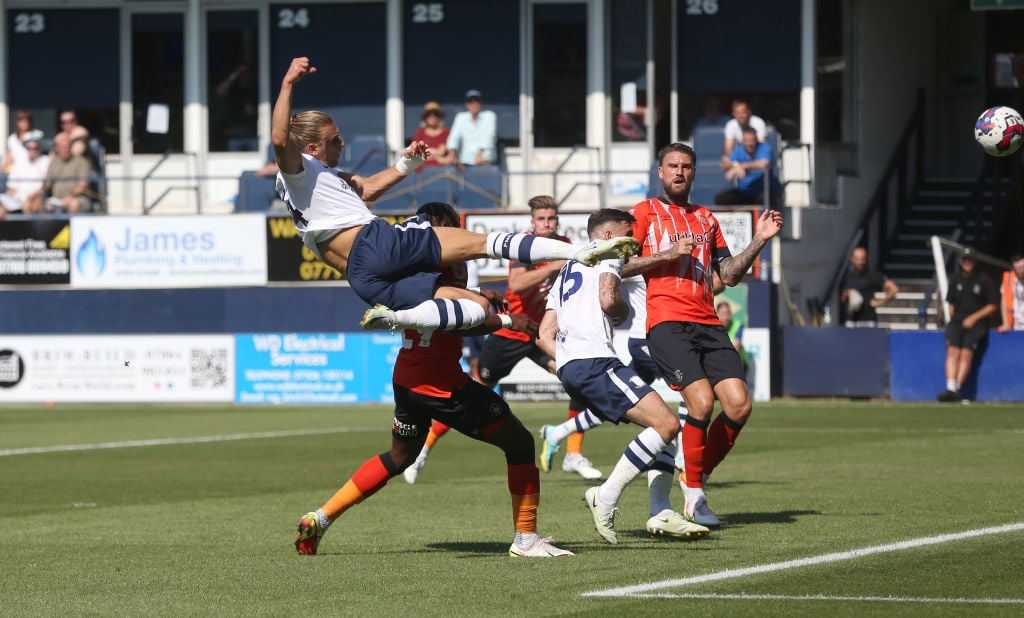 Preston North End wing-back Brad Potts scored an incredible goal on the bike in his side’s Championship clash against Luton Town on Saturday.

Ryan Lowe’s side traveled to Kenilworth Road with memories of a 4-0 defeat on the same ground last season. This time, however, there was to be no repetition.

North End had not scored a league goal this season before Saturday’s game. They recorded 0-0 draws against Wigan Athletic and Hull City. But they assured that their first strike of the campaign was special.

The goal came from the unlikely source of Brad Potts, with the right-back only scoring once in the whole of last season. However, that particular strike, at Stoke, was also a cracker, so the North End man has a penchant for the spectacular.

This goal, however, is surely the finest the 27-year-old has ever scored at professional level.

Former Burnley and Bournemouth midfielder Robbie Brady collected the ball on the right flank. He then whipped a teasing cross towards the back post.

Potts, running towards the path of the ball, quickly adjusted the direction of his body and crashed into an incredible acrobatic volley. It was an incredible technical and timed exercise.

The goal was the game’s only one, giving North End a 1-0 win at Kenilworth Road and their first three points of the Championship season.

Addressing the official club website after the match, manager Ryan Lowe said: “I haven’t seen him yet. I’ll have to watch him – but he told me his feet were two feet off the ground!

Potts now has two goals in consecutive games, after scoring in PNE Carabao Cup win 4-1 on Huddersfield Town earlier in the week. The 27-year-old will hope to continue his run when his side host Rotherham United at Deepdale on Tuesday.