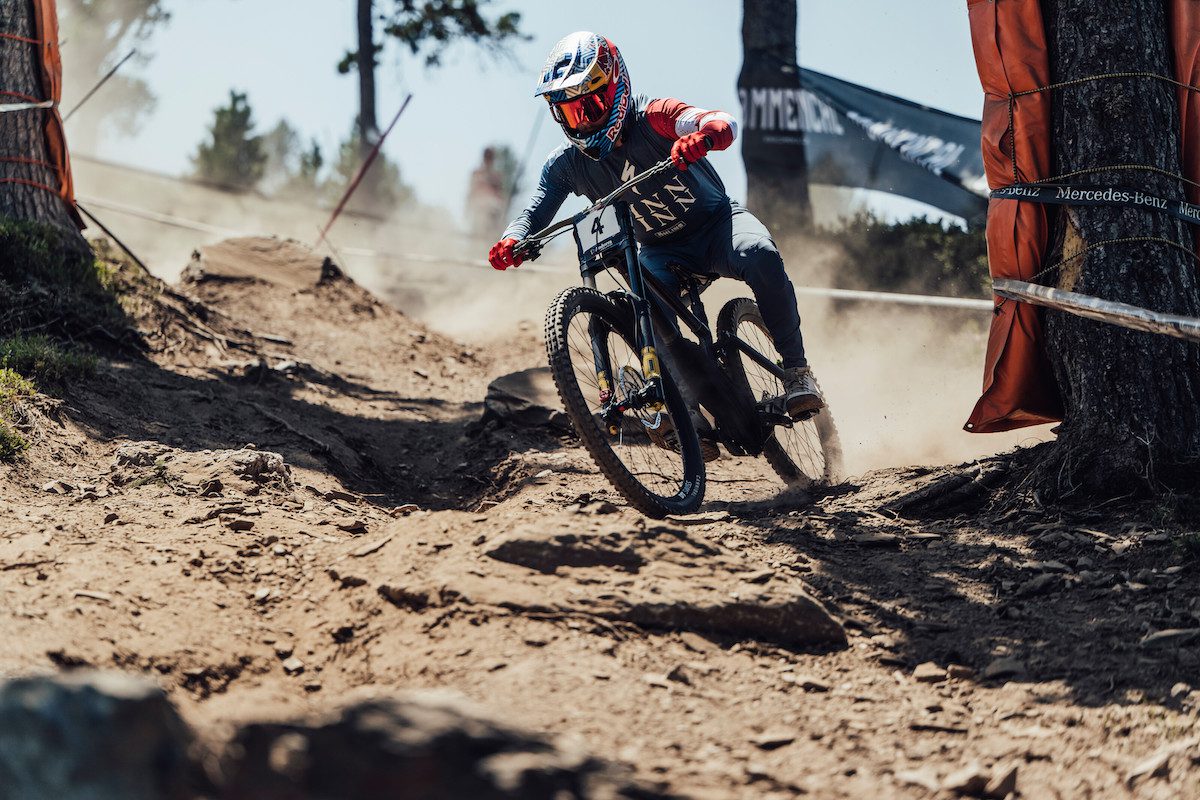 For the first time this year, World Cup races are back in North America. Cross-country and downhill racers descend on Snowshoe, W.Va. for a combined race weekend. The action starts on Friday with the Short Track (XCC), before the downhill on Saturday and the XCO on Sunday.

Snowshoe kicks off a busy two week period of international racing this side of the Atlantic. From West Virginia, most runners will head north to Canada for the iconic Mont-Sainte-Anne World Cup. Much of the gravitational crowd will then head west to Whistler for the return of Crankworx. At the same time, the Enduro World Series hosts a trio of North American events. Beginning with Crankworx Whistler on August 6 and 7, the EWS will then head to the United States to Burke Mountain in Vermont and Sugarloaf in Maine the following two weekends. This all follows the Canadian National XCO and Downhill Championships and the US National Championships. Phew.

All elite World Cup races will be broadcast live from West Virginia on Red Bull TV. See the bottom of this page for the schedule.

Snowshoe is where Catharine Pendrel raced her last World Cup last year. This year, it’s Emily Batty who is carrying the momentum to America. Batty had his best World Cup result this year with a 10th-place finish in Andorra in the final round. She then regained her national XCO title at Hardwood Ski and Bike. Batty will seek to continue this trajectory on snowshoes.

Last year, it was Evie Richards who took the victory in the elite women’s category. The reigning world champion will be out this year, with back issues immediately followed by a bout with COVID. Instead, the Trek Factory Racing rider will focus on the Commonwealth Games the first week of August.

The men’s race will also miss an important runner. Mathias Flueckiger is absent from both North American stops. After his altercation with Nino Schurter and the resulting backlash online, Flueckiger won XCC Andorra only to test positive for COVID. He takes time to fully recover before resuming his season.

That leaves Nino Schurter the chance to continue his quest for a career-best 34th World Cup victory. The Swiss star was foiled in Andorra by the Italian Luca Braidot. In Snowshoe, it could be Christopher Blevins challenging Schurter. Blevins scored his first XCO World Cup victory on home soil in the USA last year and will be wishing for a repeat for the home crowd.

The Canadians will look to new Canadian XCO Champion Peter Disera for the top result in the men’s category. It will have outgoing guy Léandre Bouchard and a fleet of young riders all looking for good results on North American soil this weekend.

Snowshoe has historically served as a dramatic conclusion to the downhill World Cup series. This year there is only one event, instead of two back-to-back races, and W.Va is halfway through the season schedule. That shouldn’t make the race any less exciting though. The sharp rocks and technical Snowshoe trail could still make or break the season for riders vying for the overall title.

Right now, it’s Amaury Pierron and Canadian Finn Iles on the men’s side. The French rider seemed unstoppable this season until a tree literally stopped him in Andorra. Pierron ran anyway, but will suffer from the heavy impact. Finn Iles will have the advantage of racing closer to home this weekend. Both will have to watch Andorra winner Loris Vergier.

Among the women, it is Camille Balanche and Myriam Nicole who are fighting for first place. But Vali Höll, winner of the last round in Andorra, won his first elite World Cup on snowshoes. The victory propelled her to the overall title for 2021.

Canada’s juniors are also on their way this World Cup weekend in West Virginia. Five placed in the top five at the final round in Andorra, including a podium finish for Gracey Hemstreet and Tegan Cruz and a victory for Jackson Goldstone. Hemstreet and Cruz used the week off after Andorra to win National Junior Championship titles to wear the maple sleeves in the United States while Goldstone remained focused on his overall campaign.

Racing in West Virginia begins Friday with Short Track XCC. The elite races will be shown all weekend live on Red Bull TV. Racing on this side of the Atlantic means fans can sleep in for once and watch the races live at a more reasonable time.

Under 23 male/female (not televised)