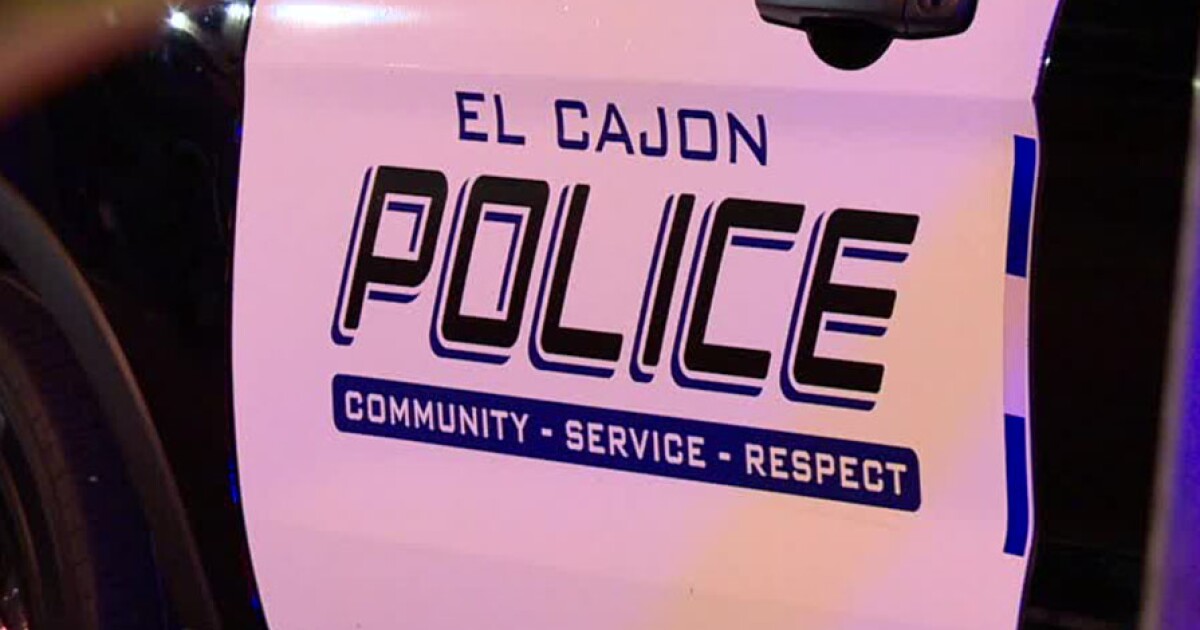 EL CAJON (CNS) – A homeless probationer was back in jail Tuesday after being arrested on suspicion of committing a series of robberies and a street robbery in El Cajon.

Sterle Floyd Sisco, 32, was taken into custody on Monday afternoon after allegedly stealing approximately $1,200 worth of merchandise, including a bicycle, from a department store on the 200 block of Broadway, then forcibly taking a second bike and other belongings to a passerby. while running from officers, according to the El Cajon Police Department.

The events that led to Sisco’s arrest began around 2:45 p.m., when patrol officers responded to a shoplifting call from a Target store in the 200 block of Broadway, ECPD Lt. Randy said. Drunkard.

Loss prevention staff at the company – where Sisco is believed to have carried out at least seven previous thefts – said they observed him as he allegedly packed a suitcase with goods, picked up a Schwinn bicycle in an area of exhibition, then fled.

While searching the neighborhood for the shoplifter, officers climbed a culvert in the 1200 block of Graves Avenue, where they spotted the suspect heading west under State Road 67 toward of Magnolia Avenue, Soulard said.

Seeing the police personnel giving chase, the suspect dropped the suitcase and the bicycle and continued to flee through the drainage channel.

Shortly after, officers were reported to Cypress Lane and Pioneer Way, about a mile northwest of the Target store, by a man who reported that a thief had just pushed him off his bike and kicked him. flying with a sweatshirt and driving it. helmet.

Officers later found the suspect fleeing through the culvert again, this time near Billy Mitchell Drive and North Marshall Avenue, wearing a sweatshirt and riding a bicycle matching descriptions of those stolen from the robbery victim.

“Officers ordered the suspect to stop, but he strayed north into the drainage channel,” the lieutenant said.

As deputies aboard a sheriff’s patrol helicopter followed the suspect’s movements from above, police followed on foot, eventually catching up and taking him into custody.

Target security employees who reported the latest shoplifting episode attributed to Sisco and the street robbery victim identified him as the alleged perpetrator of the crimes, according to Soulard.

Sisco was arrested for robbery, larceny and violation of the terms of his probation, then taken to a medical center for evaluation after telling police he had swallowed an amount of fentanyl.

“Officers will remain with Sisco at the hospital until he can be incarcerated in the San Diego County Jail,” Soulard said. “During this investigation, it was determined that Sisco lives and frequents (a) large homeless encampment just outside the city limits of El Cajon on North Magnolia (Ave.), near the overpass of Vernon Avenue.”

At the time of his arrest, Sisco was on probation following an assault conviction, according to police.