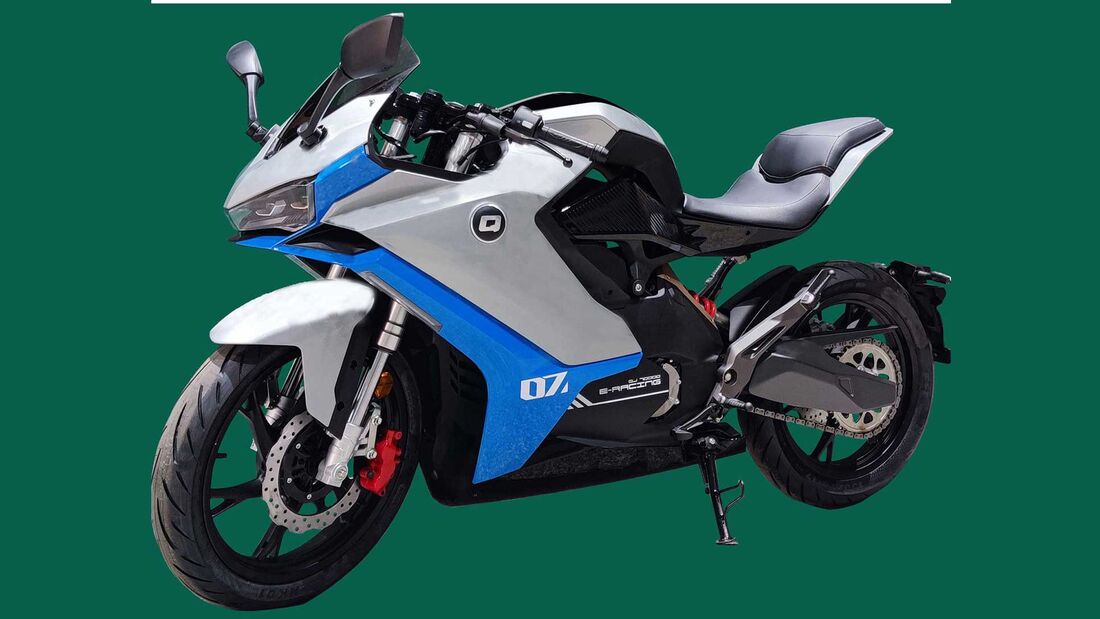 An electric sports bike is in development at the Chinese manufacturer QJ Motor.

QJ has carried over the aesthetic elements of its previous combustion sport bikes, such as the SRK600RR, but given it the gray paint job that has apparently become the symbol of electric sport bikes since the Lightning LS-18. Like the LS-18, gray is paired with blue, although the 7000 D certainly isn’t aiming to break electric two-wheeler speed records.

Motorrad says the dummy tank should be able to fit a full-face helmet, and that, unusually for an electric, the bike has a drivetrain with a manual clutch and shifter. It’s not a totally unique QJ concept, as Kawasaki’s Endeavor project also includes such a transmission.

Technically speaking, there are few details at the moment, but Motorrad speculates a range of around 100 km (62 miles) and a top speed of around 120 km/h (75 mph). It is also currently unclear whether the 7000 D will feature CBS or ABS. QJ is more familiar with CBS, but the most recent images of the bike suggest ABS will be the preferred choice.

The question of whether the 7000 D will make it to Europe may find an answer in the sales of small-capacity sportbikes in Europe, which is not the strongest market for manufacturers who do not compete at championship level. of the world on closed circuits. For an electric things might be different, and maybe QJ wants to try his luck with the 7000 D in Europe. However, as Motorrad notes, the market landscape could lead to a naked version of the 7000 D destined for Europe.

But, of course, we’re still awaiting confirmation of many of QJ’s details on the 7000 D in faired form, and perhaps once those details are released we’ll know QJ’s European ambitions with the 7000 D.