Race by data or race by sensation? – Triathlete 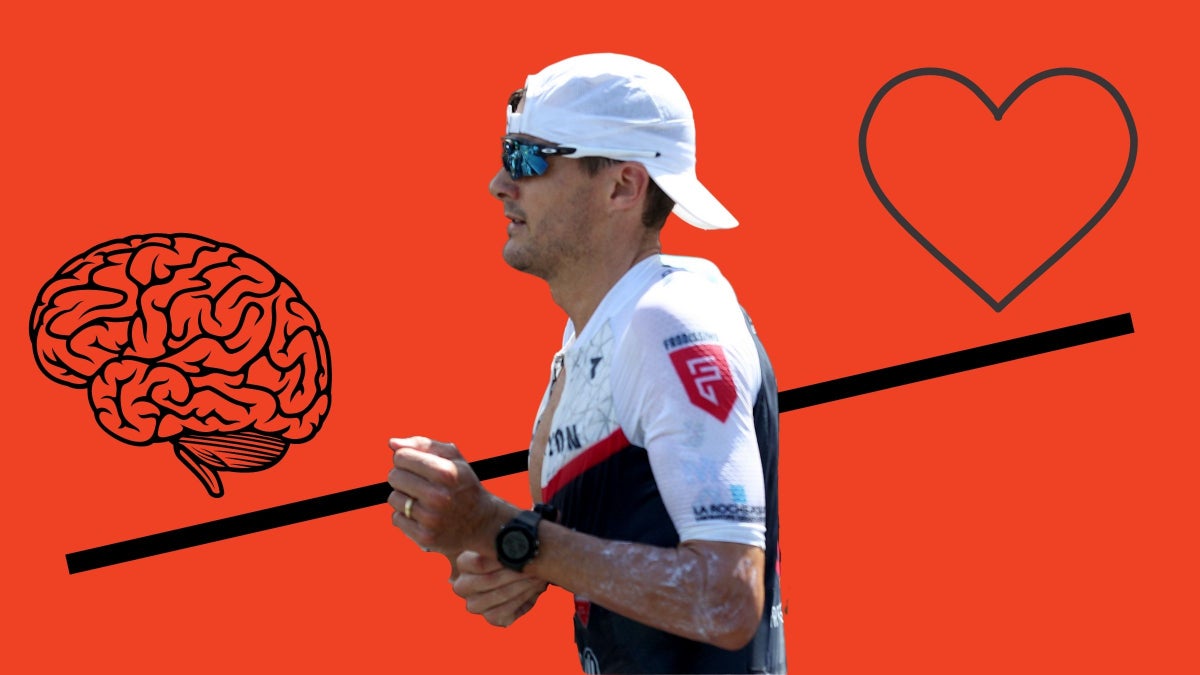 Race by data or race by sensation? – Triathlete

Today we are totally immersed in data – data on the quality (or duration) of your sleep, data on your swimming, cycling and running, and even live data on your blood chemistry. But as we start to learn, there can be too much of a good thing. At some point, data may become a ship’s anchor rather than a turboprop.

Should we race by numbers or by instinct? What works best? As the evolution (and perhaps our reliance) on data in triathlon gets bigger and bigger, this seems like an increasingly relevant question.

It was also the one addressed by Braden Currie, third in the Ironman World Championship of St. George, in a recent blog post. The post revealed how his trainer Ben Reszel’s work had been influential in breaking down the bike course at St. George to give the Kiwi a very detailed plan of how he should be attacked.

“I always felt like I had to read the race and make decisions on the fly,” Currie wrote, before explaining how the extra time to prepare for the race in Utah allowed him a different approach and an in-depth analysis of what power matters. were needed and when.

With Currie having arguably the best ride of the day – and probably the best of his life – it clearly worked. But does this apply to everyone? Is Ironman Racing just a numbers game, or should intuition transcend the digital display of watts?

We asked two of the most successful coaches in the world for their opinion. Dan Lorang is the coach of the Bora Hansgrohe professional cycling team and the statistical mastermind behind the recent success of Ironman World Champions Jan Frodeno and Anne Haug. Siri Lindley has coached 11 world champions, including former Kona winners Mirinda Carfrae (2010, 2013, 2014) and Leanda Cave (2012).

While Coach Lorang is admittedly more of a data guy, and Coach Lindley is more of a feel thing, there’s a lot more gray area between the two than you might think. Read on to see what each has to say.

Dan Lorang: “Can you disconnect the numbers from your feelings?”

“There are coaches who work with data, coaches who work on feel and others who mix the two. But mostly it should be up to the athlete. Do they want to incorporate data into training and then And for those who really like to stick to the numbers, can they disconnect them from their feelings?

“For example, if you want to lose weight, you look at the scale in the morning. That said a pound more than you want, is your day already over because you’re so stressed? In this case, it is better not to work with data at all!

“I have both categories among the athletes I train. Anne, whom I coached for 17 years, always works by feeling. The data instruction is on the training plan – pedal at this power, run at this pace – but the effort is greater whether it’s easy, medium, hard or total. This changes completely with Jan. Sticking to his numbers and the right areas in training gives him the confidence to know when he’s ready to race.

“Anne runs entirely by touch and will not see her watts while cycling, but will occasionally wear a watch while running to control the pace. Jan has the numbers, so if he wants to look, he can. It’s not that he specifically sticks to the data, but that he uses it to compare with how his body feels. Instead, we’re talking more about tactics on how the race might develop and what the limits are. That is, how long could Jan go above 400 watts? If he feels good in the last 20 km of the bike or if he rides towards Hawi [the hill ahead of the bike turnaround in Hawaii], we could try pushing it into a certain power range. It’s orientation and information, but the decision is always made by the athlete in the race.

“The data is of course useful. Coaching most of my athletes remotely, I’m not on deck every day, and I need data to be able to analyze what’s going on to better help athlete development. In addition to power on the bike and running pace, heart rate tells you a lot about the work your body is doing and lets you know if you’re in the right zone. During races we may also have a cadence range for the bike, and some athletes also look at stride frequency or cadence during the race.

“I just provide them with tools to make decisions the right way. My coaching style is always to have the athlete at the center. I want them to take responsibility and see this as a step in their progression as professional athletes. A “coach says, athlete does” strategy is not the way I want to work. I know there are athletes who can only give the best under these conditions, but I would say that it is better to find another coach.

RELATED: Riding with a power meter will energize your training

Siri Lindley: “Let’s get rid of this fucking thing.”

“My philosophy as a coach is to always do every aspect of training through feel and perceived effort. It’s proven to be incredibly powerful. It works, and I’ve never coached differently.

“One year I coached five of the best female pros in the world for the Ironman World Championship in Kona. My pre-race talk was different for each one because they were such different individuals.

“One wanted to break the course record and was ready to dig deeper than ever to make it happen. Another wanted to finish the race knowing that she had put together as many great moments as possible and that she was there to understand it all.

“Another was her biggest competitor, and she was the only one who could stop her from having the race she dreamed of. Another needed to be reminded of all the incredible work she had done, and that was a party, no pressure. Another was there to prove something to her doubters. She needed the motivation to deliver at the highest level.

“We didn’t have power goals, heart rate goals or pace goals. The only goal was for each athlete to compete in their own race using the perceived effort they had put in day in and day out during training. Three made it into the top eight, the other two made it into the top 15. They all trained differently. Each required a unique approach.

“That’s how I’ve notoriously had many great athletes at the same time. I’ve not only been lucky, I’ve been able to see each athlete for the individual they are and meet their needs. specific – not just training needs, but emotional and mindset needs.

“When gadgets started getting big in 2008, Mirinda wanted to start using one. The first thing I noticed was that she was losing confidence and getting frustrated. It took training to move from a place of empowerment – knowing your body, digging deep, going as hard as you can and pushing beyond to see what’s possible – to a zone of constant judgment: “Am I good enough Or not good enough?

“Finally I said, ‘We’ve had great results before, let’s get rid of this fucking thing!’ Later, when Rinny won Kona, she used the power meter, but the screen only showed her cadence. She had no right to look at him. This goes for all the athletes I train. They download the file and I use it to adjust the sessions.

“After one of Rinny’s wins, Training Peaks asked me if I wanted to share his power file. They were impressed with his even distribution and asked how we use power in training. I said that we were just smelling, and they were blown away.

“Here’s the thing. Suppose an athlete has trained hard with 30-minute efforts at Ironman watts. If the reduction is managed correctly – we do two weeks when they reduce their training in a very specific reduction – their numbers on race day will be numbers they have never seen before.

“If the athlete is only using power, he maintains his intended 200 watts and it’s a dream come true. But what if they could hold 210 watts because they had a big taper, it’s race day and the adrenaline is flowing?

“Working with power and heart rate can put a ceiling over the athlete’s head, and they miss all the magic that’s right above it, it’s totally doable. It’s limiting I want my athletes to be empowered, confident, and know exactly what a certain effort feels like, so they seek that feeling on race day and reach levels they couldn’t imagine.

“Knowing the human being is the key factor in understanding what kind of training brings out the best in them and will help them achieve their dreams. If something outside of sport that really matters to them is in crisis, a coach needs to help them through that crisis and also understand the effect it will have on their physical and emotional capacity. Adjusting the formation is crucial at this time.

“A great gift in training this way is that the triathlon journey becomes a vehicle through which athletes really get to know themselves and their bodies. They come to know their core values ​​and connect with their why. All of this prepares them for life beyond sport, which is even more important.

“If you only know yourself by the numbers you see on your bike or your wrist, you’re missing out on really knowing yourself! To me, that feels like a missed opportunity.

RELATED: Stay or go? When to follow the race plan (and when to leave for Broke)