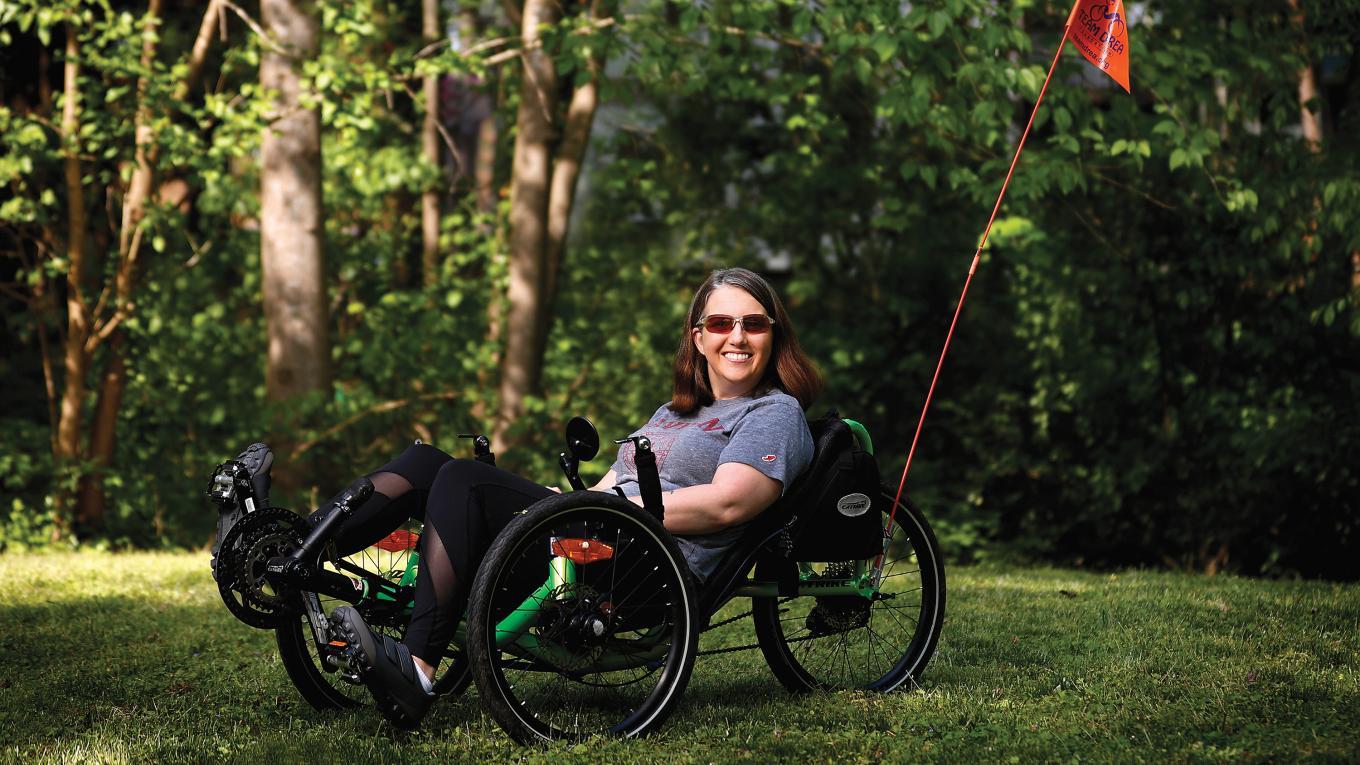 She agreed to have lunch another time, which led to a restaurant date, and nearly 20 years later, they still make fun of Dr Pepper.

After graduating from Davidson, she served a year as the college’s Dean Rusk Scholar, helping students develop plans to study abroad. She then accepted a position as a city planner for a group of counties in the western foothills of North Carolina.

David Peet graduated from Davidson in 2005 and moved to Washington, DC to attend American University Law School. Andrea went to graduate school at Georgia Tech to get a master’s degree in urban planning. He proposed before she moved to Georgia, and they looked forward to the day they would live together.

They married in a grand ceremony in Durham in 2009. Wedding guests included their families and friends from childhood in Davidson to their working lives. David wore a black tuxedo and Andrea sported a pair of sparkly Chuck Taylor tops with her wedding dress.

His family lives in Philadelphia and his in Raleigh. They settled in Washington, a good intermediate city with many opportunities for their new careers and their life together.

Snow threw her on the way to the race.

In the winter after their wedding, a blizzard left the Peets snowbound in their Washington apartment. Feeling restless, Andrea discovered a treadmill in the basement of their building and started running. When the snow cleared, she ran outside.

She loved running around the city, passing historic homes, monuments and gardens. As a sustainability planner, a run around the nation’s capital gave her real insight into how planning shapes a city.

“Four miles turned into five that turned into 10 miles, and then she decides she should try a run, and then it turns into marathons,” says David Peet. “Andrea is an incremental overachiever.”

In 2013, after a marathon and a few triathlons, she trained to compete in the Carolina Half, a 70.3 half Ironman distance race. She chose this race because the swim brought her back to the Davidson’s Lake campus, the bike ride took her through Iredell County, and the run traversed the greenways and ski trails of college background.

It was fun seeing friends from college and she felt a great sense of accomplishment after finishing the race. She had struggled with tight hamstrings and tripped over her toes a few times during practice. Then, one windy day after the race, she fell while crossing a busy street in Washington, DC. Another pedestrian helped her up and out of the oncoming traffic before flagging down a taxi to take her home.

She had seen a neurologist who had ordered an electromyography (EMG) test, which detects abnormalities in electrical action when muscles contract. The neurologist had ruled out ALS. But her symptoms kept getting worse. His voice slows. She couldn’t clap her hands. They visited a series of specialists along the east coast who speculated on possible causes.

On May 29, 2014, after another series of tests, they met with a specialist at Johns Hopkins in Baltimore. They sat stunned as the neurologist said tests showed “probable” ALS.

“It was shocking, heartbreaking and we didn’t know what to say,” David recalls. “What is probable ALS? We had so many questions and their treatment was indescribable.

They returned to their hotel room filled with grief.

They talked and they cried. They worried about the devastation their families would feel. They talked about how their relationship would change and their fear. They thought about the house they had just bought and the children they hoped to raise there.

Exhausted, they ordered Chinese takeout, grateful for the respite from looking at a menu and choosing between noodles or rice, mild or spicy.

“We weren’t those smart Davidson students thinking about a problem, we needed space to let the pain and sadness in,” says David Peet. “And we kept telling each other that no matter how painful it all was, we would be with each other, that we would always share that pain together.”