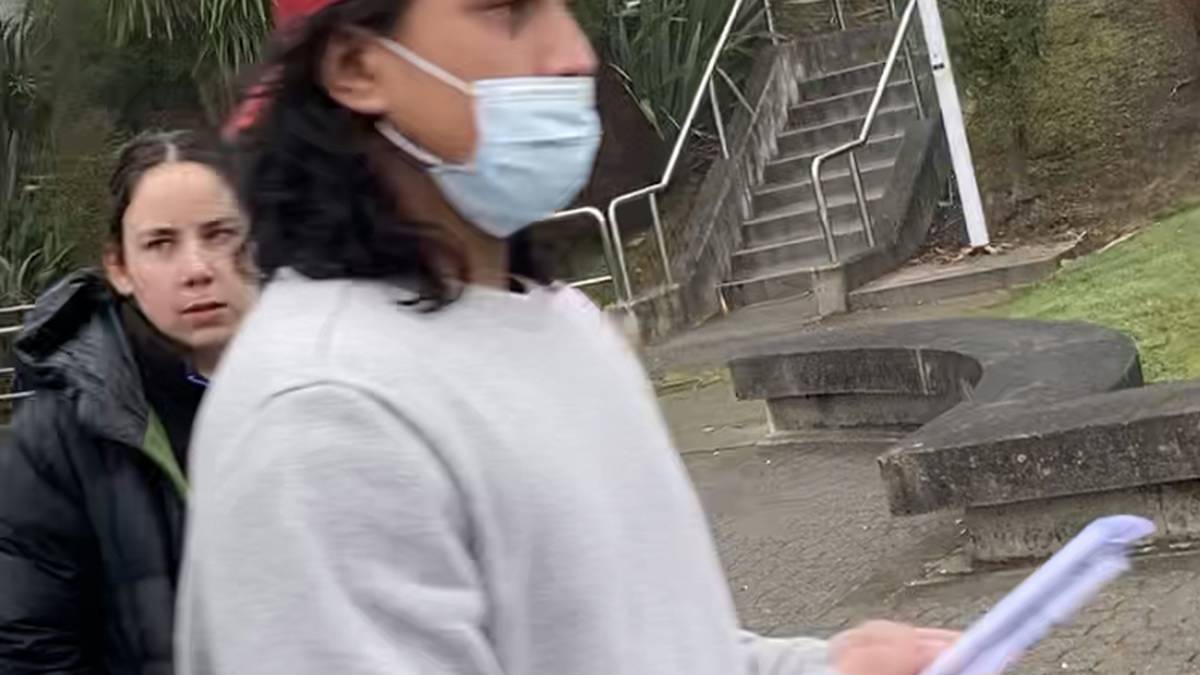 Haka Tutaki, 19, escaped with a discharge without conviction after suffering burnout at a Cambridge cemetery in August.

Two young men were drunk when they drove over freshly dug graves causing thousands of dollars in damage.

Smith, who now has three convictions for sustained loss of traction, received a final warning, while Tutaki, who has never appeared in court, successfully applied for a release without conviction, meaning he will retain his clean record.

The couple, accompanied by a third man who is defending the charges, had attended the funeral of a friend, Samuel Campbell, earlier in the day on August 1.

After drinking that afternoon, the trio decided to return to Hautapu Cemetery that night and burn out around his grave.

In doing so, they also severely damaged other burial grounds, causing damage worth $3,000.

Judge Spear told Smith he couldn’t understand what would make him behave like this.

“To explain why a young person behaves like this is almost to defy the reality of what could have caused someone to cause damage to a cemetery.

“In another way, you’re doing well in life and yet here you are, desecrating a graveyard, of all people.

“It’s offensive that really defies any form of comprehension.”

The judge told Smith, who also had two previous drunk driving convictions in 2017 and 2018, that it appeared he was treating a motor vehicle like “a toy” and was one of the leaders of desecration.

Smith’s attorney, Garth O’Brien, said Campbell’s mother was in court in support of the couple and he regretted her behavior.

He added that if Smith lost his license, he had suggested the 24-year-old’s bike to work, which was a suggestion Judge Spear agreed with.

He sentenced him to three months in community detention with an 8 p.m. to 3 a.m. curfew, 12 months of supervision, nine months of disqualification, and to pay $1,000 in reparations.

As for Tutaki, his lawyer Carolina Kunac said the consequences of a conviction for her client would effectively ruin his future in the racing industry in which he hoped to one day become a coach.

Tutaki was remorseful and voluntarily completed 30 hours of work at the Cambridge Kohanga Reo.

He was currently living with his family and saving money to buy a house, she said.

He was also prepared to pay his share of the reparation.

“He admits he wasn’t thinking at the time and that alcohol may have contributed to that,” she said.

Judge Spear told Tutaki his situation was “quite different” from Smith’s because he had no convictions and was much younger.

“So what I have in front of me is a young man who has made stupid mistakes, stupid mistakes in judgment and the question is whether your record should be marred by convictions for those offences.”

A representative of Tutaki’s employer also wrote a letter of support, saying he was a good worker, just like his family.

Combined with a bright future, Justice Spear agreed to “take a little luck” on him.

While Tutaki was released, he was ordered to pay reparations and was banned from driving for three months.

Meanwhile, outside court, Samuel Campbell’s mother Wendy said she was happy to support the couple despite their “stupid, stupid” actions.

“I don’t agree at all with what they did and it hurt a lot of people… community members came to see if their graves were damaged.

“So it was heartbreaking for us to see, but I came here to support these two because it was a dumb, stupid thing that they did but they didn’t do it with a bad intention, just stupidity.

She said she was “shocked and devastated” that the damage was caused by friends of her son and expressed “deep sadness” to the families affected.

A third defendant, who has pleaded not guilty to his charges, is expected to reappear in court next week.