A rare plastic bike that was on display outside an Oldham bike shop has resurfaced in Manchester.

The bike, made in the 1980s, was previously on display outside Skidmores Cycles, located on Union Street – which has since closed.

He said: “The store closed about five years ago.

“It wasn’t until around 2010 that I started to realize that the bike had been in front of the store for so many years.

“It made me wonder why no one bought it.

“We’re talking over 20 years – literally every day of the week it was there, chained.

“This bike is iconic – everyone has walked past it, but they would notice it.”

Photos from Google Maps from years past confirm that the plastic Itera bike has been around for several years.

The bike in front of the store in June 2009. Photo: Google Maps

Mohammed uploaded a photo he took of the bike to social media sites Facebook and Nextdoor, to see if anyone else had fond memories of the strange bike.

On Nextdoor, David Cooke, of Radcliffe, recalled: “I remember it very well, it was advertised as light because everything was plastic.”

“Malcolm put it outside every day for about 30 years. Eventually the pieces of metal rusted.” 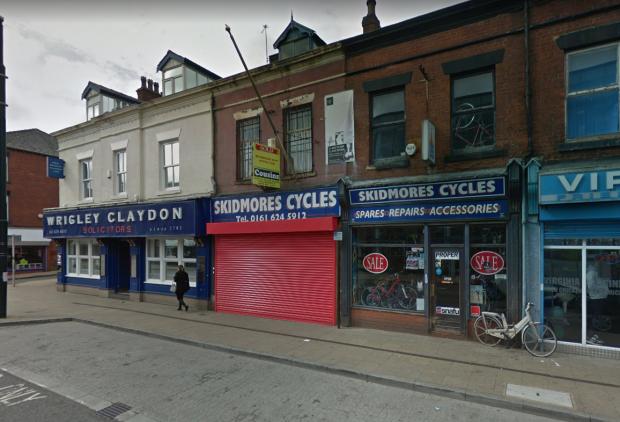 The bike in front of the store in June 2017. Photo: Google Maps

After the store closed, Mohammed wondered what happened to the bike, which he called “legendary”. 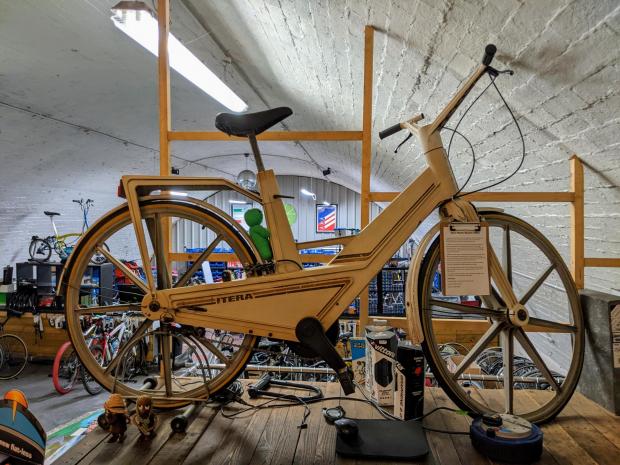 The bike is now displayed in the Manchester Popup Bikes shop

Obtained at Skidmores, the bike now has a sign telling its story.

He said: “It was the show bike at Skidmores, and it had been out for over 20 years—maybe more.

“The shop was closing – Oldham has changed quite a bit, and it was a local bike shop which was then in the wrong location.

“There were a few pieces of stock left, and we were like ‘ooh we’ve never seen one before’

“The only thing we guarantee is that we will never sell it – it’s for display only.

“When we got it it wasn’t working, but our chief mechanic, Mike, managed to restore it.

“We had to cut the chain with a pair of pliers!

The chain was so rusty it stood upright on its own and had to be cut off the bike with a pair of pliers. Photo: Prakash Patel

“Everything is plastic. The only bits that are metal are a few nuts and bolts, and the chain itself.

Mechanic Mike even got the bike working – and took it for a test ride in the shop.

The sign now on the front of the bike explains how it was a commercial failure, with quality assurance missing and parts breaking easily.

In 2017, one of the Itera bikes was stolen from a museum in Somerset.

Those who miss the iconic bike can visit Popup Bikes on Corporation Street in Manchester, located within walking distance of Victoria Station.