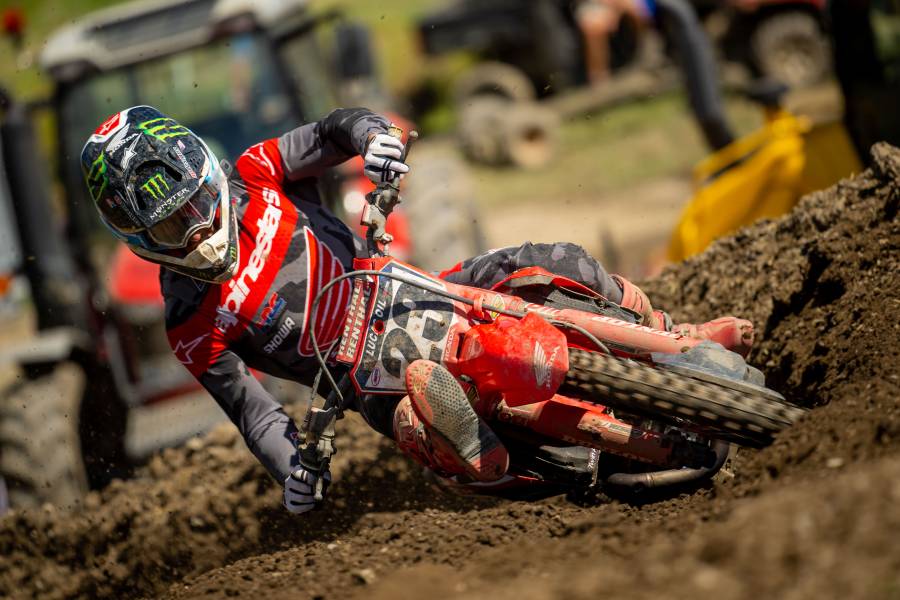 Along the way, the Illinois native passed title rival Eli Tomac in both motos and set the two fastest lap times. Teammate Ken Roczen finished fifth overall via 5-7 finishes, while the 250 class saw Hunter and Jett Lawrence finish third and fourth overall, each picking up a second place in a moto.

Roczen raced in the lead at the start of the 450 moto 1, while Sexton looked to recover after finishing the first lap in sixth place. Tomac took the lead midway through the race, but Sexton was relentless, moving into second place midway through while cutting Tomac’s lead. He made a clean pass with six laps remaining and eventually reached the checkered flag with a winning margin of almost 13 seconds, with Roczen finishing fifth. Sexton started better in moto 2 and was third after one lap. By lap five he had passed the leading Tomac, after which he had increased his advantage to almost 16 seconds at the finish. Roczen crossed the finish line in seventh place after spending most of the race in sixth.

The 250 action proved erratic and unpredictable at Unadilla, and that was certainly true for the Lawrence brothers. After finishing the first lap of moto 1 in fifth position, Jett worked his way up, only to crash out fighting for second place. He and Hunter teamed up to advance, only for Jett to fall a second time as he ran fourth with five laps to go. Hunter then finished second, while Jett moved up 10e and could only climb to seventh place by the time the ladies flew. The second outing saw Jett start second, with Hunter quickly in third. Both riders suffered crashes in the race, but Jett recovered to take second place. Meanwhile, Hunter slowed down when he suspected a bike problem that was actually a rock temporarily getting stuck in his rear brake pedal, then dislodging after a bit; he eventually recovered to finish fifth.