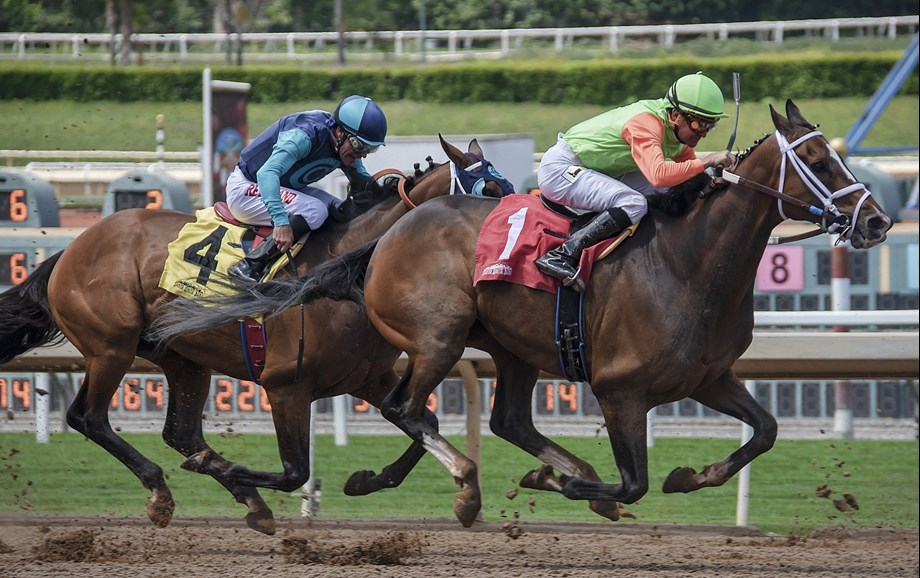 Here is a summary of current sports news briefs.

Horse racing in the United States cannot survive without a major overhaul of rules governing the use of drugs and improvements to racetrack safety, the sport’s top official told Reuters. A series of high-profile doping scandals and horse deaths rocked the industry and led to new federal legislation aimed at replacing the patchwork of state-by-state regulations with a national standard.

Manchester City manager Pep Guardiola has said winning the Champions League is not an obsession and his unresolved future at the club will not be determined by European success. Guardiola, whose contract expires in 2023, guided City to four Premier League titles but failed to clinch the continent’s biggest prize, with a 2020-21 runners-up finish his best finish in the competition.

Lionel Messi scored a sensational bicycle kick goal as Paris St Germain began their Ligue 1 title defense with an emphatic 5-0 win over Clermont at the Stade Gabriel Montpied on Saturday. Messi netted a brace with goals from Neymar, Achraf Hakimi and Marquinhos as they followed up the 4-0 Trophée des Champions win over Nantes last weekend with another easy victory.

World champion Shericka Jackson continued her stellar season by winning the women’s 200 meters at the Silesia Diamond League meeting in Poland on Saturday as Trayvon Bromell beat fellow American Marvin Bracy for the men’s 100m title. Jamaica’s Jackson became the fastest woman alive over the distance at last month’s World Championships in Eugene, Oregon with a time of 21.45 seconds, but she finished a little off that with an effort of 21.84 that day.

Former Manchester United striker Wayne Rooney believes the club must let Cristiano Ronaldo go if they are to build a successful squad for the future under new manager Erik ten Hag. Ronaldo, 37, who re-signed for United from Juventus last season, is reportedly keen on a move away from Old Trafford after the side failed to qualify for the Champions League.

Football-Liverpool held, Spurs and Chelsea win in the first matches of the Premier League

Title contenders Liverpool were only able to draw at Fulham on the opening Saturday of the Premier League season, while Chelsea and Tottenham Hotspur made winning debuts of the new campaign. Liverpool had to come from behind twice to cancel out goals from Fulham’s Serbian striker Aleksandar Mitrovic with new signing Darwin Nunez and Mohamed Salah on target in the 2-2 draw for Juergen Klopp’s side.

Tennis-Medvedev confirms extended stay for No. 1 with Los Cabos final

Daniil Medvedev will arrive in New York for his US Open title defense this month as the top seed after the Russian confirmed his retention as world number one by reaching the final in Los Cabos, Mexico , Friday. A ban on Russian players at Wimbledon due to Moscow’s invasion of Ukraine forced Medvedev to miss the grass-court major and he arrived in Mexico for the ATP 250 event with his top ranking under threat.

Pramac Ducati’s Johann Zarco erased the all-time lap record at the Silverstone circuit on Saturday to take pole position at the British Grand Prix, while Aleix Espargaro salvaged a sixth place finish after a huge crash at height Earlier in the day. Eight riders broke Marc Marquez’s old lap record of 1:59.936, which the Honda rider set in 2019, with Zarco’s 1:57.767 passing six riders under the 1:58 barrier

Michael Brind’Amour will immediately step down as chairman of Hockey Canada’s board of directors, the sport’s national governing body announced Saturday. Hockey Canada has been under fire since news broke in May of an alleged gang sexual assault in London, Ont., involving eight members of the country’s 2018 World Junior team and a subsequent settlement.

Japan’s Yoshihito Nishioka, ranked 96th in the world, beat top seed Andrey Rublev 6-3 6-4 on Saturday, continuing his outstanding show at the Citi Open in Washington, DC, and setting up a showdown against Australian Nick Kyrgios. The 26-year-old southpaw came to the US capital after winning five out of seven games on the Challenger Tour last month, but hadn’t won a tour-level game since the Miami Masters in March.