SunLive – Engines running as road racing elite gears up for 2023 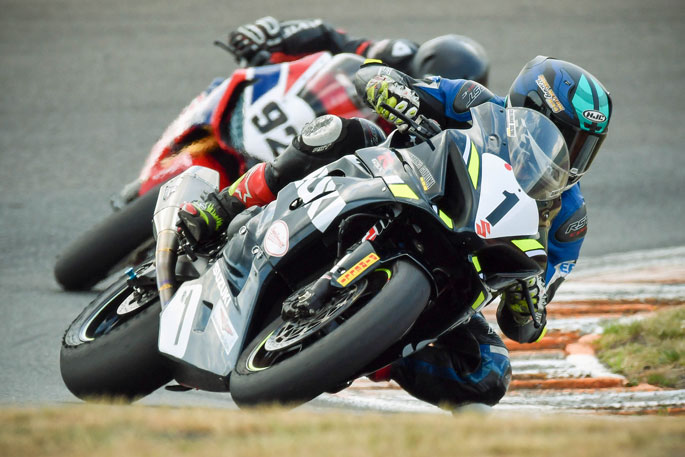 SunLive – Engines running as road racing elite gears up for 2023

Motorcycle road racing in New Zealand is always exciting, but for the long-awaited 2022-23 season, it will be an adrenaline rush like never before.

The hugely popular Suzuki International Series and the New Zealand National Motorcycle Road Championships are collaborating for the first time to kick off the 2022-23 season.

The people behind the two annual series, and MotoFest too, have all worked together to ensure an explosive resumption of top-caliber road bike racing in this country.

The first two of three rounds of the 2022 Suzuki International Series – scheduled as usual for Taupo and then Manfeild, December 3-4 and December 10-11 respectively – will now also be recognized as rounds one and two of what will be a new national series in six rounds.

The third and final round of the Suzuki International Series will take place, as usual, on the public streets of Whanganui, the famous cemetery circuit, to take place on Boxing Day.

This street fight will not be part of the national championships, but remains the crown jewel of the three-round Suzuki International Series.

In the new year, racers will return to the standard track racing mode and resume their National Championship battles on specially designed racing circuits.

Mike Pero Motorsport Park (Ruapuna), on the outskirts of Christchurch, will host round three on January 6-7, while round four will take place at Teretonga, Invercargill, on January 14-15.

After a short hiatus until February, the Hampton Downs-promoted Star Insure MotoFest revives racing when it hosts round five, the weekend of March 4-5.

Like the Suzuki International Series, MotoFest has become a marquee racing event and has been headlined by national superbike championships for the past five years.

Both South Island venues are always popular with riders and spectators alike and, after a few weeks of hiatus, the series will enter its third and final phase with a MotoFest party weekend that will once again celebrate motorcycling across its splendour. .

Hampton Downs Commercial Director Mike Marsden welcomed the change and said the merger of the Suzuki Series, MotoFest and National Championship is a good step forward and will be great for the sport which has improved a bit. during the Covid-19 pandemic period. , with several cancellations.

“With Taupo now part of the Tony Quinn Group, we will be heavily involved twice in the Championship and will promote the first round vigorously, given that it is a joint venture with the series promoter. Suzuki.

“The event in Taupo will be huge, as will Star Insure MotoFest.”

It’s obviously a hugely enjoyable and positive way for the biker community to recover after two years of being suffocated by the Covid-19 pandemic.

The pandemic has caused all kinds of disruption to major sporting events around the world and New Zealand was not immune to it, with the annual New Zealand Superbike Championship series being cut short in 2020, also reduced in size just three races away in 2021 and unable to be raced at all in 2022.

Also due to the pandemic, the Suzuki series was also not held in December 2021 and MotoFest also did not operate as planned earlier this year.

The now resurrected MotoFest extravaganza once again promises excellence on all fronts, with highly respected identities from all segments of the motorsport world coming together for two days of spectacular action.

With this latest collaboration, the road racing community in New Zealand is showing incredible strength and determination to return to a “new normal” when it comes to top-level motorcycle racing in this country.