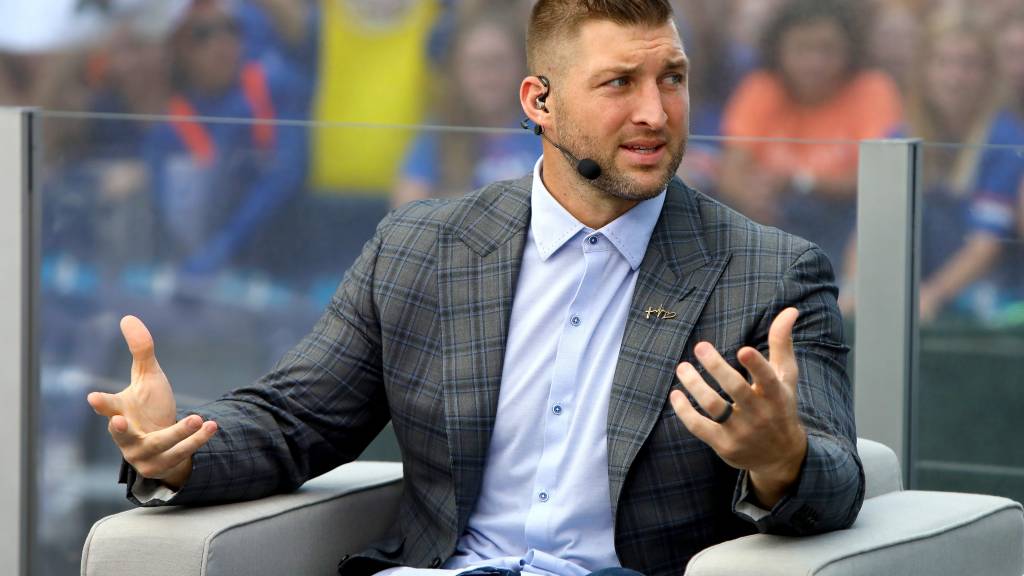 Florida celebrated a trick-playing touchdown last week by creating a human bike on the sidelines. Former Gator Tim Tebow and the rest of the SEC Nation team experienced firsthand how difficult it is to get everyone in place for the celebration after trying and failing to get it right.

The impromptu attempt came after the Gators’ version of the celebration appeared during “Y’all,” a weekly segment that looks back on sloppy plays and quirky moments from the previous week. Tebow and Jordan Rogers pitched the plan as the core parts of the bike, and Roman Harper soon joined in to serve as the handlebars.

Things went well until the crew realized they were missing Marty Smith as wheels. Laura Rutledge tried to send Smith but he didn’t know where to put him. Then it happened. Tebow sent Rodgers flying and on the ground.

Tebow flexed his huge Lats and pushed me right back… https://t.co/2vQ4upVhsU

Rutledge checked on Rodgers and the band had a good laugh before watching the episode replay a segment later. Tebow jokingly asked where Paul Finebaum was after the senior analyst watched, perhaps with some glee, as it all unfolded.

Everyone gets an A for effort (except Marty Smith), and it’s pretty clear what next week’s main “Y’all” music video will be.

Gators Wire’s comprehensive coverage of football from Florida to Kentucky