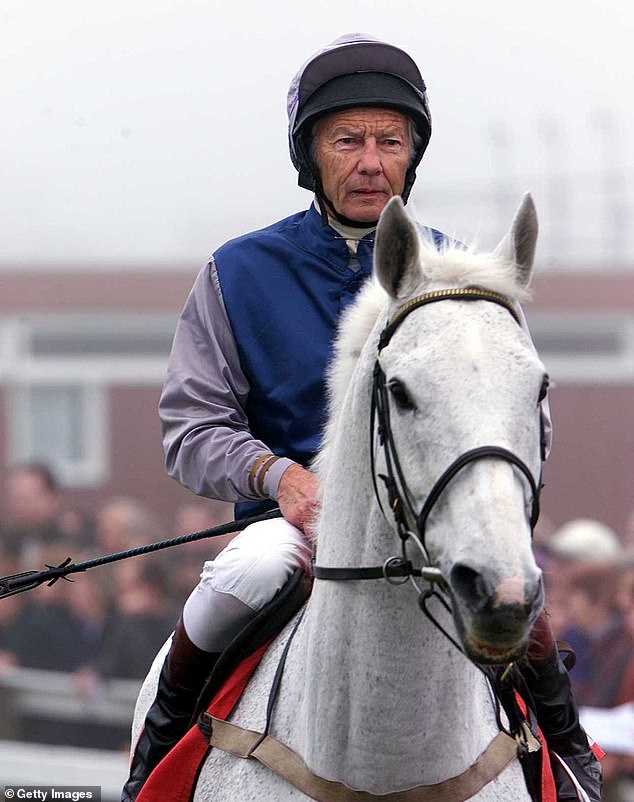 The racing world mourned the death of Lester Piggott at 86 on Sunday, but as the final act in an incredible life, it was only fitting that the iconic jockey passed away Derby week.

Fifty years ago, whatever horse Piggott was on in the Classic was inevitably the best story of the week. If Lester hadn’t gotten a mount yet, every jockey on a fancy horse would be looking over his shoulder, afraid he’d persuade owners and trainers that they had a better chance with him on board.

Lester Piggott, arguably the most iconic racing figure of the 20th century, has died aged 86

Piggott died peacefully in hospital in Switzerland, where he had lived with partner Barbara since 2012. More than 25 years after retiring, he was still universally known by his first name, the kind of recognition reserved for a few special people in sport. – Ayrton, Sap, Tiger.

Sir Gordon Richards may have been champion jockey more times – 26 to 11 – but Piggott’s obsession with victory and a life of drama meant he figuratively galloped through front rooms across the country. His name is mentioned in songs by James Morrison, Chas & Dave and Van Morrison and he had his own puppet on the satirical show Spitting Image.

Introverted, mischievous, miserly, ruthless, timid, uncompromising, unique, flawed – you need a thesaurus to describe a jockey who won his first race at 12 and won 4,492 more in Britain (his world total was about 5,300). That includes a record 30 classics before finally retiring at 57.

Even more remarkably, the legend of Piggott was built around silence. Partially deaf and with a speech impediment, he was a distant and unlikely hero. Old Stoneface, with his rugged features, focused on winning in a style only fools tried to emulate as he bent his 5ft 8in frame in half, his buttocks perched high like the fin of a shark stalking its prey. 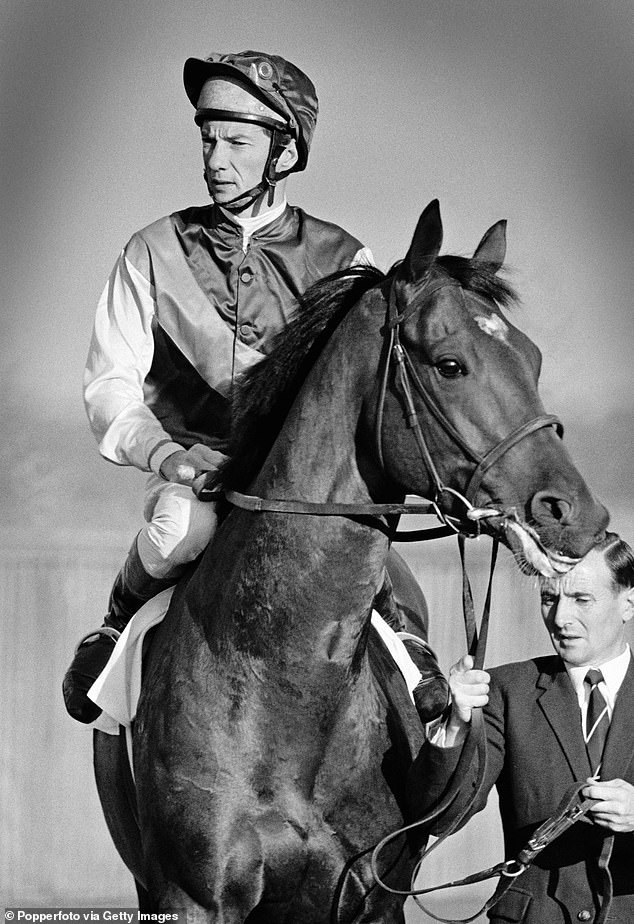 The Long Fellow, another nickname, lost two stones of his natural weight thanks to a diet of cigars and fresh air. He married Susan Armstrong, daughter of Newmarket coach Sam Armstrong, in 1960. By then he already had an established thirst for success that knew no bounds. And that disregard for the rules led him to clash with the authorities and crumble as he spent a year in jail for tax evasion.

Yet from that nadir, the 54-year-old Piggott wrote perhaps his most notable chapter, returning to win the Breeders’ Cup Mile at Vincent O’Brien’s Royal Academy in front of 100,000 spectators at Belmont Park, New York in 1990.

Seventh that day on Markofdistinction was Frankie Dettori, the only flat jockey who can match Piggott for public profile.

Dettori said on Sunday: “I rode for him as an apprentice and then rode with him. I never had the bullying or fear of him that other jockeys had because I’m from Italy and hadn’t seen him in his prime, but we had some good banter together.

“I sent him a video a few days ago, wishing him luck. It was a shock when his daughter Maureen called me thinking he was discharged from hospital. only had one Lester Piggott and he was so ahead of his time, you have to celebrate what a hero he was for our sport. 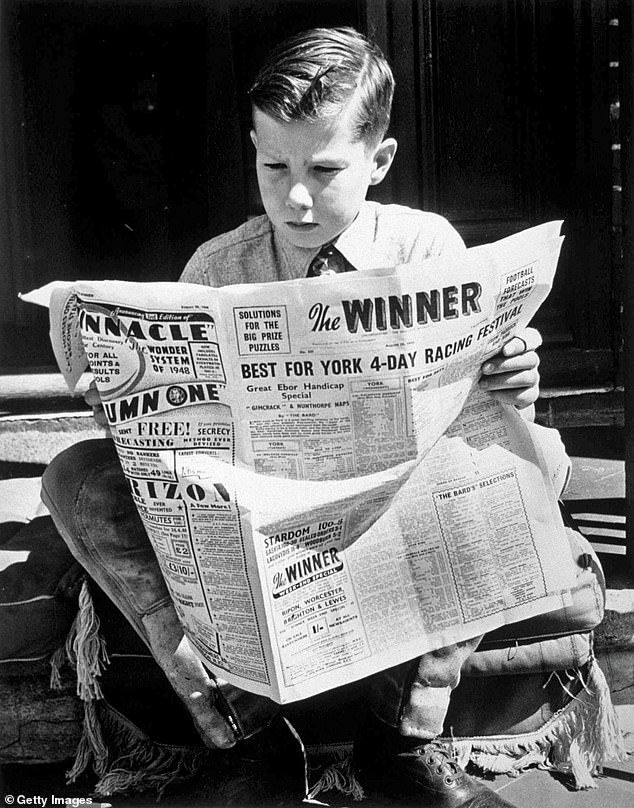 Piggott, 12 in this photo, had a firm passion for running since his early years

“The Breeders’ Cup victory was unbelievable. He hadn’t ridden in five years, got out of prison and produced something like this. The magic was still there. You have to consider this race as one of his best. Everyone was flabbergasted but he just walked into the weigh-in room, duck-backing the water, like “this is what I do”!

Four-time champion trainer John Gosden said: “I knew him well from the 1970s when he rode for Noel Murless and Vincent O’Brien. There was always a great mystery around him, what he was thinking and was going to do. He was an extraordinary and unique man. The way he punished his body all those years to make the weights and live to be 86 is a feat in itself. He was the biggest jockey, the smartest and truly his own man.

No one who witnessed this first hit on The Chase at Haydock on August 18, 1948 (his first tour was in April of that year), could have predicted the path the then angelic boy would follow.

The fierce will to win had been cultivated by his father Keith, himself a capable jumping jockey with over 500 winners, who went on to train Grand National winner Ayala in 1963.

His grandfather Ernie rode three Grand National winners and was a three-time champion jumping jockey. His mother Lilian was from the Rickaby racing family. Despite attempts by Berkshire Council to prevent the youngster from riding full time, Lester was apprentice champion in 1950 and 1951. His first Derby ride came on the unplaced Zucchero in 1951. 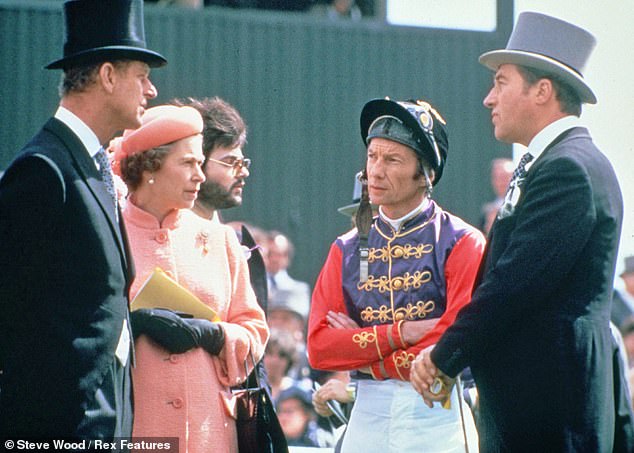 Three years later, the 33-1 underdog Never Say Die handed Piggott his first Derby win at 18. He celebrated that evening by mowing his parents’ lawn. But within weeks Royal Ascot stewards, frustrated by Piggott’s lack of respect, banned him for the rest of the season for driving too aggressively.

The following season, he teamed up with Royal Coach Murless. Derby success over Crepello in 1957 and St Paddy in 1960 followed but it was not enough. Piggott wanted to be on the top horses all the time, no matter who trained them, and the restrictions of being a stable jockey prevented him from doing so.

In 1967 he went independent, forging a lucrative relationship with O’Brien and owner Robert Sangster. Five Derby victories for O’Brien followed. Sir Ivor in 1968 was the one Piggott chose as the best, but Nijinsky in 1970 – the last colt to win the Triple Crown of 2,000 Guineas, Derby and St Leger – was the most prominent. Minstrel edging Willie Carson on Hot Grove in 1977 was arguably the most memorable. And with Piggott on the lookout for rides, no one was safe, as his victory at St Leger in 1984 on Commanche Run showed.

Piggott had replaced the suspended Darrel McHargue when the colt won his trial and was determined to be his mount. Owner Ivan Allan recalled, “He told me McHargue couldn’t ride a bike and I’d better put him on a horse.”

When news emerged of his “joke”, a displeased McHargue said he would spend the day at St Leger playing tennis instead. As he read this on his way to Doncaster as the rain fell, Piggott quipped unrepentantly: “He won’t do that either.” This is just one of many stories of Piggott’s dry wit.

When trainer Ben Leigh, who averaged less than 10 winners a season, was unhappy with a trick Piggott had given his horse in a minor race, he loudly told the jockey: “You never ride for me again.” 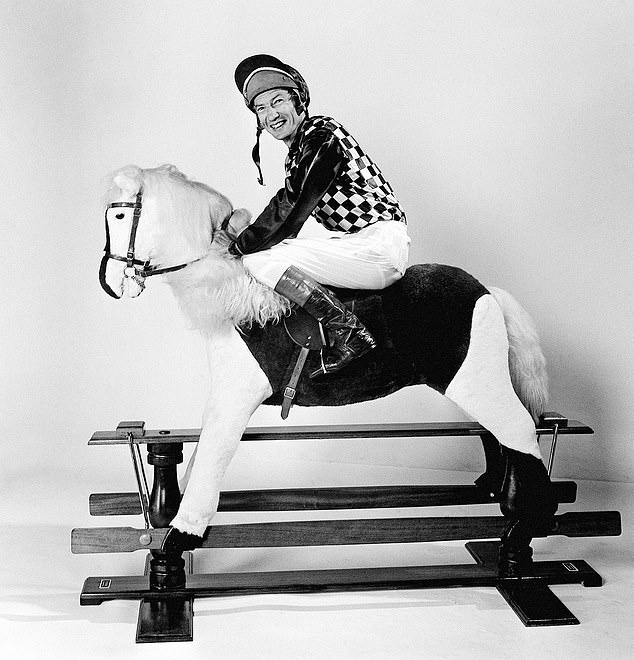 “Well, I better pack it then,” Piggott replied.

But while Piggott was obsessed with winning, he was also focused on money, an attitude imprinted in him from childhood. Parsimony, however, turned into breaking the law. Incomes were hidden and taxes ignored, with Piggott blaming his lack of education for failing to meet his obligations.

A successful period as Henry Cecil’s stable jockey had ended in 1984 and at the end of the 1985 season – after two races at Nottingham on 29 October, including a Full Choke victory – Piggott retired for s set up as a trainer at Newmarket, where he had nearly 100 horses.

A secret letter then emerged from Cecil asking his racehorse owners to pay a secret provision in cash. The case became public and Piggott might still have escaped strong demand plus interest, but he did not disclose all of his bank accounts. The case went to court on October 23, 1987.

Although he had already repaid £3.25million to the Inland Revenue, plus the full amount demanded by Customs and Excise, he was sentenced to three years in prison. He was released 366 days later. 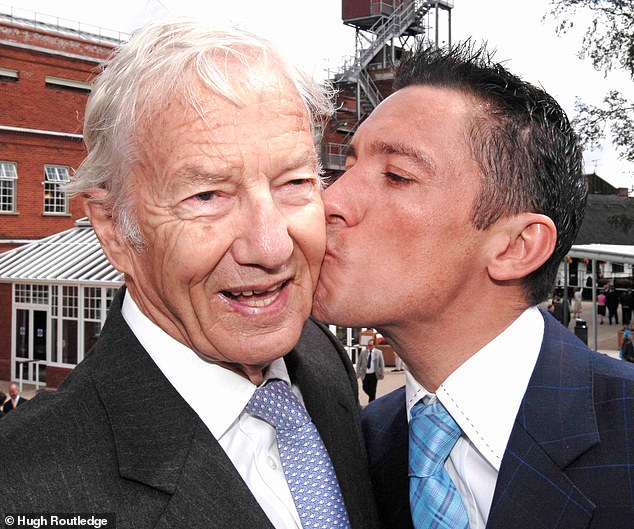 It was a terrible disgrace. Painfully, he lost his OBE and the near certainty of a knighthood, but Piggott sought refuge in the one thing he knew – riding – and the Breeders’ Cup triumphing in New York.

He was to ride another Classic winner – Peter Chapple-Hyam’s Rodrigo de Triano in the 1992 2000 Guineas – and, with perfect symmetry, his final victory came aboard Palacegate Jack on October 5, 1994, at Haydock, the track where it all started.

Newmarket coach William Haggas is married to Piggott’s eldest daughter Maureen. His younger daughter Tracy is a television presenter in Ireland. His widow Susan still lives in Newmarket, while his son Jamie, whom he had with former assistant Anna Ludlow in 1994, is a blood agent.