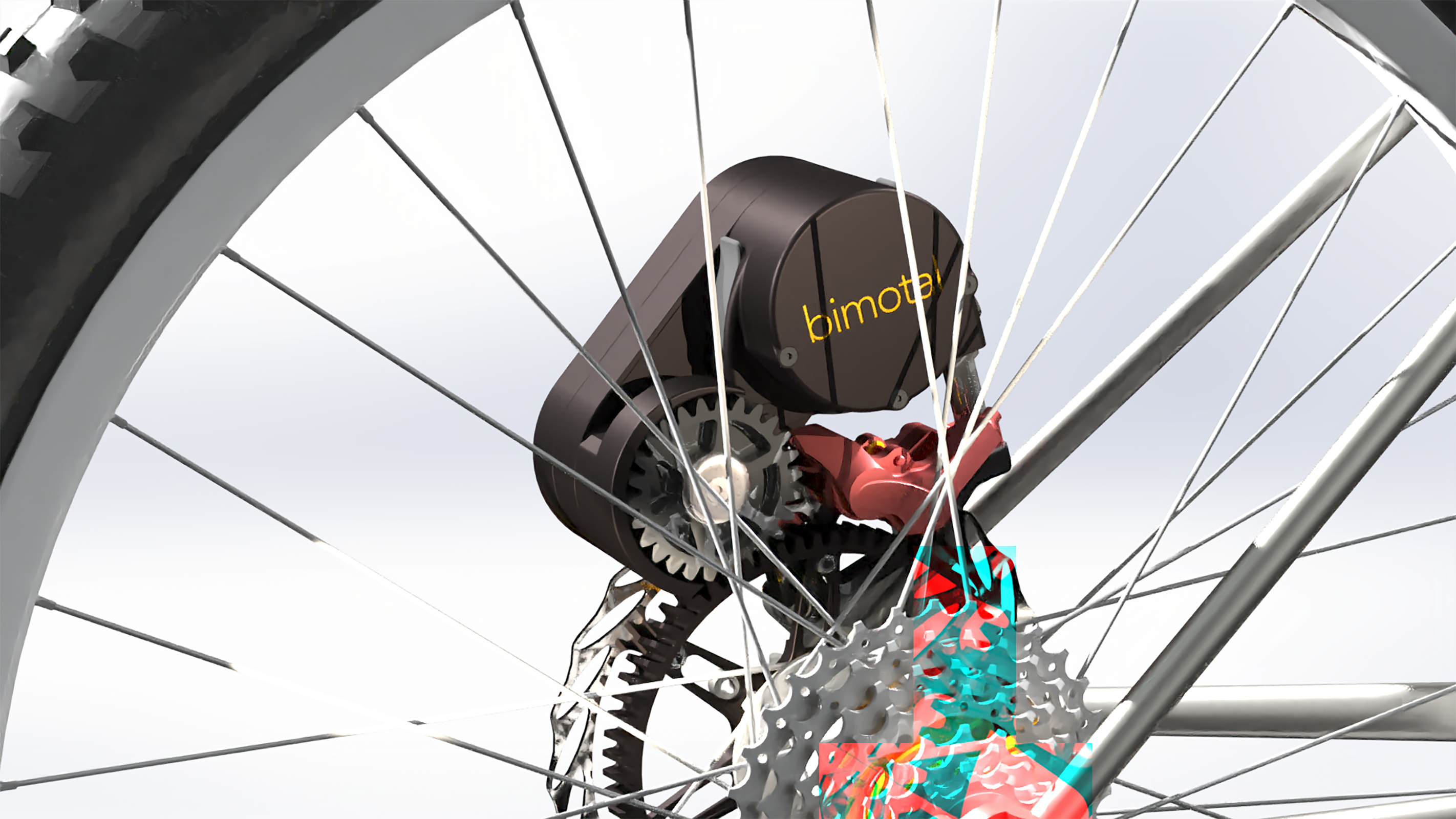 A decade or more ago, before the industry pivoted and started churning out e-bikes of all shapes, sizes, and prices, many e-bikes on America’s streets were DIY retrofits. Early adopters had to figure out how to install a motor and battery system themselves or find a shop to do it.

“There was nothing good in the market,” said Davis, who saw an opportunity. Thirteen years ago he co-founded EcoSpeed, an early e-bike conversion kit that never really took off. “The batteries are all sort of sucked in.”

Davis pulled the plug on EcoSpeed ​​six years ago and opened Nomad Cycles, which specializes in converting existing bikes with aftermarket motors – mostly from Bafang. “Basically, Bafang released their BBSHD system, and it was so good and so cheap that we just started buying theirs.”

Today, Nomad has a six-person team that refurbishes cargo bikes, trikes, and a wide variety of bike styles.

Other engine makers supplying the domestic conversion market include Tongsheng – such as Bafang, based in China – and CYC Motors in Hong Kong. Promovec is a Danish brand that has opened an office in the United States with the intention of starting to sell conversion kits to dealers.

Other suppliers include smaller brands like Electric Bike Outfitters in Denver that source motors, battery cells and electronics from China and brand them for dealers and direct-to-consumer sales.

Electrify Bike Company, located in the greater Salt Lake City metro area, has expanded into multiple sales channels in recent years, offering conversion kits for sale to dealers and consumers, performing conversions for walk-in customers. you and now opening a retail store to sell its own branded e-bikes. “We’re going to build existing bike brands and sell them as conversions,” Ostlund said.

Dealers say price is a key factor why consumers choose a conversion over a full e-bike from a showroom. For the price of an entry-level heavy e-bike, consumers who own a nice bike or a nice frame can continue riding it with an electric conversion.

“A lot of people already own really nice bikes, but for various reasons they can’t or don’t ride them anymore,” Ostlund said. “The motors we use for conversions are often the same motors used on pre-built e-bikes.”

Reliable data on the size of the national e-bike conversion market is scarce, but retailers and suppliers say sales are booming. Consultant and president of the Light Electric Vehicle Association, Ed Benjamin, analyzed customs import records to estimate that around 24,000 DIY kits entered the country last year.

Benjamin warned that this opaque market is difficult to follow and its number could be low.

Asked to describe the demographics of their customers, dealers said they were often elderly and retired – the same consumers wooed by e-bike brands.

Another clientele is made up of people with physical problems or injuries who need a tricycle, a handcycle or an adapted bicycle.

“You can save thousands of dollars” by converting an existing acoustic adaptive bike or trike, said Livingston, a mechanical engineer who founded EBO in 2015 after undergoing chemotherapy that scarred his lungs. He converted an e-bike and found it helped his recovery.

The Hostel Shoppe in Stevens Point, Wis., one of the nation’s largest recumbent trike dealers, is among the Electric Bike Outfitters dealers. The Hostel Shoppe embarked on the conversion a decade ago using the now defunct Bionix system.

“We’re adding e-bike kits to a lot of these trikes that people have bought from us in the past,” said Jessie Bostic, Hostel Shoppe’s marketing manager. “It appeals to people who already own a bike and don’t want to invest $3,000 to $6,000 in a new, complete e-bike.”

Livingston of Electric Bike Outfitters said he sells kits to stores in nearly every state. “Some dealers do one or two conversions a year, and we have others who order 100 systems. We have many stores in Florida.

Davis’ customers at Nomad Cycles include parents who “bought a cargo bike when their kids were little and now the kids are bigger and they need power. If you already own a decent cargo bike, it’s a big savings to convert it.

Davis described another type of customer as the “conscious commuter” who has a good bike frame and feels buying a new e-bike would be pointless.

Other customers want a more powerful e-bike than what they can find at a store selling Bosch or STEPS e-bikes. Oregon law allows e-bikes up to 1000 watts.

Nomad charges $1,200 to $2,100 to add a Bafang rear hub motor or mid-drive. Most of Nomad’s conversions are for transportation or utility bikes, Davis said, noting that a cargo delivery company hired him to electrify its cargo tricycles.

Davis uses Bafang motors and as with the batteries, he rolls his own. It sources GA cells from Sanyo and packs them in battery cases of various sizes, paired with a battery management system circuit board.

Livingston said it sources motors from three different factories and makes its own batteries using Panasonic, LG and Samsung cells. “We work with the big three. We don’t make generic cells,” Livingston said.

Livingston said his company is very safety conscious and all of its batteries and kits are tested and diagnostics to ensure they are working properly.

Promovec, the Danish brand, tries to control what kind of bikes are converted. “We don’t allow people to put them, for lack of a better term, on department store bikes,” said Steven Harad, general manager of Promovec America. “We always ask what kind of bike our customers want to install the system on. We implore our dealers to do the same.

As with the rest of the bike market, supply chain issues and the pandemic have caused shortages. “Everything we have in stock is pre-sold,” Harad said. “With Shanghai closed due to COVID, we are having difficulty placing our next orders.”

Promovec’s entry into the US market is a sign of the growing demand for conversion kits. The company’s mid-drive motors are designed to be installed in one hour. “We designed it for moms and dads and the average rider,” Harad said.

For Ostlund, who entered the bike industry after a “rewarding” career in high tech, working in the e-bike conversion market is pure bliss. Many of his customers are thrilled to be able to ride a bicycle or tricycle for the first time in years. “This is a customer base that is currently not served by e-bike manufacturers.”