The e-bike demo program kicks off 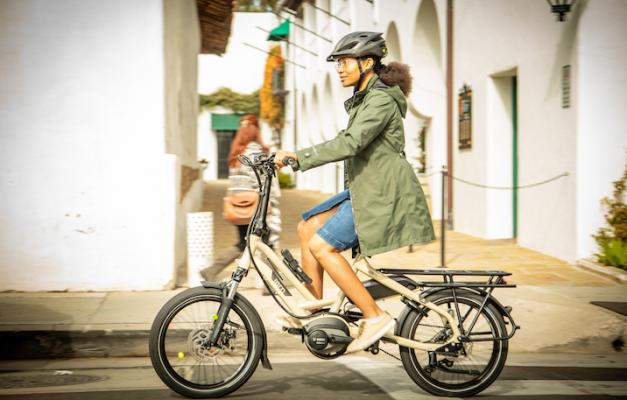 The e-bike demo program kicks off

EZ Bike Project, a new electric bike (e-bike) demo program run by SBCAG Traffic Solutions Division, kicks off by offering a wide range of free e-bike demos of various models, including cargo bikes, cruisers, city ​​bicycles and folding bicycles for local residents and commuters as a measure to reduce traffic and air pollution in Santa Barbara County. The EZ Bike Project is located at the Bike Spot, a City of Santa Barbara self-service bicycle parking facility at 1219 Anacapa Street in downtown Santa Barbara. Those interested in reserving an e-bike must live or work in Santa Barbara County and can visit the EZ Bike website to sign up for a demo. In the coming months, SBCAG plans to offer shorter demo rides on weekdays and during one-day pop-up opportunities throughout the county.

Electric bikes have become more accessible to the average consumer. Most major bike manufacturers offer a few different models, making it difficult to compare one model to another when they’re only available to buy online.

Kent Epperson, Director of SBCAG Traffic Solutions explains, “Greater competition and economies of scale have driven down the price and increased the affordability, quality and selection of e-bikes. The EZ Bike Project has a fleet of 10 e-bikes from local and online retailers that range in price from under $1,000 to $3,500. The selection offers participants the opportunity to compare features, prices and ride quality between different demo bikes. Either way, the investment one makes in an e-bike will save money compared to riding a car.

While bike shops offer e-bike trials of the models they carry, they are usually limited to a short test drive around the bike shop. The EZ Bike Project offers the opportunity to test ride an e-bike in a variety of conditions and routes over the weekend and at your own pace without the pressure of buying a bike.

There are several benefits associated with electric bikes in transportation for the environment and personal health. Nancy Eckert, SBCAG’s EZ Bike Project Coordinator, notes that in addition to these benefits, the joy an e-bike can bring to people who have never ridden an e-bike before, “E-bikes are factories to to smile. I know when people return the bikes on Monday, they’ll come back with fun stories of the magical moments and childlike wonder they experienced while testing an e-bike.

E-bikes are recognized as more accessible to those with physical limitations that might prevent them from riding a standard bike. Santa Barbara County Environmental Health Specialist Kendra Wise, who recently converted to an e-bike after participating in a demo, said, “Until I tested an e-bike, I had no idea it was changing. gives it. After the demo day, I ended up buying an e-bike and using it to get around whenever I could. If a not-so-fit mom with a minivan can ride an e-bike, anyone can.

Those interested in reserving an electric bike can visit the EZ Bike website to sign up for a demo. Reservation options are available for e-bike trials Thursday through Monday and must be made by 5:00 p.m. on the Wednesday prior to reservation. There is no charge for the demonstration, but a credit card refundable deposit is required to test drive an e-bike.

The EZ Bike Project is proud to partner with Trek Bicycles, Bicycle Bob’s and Santa Barbara Electric Bikezzz. These sponsors made it possible to provide a wider range of demo options for people to test drive. Courtesy of EZ Bike Sponsors, EZ Bike Project participants can receive a discount for an e-bike or bike accessories. Bicycle Bob’s is offering a 10% discount (up to $250) on a Trek e-bike and Santa Barbara Electric Bikezzz is offering a free ABUS high-security lock with the purchase of an e-bike.