The Fast and the Focused: How Traveling in the Race Helped a Local Teenager Thrive 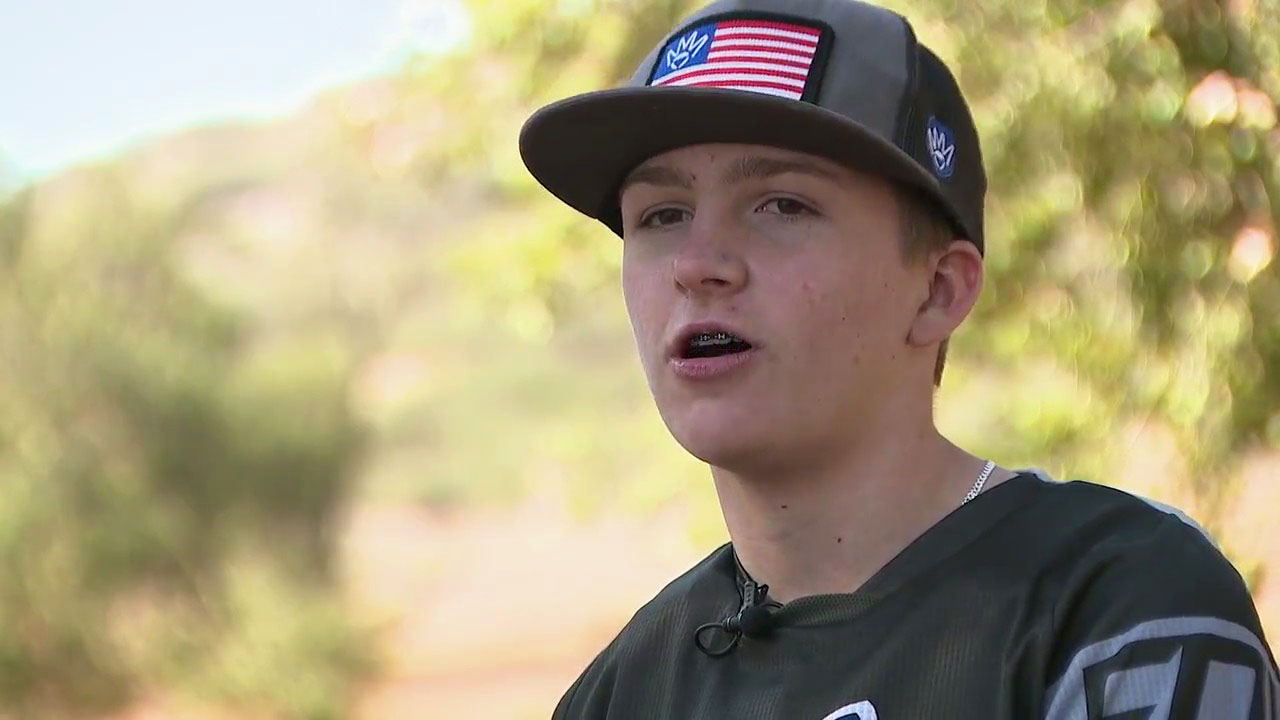 The Fast and the Focused: How Traveling in the Race Helped a Local Teenager Thrive

SAN DIEGO — Jaxon Henry has loved riding since he was old enough to swing his leg on his dirt bike.

But amid the pandemic, the 13-year-old from Crest decided to press the accelerator a little harder. Soon he found himself switching from riding to running.

“It was, ‘I have to do something that involves my dad and me,'” Henry said. “And I like to be competitive against others.”

His competitive nature helped him win the Southern California Dirt Series points championship in the rookie-85 class in his first year of competitive racing.

“The things he does, I would never leave the earth like he does,” Jaxon’s father, Shane, said. “When he does it I cringe because every jump when you throw you have to hit the right lip, you have to have the right balance, throttle control, brake control, all those things, be in the right report. He has this connection with his bike.

“When you go fast, I don’t know how to explain it,” Henry said. “It’s just a lot of happiness and focus and you think a lot faster.”

Cyclists often use the term “throttle therapy” to describe the joy and euphoria they feel while on the bike, and Henry says he’s noticed the therapy has extended off the bike as well. track.

“I’ve definitely seen a difference since I started mountain biking,” he said. “My grades have definitely improved and in terms of citizenship and effort.”

“Just because he wanted to race, it brought our family together to cheer him on,” Shane said. “So that was really a huge plus for us and it all started with him.”

Henry also began to attract the attention of sponsors, receiving discounts from several brands that manufacture riding gear. But he sees the real value coming from quality time spent with his family.

“Yeah, I really think riding mountain bikes has brought us closer together,” he said.