The HRC team is keen to build on the Spanish promise… 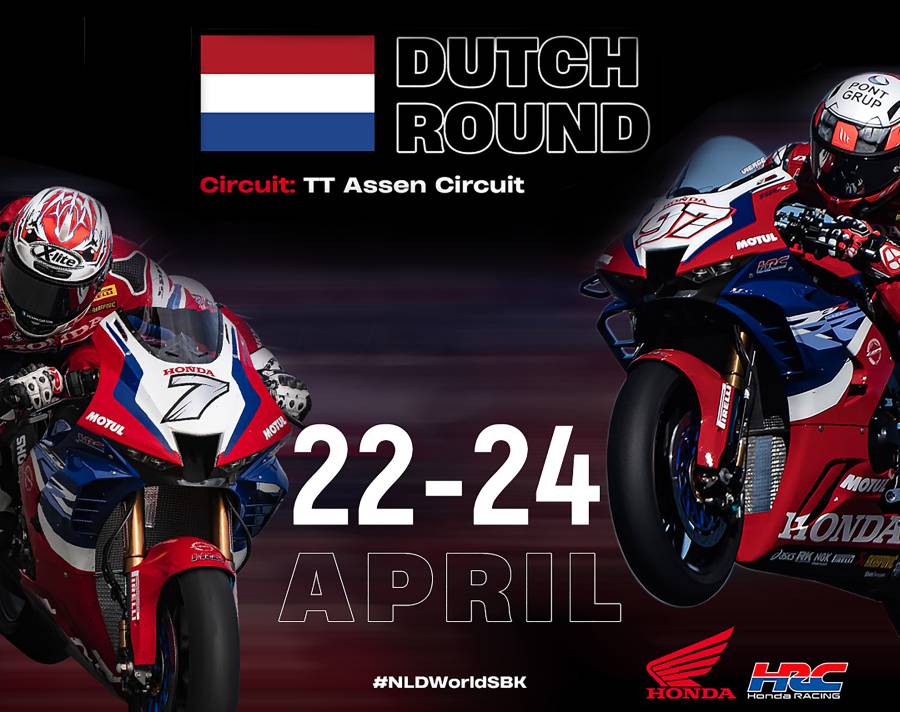 The HRC team is keen to build on the Spanish promise…

Factory riders Iker Lecuona and Xavi Vierge know the Dutch circuit very well, having raced there several times in the MotoGP and Moto2 categories, but they will now have to familiarize themselves with the layout of the track aboard the CBR1000RR-R FIREBLADE derived from production.

At the season opener, which took place at the Circuit de Aragón in Spain ten days ago, the HRC team got off to a very encouraging start, scoring top ten finishes with both drivers in all three weekend races. The points Lecuona and Virgo scored in Spain put them fifth and sixth overall as they head into the second leg.

The TT Circuit Assen, also known as the “cathedral” of motorcycle racing, is located in the province of Drenthe in the Netherlands. It has been the scene of motorcycle competition since the 1950s, while Superbikes have been used to it since 1992. The circuit is currently 4.542 km long and has eighteen bends, twelve of which are right and six left.