The humble bike – the ideal solution to deal with fuel problems 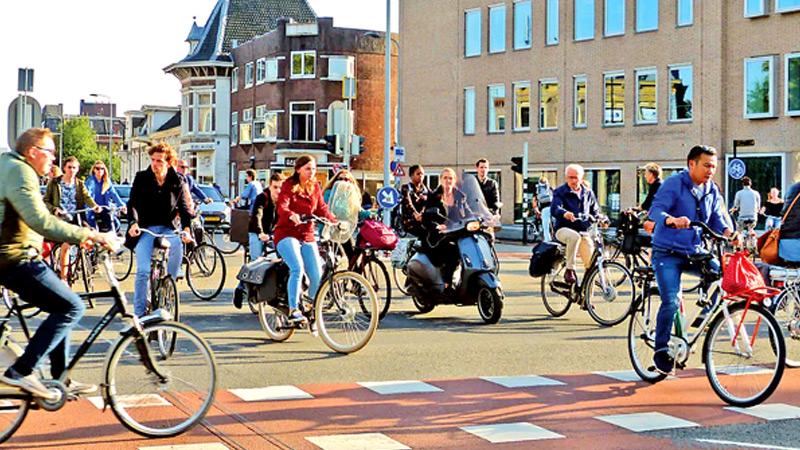 The humble bike – the ideal solution to deal with fuel problems

Sri Lanka is facing an unprecedented fuel crisis, with long lines of vehicles forming near gas stations across the country. The shortage is such that only essential service vehicles are supplied with fuel until at least July 10. Suddenly, we realized that we had to move away from vehicles that burn so-called fossil fuels such as gasoline and diesel, which we do not do. manufacture and must import at great cost to the economy – literally. It is therefore never too late to turn to alternative modes of transport that do not require oil at all.

From another perspective, the world is literally choked with traffic and the smog and pollution associated with it. The rise of the private car has strongly contributed to global warming, which would have disastrous consequences by the end of the century for the whole world if it were not controlled.

But all hope is not lost as many viable solutions are in sight. The electric car is one solution (even if it will not solve the traffic problem in itself) and improving public transport is another. The trick here is to entice more car owners to switch to public transport by providing a faster and more comfortable ride to the city or another destination of their choice. Renewable energies are another alternative. Imagine the fossil fuel savings if all thermal power plants could be replaced by wind and solar.

But there are two modes of transport that do not require any external energy: walking and cycling. Both are good for the body as well as the mind, being vigorous forms of exercise. But you can’t walk more than a few kilometers, especially in a big city, which leaves the bike as an option or alternative to the car for medium distances.

The world recently focused on this somewhat ancient mode of transport during World Bicycle Day which fell on June 3. The bicycle has come a long way since its invention exactly 205 years ago (June 12, 1817) by German aristocrat Baron Karl Von Drais. Since then, there have been many innovations in the field of cycling. Today’s modern bikes are lightweight, aerodynamic and multi-speed to tackle even steep hills. Bicycles are by far the cheapest means of transport available – even the poor can usually afford to buy one, although the growing demand for bicycles following the current fuel crisis has pushed their prices to levels somewhat high.

The mobility needs of people who walk and cycle – often the majority of a given city’s citizens – continue to be overlooked, says the Share the Road program’s 2018 annual report, even as the benefits of investing in pedestrians and cyclists can save lives, help protect the environment and support poverty reduction. Meeting the needs of people who walk and cycle continues to be an essential part of the mobility solution to help cities decouple population growth from rising emissions and improve air quality and safety. road.

According to the World Health Organization (WHO), a safe infrastructure for walking and cycling is also a pathway to better health for any nation. For the poorest urban area that often cannot afford private vehicles, walking and cycling can provide a form of transportation while reducing the risk of heart disease, stroke, certain cancers, diabetes and even death.

There are many reasons to celebrate cycling. According to the WHO, it is a simple, affordable, reliable, clean and environmentally friendly means of sustainable transport; The bicycle can serve as a tool for development and a means not only of transport but also of access to education, health and sport; The synergy between the bike and the user promotes creativity and social engagement and gives the user an immediate awareness of the local environment; The bicycle is a symbol of sustainable transport and conveys a positive message to promote sustainable consumption and production, and has a positive impact on the climate. 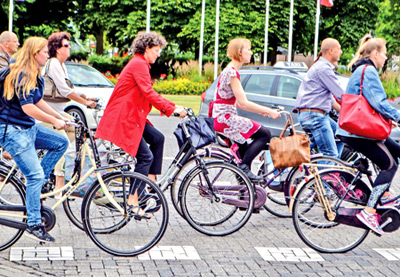 The United Nations encourages Member States to: give special attention to cycling in cross-cutting development strategies and to include cycling in international, regional, national and subnational development policies and programmes; improving road safety and integrating it into the planning and design of sustainable mobility and transport infrastructure, through policies and measures to protect and actively promote pedestrian safety and cycling mobility; promote cycling to all members of society and organize cycle tours at national and local levels as a means of enhancing physical and mental health and well-being and developing a culture of cycling in society.

Many countries now have policies that actively encourage cycling to school, work and other activities, such as dedicated cycle lanes, free secure parking and better signage for cyclists. Many towns also have bike stands where you can rent bikes and e-bikes (bikes with a small electric motor attached, to make climbing easier) for a small fee using a smartphone app. When the ride is complete, the user walks over to a similar bike rack and locks it.

Our love affair with the private car has nearly erased the bicycle from our streets, with only the poorer segments of society and professional racing cyclists using bicycles, although this is changing in the face of the fuel crisis. There have been reports of professionals, diplomats and academics using bikes to get to work, but it’s too hard to expect our MPs and ministers to ditch their gas-guzzling V8s and instead use the humble bike. It is, however, a common sight in many advanced economies where even prime ministers ride bicycles. Several ministers, including the Minister of Transport, Dr Bandula Gunawardena, have urged all citizens to use bicycles often for short journeys.

Bicycle use is much higher in rural areas of Sri Lanka than in urban areas (schoolchildren in uniform can be seen going to and from school in these areas), but regardless of the area, the bicycle remains a very dangerous means of transport here like other road users. have little or no regard for cyclists (and also pedestrians). Frankly, the dump drivers and prime movers sit so high they can’t even see a passing cyclist or motorcyclist.

Another inhibiting factor is that there are no proper cycle paths anywhere in the country except for some of the jogging paths in major cities which have a cycle path attached. Bike lanes in major cities are an established feature in many other countries, especially developed ones. The most cycle-friendly cities in the world are Copenhagen (Denmark), Amsterdam (Netherlands) and Montreal (Canada). All of these countries have excellent cycling infrastructure that Sri Lanka and other developing countries should strive to emulate.

Sri Lankan authorities should indeed investigate how countries like the Netherlands and Denmark have created such a strong cycling culture. Their capitals, Copenhagen and Amsterdam, are considered the most bike-friendly cities in the world. Amsterdam alone has 515 km of dedicated cycle paths. There are actually more bikes to push than people – 22.8 million bikes or around 1.33 bikes per person in Amsterdam. It has even converted many roads into car-free zones to allow access only to cyclists, pedestrians and sometimes trams. (It’s unfortunately another casualty of development here – we could have saved a lot of fuel if trams still existed in Colombo).

Amsterdam has designed its roads to be ‘bike first, car second’; now only about 24% of all trips in the city are made by private car or taxi. In fact, some publications are already debating how cyclists and driverless cars will coexist in Amsterdam and other bike-friendly cities in the future. However, it will not be possible to “import” all these features to developing countries which still have an obsession with passenger cars, but you have to start somewhere. In Asia, bicycles still rule the roost in many rural areas. Countries like China have a cycling culture, although most people switched to cars after the economy opened up.

Although our law enforcement authorities are very strict on helmet policy for motorcyclists, there is no such law for cyclists, which means they have a much better chance to be injured or killed in a traffic accident. Wearing a helmet should be made compulsory in Sri Lanka for cyclists of all ages. They need to be made affordable and Sri Lankan companies could manufacture them to save valuable foreign currency.

The bike is certainly back in full force and increasingly emerging as the smart mobility choice for the future. Lightweight construction materials, new tire technology, new gearing systems, integration with Google Maps, better lighting systems and discreet electric motors, the bike too is evolving for the better – even many manufacturers automobiles are now making advanced bicycles.

These still cost a pretty penny, but prices will come down in due course. Yet our roads are very dangerous for cyclists and pedestrians, but a change in attitude, a move towards more public transport and new traffic management solutions could make cycling a more viable option for one-way journeys single less than 50 km at least. Both ancient but paradoxically modern, the bicycle could nevertheless be the answer to our transport and fuel problems.