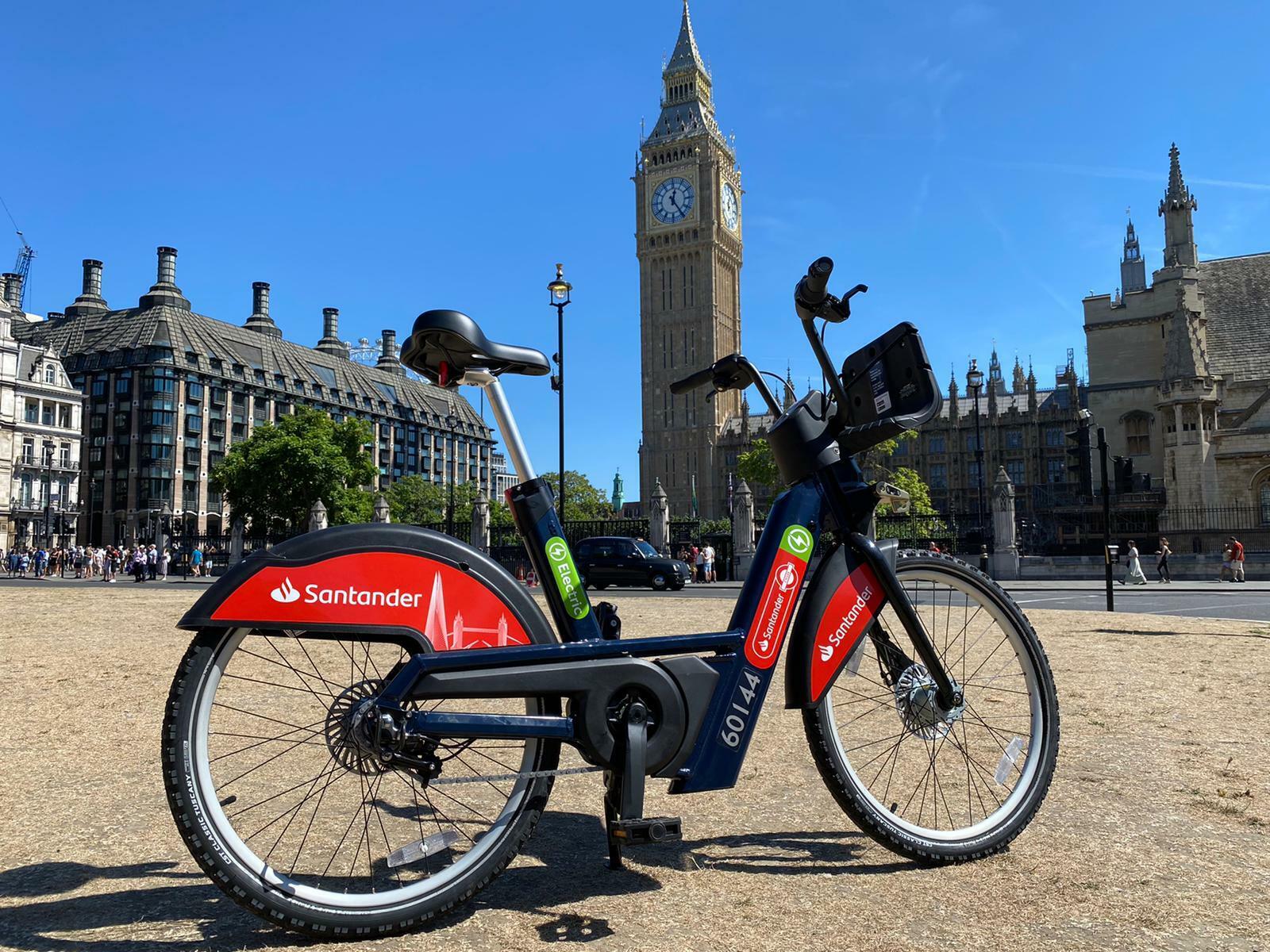 Santander Cycles (AKA Boris Bikes, nicknamed after the star of the 1931 “Frankenstein” film James Whale, South Londoner Boris Karloff) has been on our streets for an entire decade. Remember when they were blue with the Barclays logo? But If you’ve ever ridden one of the biggest monsters in town in their ten-year history, you’ll know they’re built for anything but speed. Serious cyclists wouldn’t dare set foot on the pedals of a Boris bike due to their clumsy and unsophisticated riding experience.

Well, that all changes today as 500 new electric rental bikes have been added to the London fleet Santander Cycles to encourage more people to cycle. The E-Bojo-Bikes will be available across central London, as part of a three-year, £18.75million extension to Santander’s sponsorship.

The bikes motor will allow them to reach 15.5mph, which is the standard speed limit for e-bikes in the UK, but obviously higher speeds will be possible downhill. Primrose Hill, anyone? Either way, e-bikes require far less pedal power than conventional Santander bikes. E-bikes are generally smoother and also require less effort over the bumpy terrain of the streets of London.

Unfortunately for us, however, this shiny new E-steed comes with a higher price tag. The current daily £2 ‘access charge’ for non-members (plus additional charge on journeys over 30 minutes) will be waived for journeys on the new model. E-bikes will cost £3.30 per 30-minute journey (equivalent to £1.10 every ten minutes; for comparison, a Lime e-bike costs 15p a minute, or £1.50 for ten minutes). The bikes will also only be available to riders who have paid £3 to join the Santander-sponsored scheme. The Classic Boris bikes will continue to make up the majority of London’s fleet of 14,000 bikes and will be available for £1.65 per 30 minutes – the same price as a single bus ticket.

London Mayor Sadiq Khan said this morning: ‘I’m delighted to see our very first Santander Cycles e-bikes in action on the streets of London today and to join Londoners riding these e-bikes around our city on their first day.

“The new e-bikes have an important role to play in breaking down some of the barriers that keep Londoners from cycling, whether it’s fitness, age or journey time,” a- he declared.

“I am determined to make cycling as accessible as possible as we continue to build a safer, greener and more prosperous London for all.”

ICYMI: There’s a listening bar that opens into a butcher’s shop .