There is a COVID-related bicycle shortage in the United States 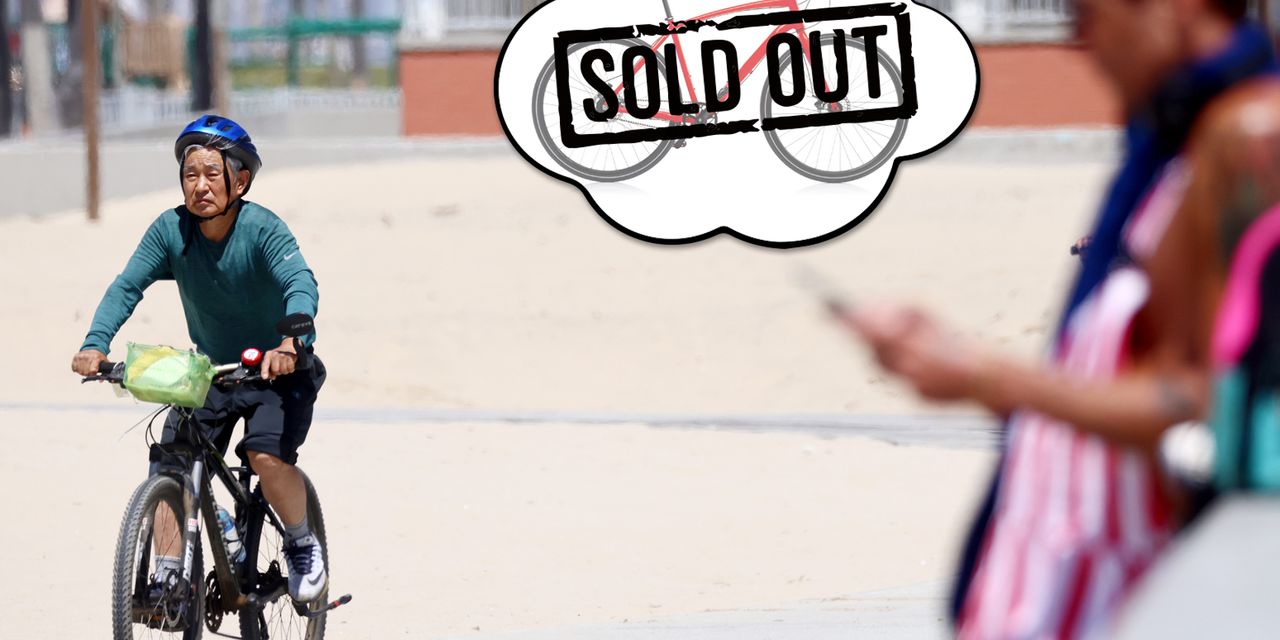 There is a COVID-related bicycle shortage in the United States

Harvey J. Miller, a professor at Ohio State University, recently wanted to buy a tire for his bike. His local bike shop told him the tires he wanted were out of stock – until April 2022.

It turns out that’s the least of the problems for cyclists this summer. Buying a bike at a reasonable price proves even more difficult for many Americans.

Bike sales rose 78% on the year between January and March, after rising 38% in the same period last year, according to Dirk Sorenson, sports industry analyst at NPD Group, a market research company.

I want to ride a bike, sang Freddie Mercury. These days, apparently everyone has that idea. Now try to buy one.

More than a year after the start of a pandemic that has boosted the appeal of cycling – an outdoor activity where it’s already a good idea to stay at least a few meters away from another person – it can be quite difficult to get bikes and bike parts.

“Some industry estimates predict that it will take until 2023 before inventories return to normal levels.”

“Demand has exceeded supply for bicycles globally,” said Heather Mason, president of the National Bicycle Dealers Association, a trade group with about 700 members. Some industry estimates predict it will take until 2023 before inventories return to normal levels, Mason said.

Mike Gray, owner of Sourland Cycles, said he added 1,500 new customers to his database who visited his Hopewell, NJ shop and bought something since the start of the pandemic.

At the same time, the current moment is “incredibly frustrating” as it seems to be getting hourly calls from people “looking for bikes you can’t get”.

If someone walked into the Gray’s store right now, they would have less than 10 bikes to choose from to buy there. Before the pandemic, Gray had about 200 bikes ready to buy and roll out.

Alternative to gyms, stay at home

Which give? Cycling was the ideal way to get around during the pandemic for many people living in cities and those who fled them during the peak of COVID-19.

During the pandemic people were locked down and riding a bike was a relatively safe way to be outdoors and social distance from others.

With less traffic and more distrust of public transport, it was also an easier way to get around the city streets.

There was a COVID-related migration from urban centers to suburbs and suburbs, and biking seemed like a natural way to explore the surroundings, get some much-needed exercise while taking care of your mental health.

“Cycling traffic after the start of the pandemic in 2020 increased by 50% compared to the same period the previous year in New York and several metropolitan areas changed traffic patterns and opened up more miles of roads to accommodate cyclists and pedestrians,” according to a US Census Bureau shortage report.

“Cycling was the ideal way to get around for many people living in cities and those who fled them during the peak of COVID-19.”

“When many fitness centers across the United States temporarily closed, gym members were quick to look for other alternatives,” he added.

“This renewed interest in cycling has increased the demand for low-cost bikes and, at the same time, bike enthusiasts have continued to buy high-end gravel, mountain, road and electric bikes that can cost thousands of dollars,” the Census Bureau said.

This combination of increased consumer demand and pandemic-related supply chain issues hampered work for all kinds of products, including cars and fireworks.

“It is clear that American consumers have relied heavily on bicycle imports – primarily from China,” the Census Bureau said in its report.

“Bicycle imports fell significantly in March 2020, but by September imports had rebounded. More than half of the $124 million in bicycle imports in January 2021 came from China ($69.8 million). Taiwan ($30.0 million) and Cambodia ($14.6 million) ranked second and third.

“More than half of the $124 million in bicycle imports in January 2021 came from China, the Census Bureau said.”

“Drivers for this increase include limited supply at retail and consumers increasing their purchases of more expensive bike categories, such as e-bikes,” Sorenson said.

The majority of bikes people ride in America are made and assembled in China and other Asian countries, said Jay Townley, founding partner and resident futurist of Human Powered Solutions, a consulting firm that studies the bike industry. and other non-automotive modes of transportation. .

The current bicycle shortage is the result of an increase in demand coinciding with a “supply chain nightmare”, he said. “The side effects and collateral damage continue to this day.”

It’s a common theme this summer. The bicycle industry, like many other sectors, is still feeling the effects of supply chain issues that began at the start of the pandemic when Chinese ports were closed or significantly slowed.

Similarly, people in the fireworks industry say that there are still a lot of fireworks in China, but the ports are bogged down and there is no capacity to get the product out. boats and put it in trucks and stores.

The pandemic is making the concepts of “efficiency and resilience enemies” for supply chains, said Miller, who is also director of the university’s Center for Urban and Regional Analysis.

“There are bikes to be had, but you have to go get them,” Mason said.

Demand is dwindling somewhat for kids’ bikes and lower-priced bikes (under $500) that are often sold at big box retailers and sporting goods chains, according to Townley.

It’s best to inquire at several local bike shops, Mason said.
Buyers should tell the store what type of bike they are looking for, but be open to different types of bikes if they are out of stock or out of stock. “Be communicative, be flexible, but don’t delay,” Mason said.

Consumers should also be prepared to travel to pick up their bike because a store might not want to worry about shipping, given the demand, Gray said. In one instance, he had a Boston customer drive to his New Jersey store to pick up a bike.

Don’t forget places like Craigslist.org to buy a bike for the summer, Gray said. He often gets customers looking for tune-ups on used bikes they bought online. “It’s not a bad way to go,” he said.