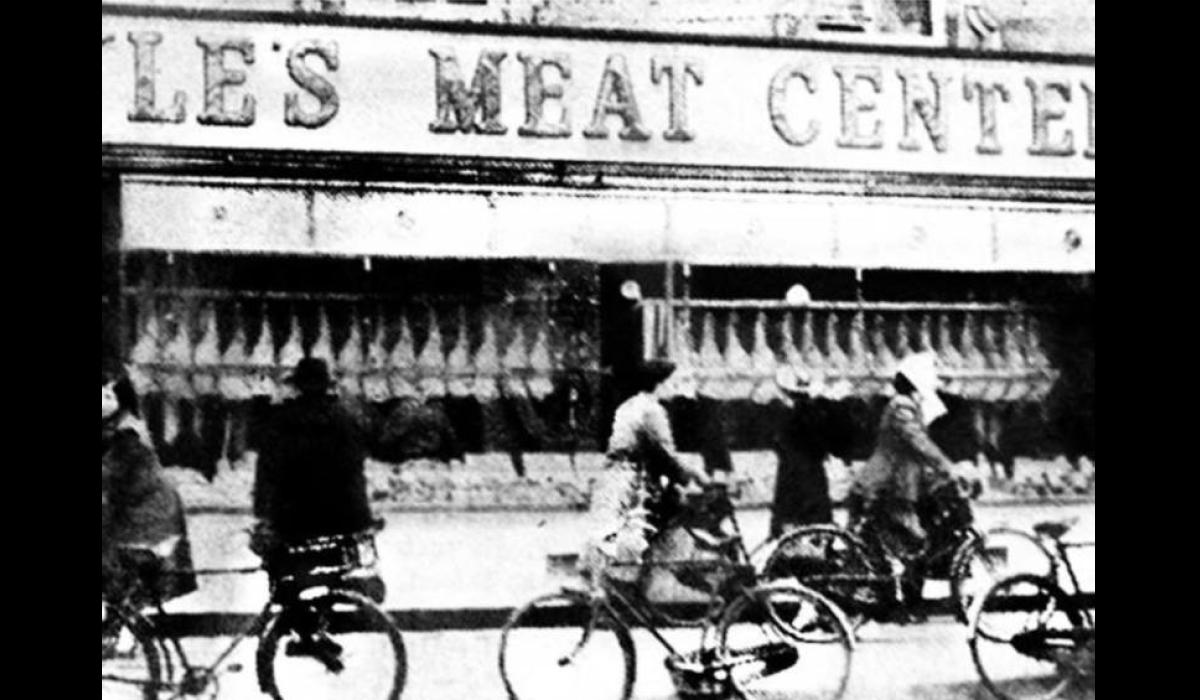 When I was at school, Dundalk was known as ‘Bicycle Town’ as it was believed that the population had more pedal bikes per capita than any other town in Ireland.

This was partly because of the “wartime emergency” when gasoline was scarce and there were few other means of transportation.

Being, for the most part, a flat city helped and almost anyone from toddlers to grandmas could ride any form of “bicycle” available.

Bikes were cheap and plenty of used bikes were for sale at the many bike repair shops dotted around town.

This, however, did not stop bike theft and the crime of “bike theft” was considered one of the most serious offenses in the district, as many depended on their “trust wheels” to get them to work on time!

It was something like stealing a horse in the old Cowboy era “Wild West” because there was no insurance for the loss of a bicycle.

Even if you could afford a replacement, someone could lose their job if they found their bike missing one morning from work! It was also a key means by which many students arrived at school on time, as free school buses were not yet provided.

One type of bike that was common in the city up to sixty years ago and that you won’t see today was the Messenger Bike.

They were big and heavy with a square metal frame at the front for carrying all sorts of things, from groceries to postal parcels.

I remember a man from the Hill Street area who used to drive around town with a large metal milk container, with a tap in the front and measuring canisters hanging from his handlebars .

I suppose he would buy the milk from one of the larger dairies and resell it to his customers at a small profit.

It should start early in the morning and perhaps not finish until late afternoon – six days a week.

He couldn’t have lived off this trade and it was a pathetic sight walking down the road on a cold dark winter morning, but most people in our district loved him and many may have bought him milk for charitable reasons.

I remember he seemed very grateful to my mother when she invited him to our house for a hot cup of tea on those cold days and the children in our house were so sorry when he gave it up!

I wonder what happened to his messenger bike?

Those memories all came back to me when I spoke to a middle-aged man outside a local supermarket who was recently loading packages onto one of those modern e-bikes.

He spoke with a foreign accent and I was surprised when I was told that he had cost over two thousand euros.

He told me he had lived in Dundalk for over 15 years and owned a car but the cost of running it had become too high.

He further explained what made him decide to make the switch was when he was asked for more than €2,200 to renew his insurance.

Guess I shouldn’t have been too surprised at the cost of his new bike because a member of my own family recently decided to do his bit to try to reduce carbon emissions by buying one of those new folding bikes that had an electric motor booster.

The cost of this type of transport was even higher than the fixed frame that the man outside the supermarket had. It had cost almost €4,500 and I wondered how anyone could afford such an expense until I learned that there was a government-backed scheme whereby his employers paid about half that amount.

It’s clearly a useful means of transport, especially since it can be folded up and carried on a bus or train at no extra cost! Still, I’m not sure it would suit an older person.

When it comes to the cost of paying for things like e-bikes, some young readers might be surprised to learn that in the middle of the last century, few luxuries, and in fact many household appliances, weren’t purchased by direct payment.

They were bought on what was called “hire-purchase”, whereby a small down payment was made and the rest in weekly installments. Which often meant that the goods ended up costing much more than their advertised price.

This method of payment often horrified the elderly of the day who still had what was called the “work house mentality” in which they feared incurring debts that they could never repay.

However, he provided many Dundalk houses with things, like radios and washing machines, that people of any previous generation could only dream of owning!

By the way, I was wondering how a rider could get electric assist from these e-bikes until it was reported that there was a small round motor mounted in the middle of the front wheel!

This motor is not much bigger than the gears that had been installed on the more expensive bikes after WWII. Gas-powered bikes were tried around the same time, but they were much bigger and heavier, were noisy and smelly, and more often than not broke down and couldn’t be repaired easily!

Modern technology has improved dramatically since the turn of the present century and I wonder what workers in Dundalk three quarters of a century ago would have thought of e-bikes and the like?

Likewise, it makes me think about what new developments in transportation and travel might have happened in the middle of the 21st century?