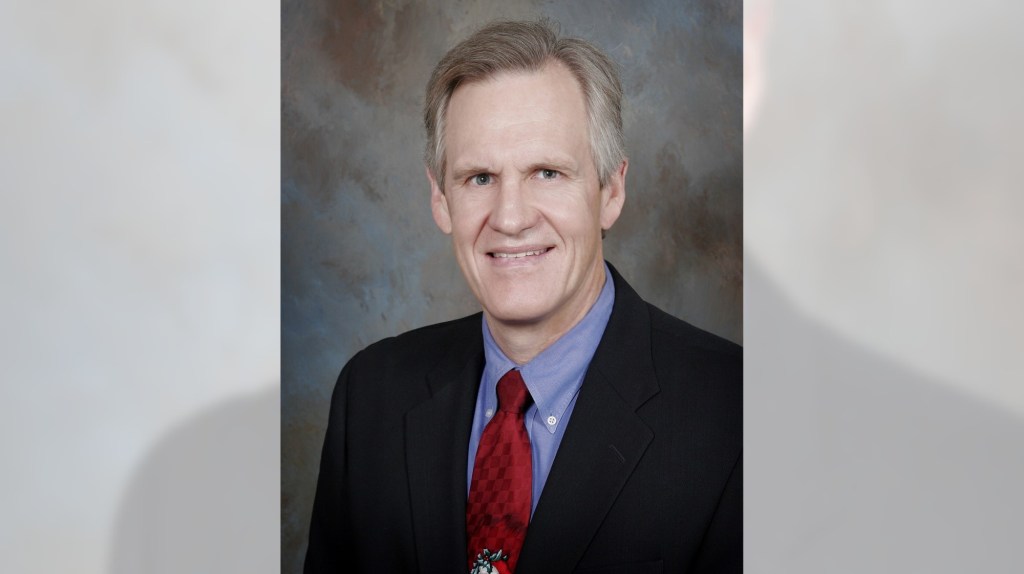 Upland is reeling from the sudden loss of a former city council member, current water board chairman and philanthropist, who died after a bicycle collision in Montclair last week.

Tom Thomas, 68, an avid cyclist, was on his bike in the Monte Vista Avenue left-turn pocket, waiting to turn onto Richton Street near the Montclair TransCenter on Thursday, Feb. 24, when a motorcycle drove him hit from behind.

Thomas suffered numerous broken bones and internal injuries. He underwent surgery in a hospital but died on Saturday February 26, according to information posted by his wife, Ann Shriner Thomas, on several Facebook pages, as well as city hall sources and friends.

Upland City Council adjourned the Monday Feb. 28 council meeting in his name, posting a photo on the video screen of Thomas, who served from 1990 to 2010, as his accomplishments were read aloud by the mayor.

“Our community is better off because of Tom’s contributions and we thank him for that,” Upland Mayor Bill Velto said.

Former mayor and city council member Ray Musser served alongside Thomas and said the man who owned his own insurance business brought a business-like approach to city business.

“He was a person you could reason with. I also considered him a close friend,” Musser said on Tuesday, March 1.

Musser was still in shock, saying his friend loves cycling and rides his bike every day. He helped start the Tour de Foothills in 2004, an Upland bike race that brought thousands of cyclists to the city each year.

“We’ve lost a stalwart of the city,” Musser said.

Thomas leaves behind his wife, Ann, and three daughters.

“It’s a tough time for Ann,” Musser said. “She’s seen him come home thousands of times over the years. But this time he didn’t come home.

On Saturday, Ann Thomas wrote that her husband had died and asked the public to donate blood and donate to the charities he supported: Foothill Family Shelter, Friends of Upland Animal Shelter, Inland Valley Repertory Theatre, Ophelia’s Jump and The Samaritan Counseling Center.

Thomas has served on the Upland Library Board, the Upland Community Foundation, the Upland Police Foundation, and the Upland Sister City Association. He helped raise funds for the Grove Theatre, Carnegie Library, helped develop the Upland Skate Park and the Pacific Electric Bicycle and Pedestrian Trail.

Pro-Tem Mayor Shannan Maust and Thomas served on the board of the Upland Community Foundation, which helps raise money for nonprofit groups.

“He was a kind-hearted servant whose absence many will miss,” she said at the council meeting.

Council member Janice Elliott said Thomas had “a wisdom, kindness, knowledge and respect that have always impressed me”.

Jim Thomas, an unrelated Upland resident, spoke from the podium Monday night, saying, “Tom left a huge mark on Upland history and he will be deeply missed.”

Lee said the council lost its most valuable member who became extremely knowledgeable about water issues during his tenure.

“It was a passion. It stemmed from his desire to serve the community,” Lee said. “It’s a huge hole and we won’t be able to fill it but we will keep going.”

Editor’s Note: This article has been updated to correct information about Upland resident Jim Thomas. He has no connection with former councilman Tom Thomas.