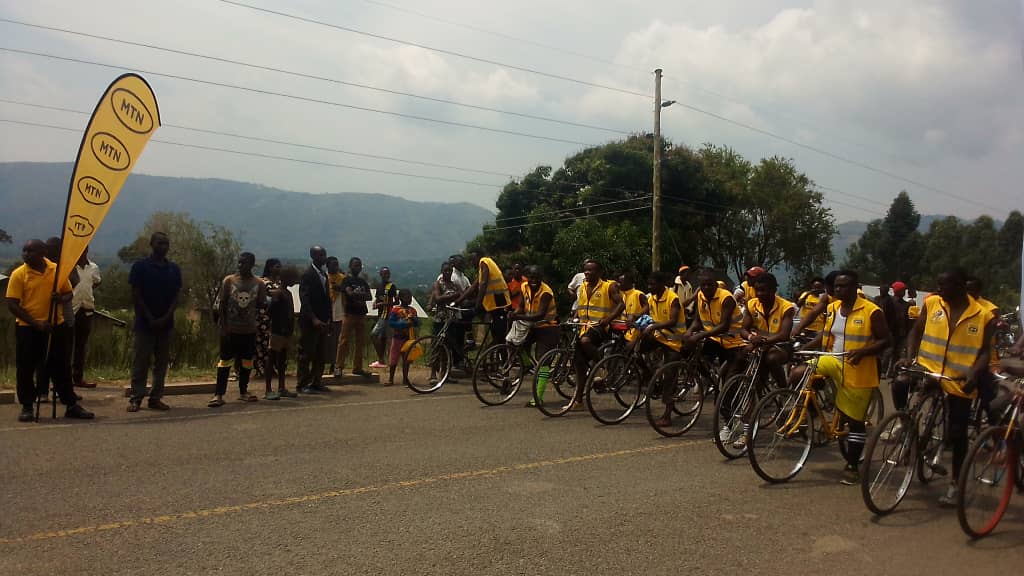 With the Ntoroko County Cycle Race ending last week, it is only a matter of days before Tooro Kingdom crowns the county as the winner of the thrilling two-month cycle race competition sponsored by MTN.

On Friday morning, several people took to the streets of Karugutu town hall in Ntoroko district to watch the district’s first-ever cycle race. It was also the last cycling race among the 9 counties of Tooro, before the final race to be held this Sunday 4e September in Fort Portal.

The highly anticipated final competitions of the MTN Tooro Kingdom Cycling Race will feature the top 10 winners in each of the 9 counties. 5 of the cyclists will ride regular bikes while the other 5 will ride sport bikes. The King of Tooro, His Royal Highness King Oyo Nyimba Kabamba Iguru Rukidi IV is expected to grace the event.

Micheal Wandera, the Sports Minister of Tooro Kingdom who presided over the races in all counties, congratulated the people of Tooro for the peaceful competitions and thanked them for their participation as well as for their tireless support to their counties, aspects who have made the exercise successful so far.

“With the support of MTN, we cycled through all nine counties and the cycling races were peaceful. I must commend the people of Tooro for embracing the sport. At our last race activity this Sunday in Fort Portal, we expect the King of Tooro to be the main guest and on that day he will also be cycling,” Wandera said.

Cycle racing was launched as a precursor to the 200e anniversary as well as the anniversary of the king’s coronation.

Andrew Tusubira, Western Region Commercial Director of MTN Uganda, commended Tooro Kingdom for embracing the sport which has proven exciting to the masses who have continuously turned out not only to support the race but also to celebrate their rich heritage as people of the great kingdom of Tooro.

“We are indeed happy to see that this race has been adopted and that it serves its purpose of promoting social welfare as well as unity among our cultural institutions,” Tusubira said.