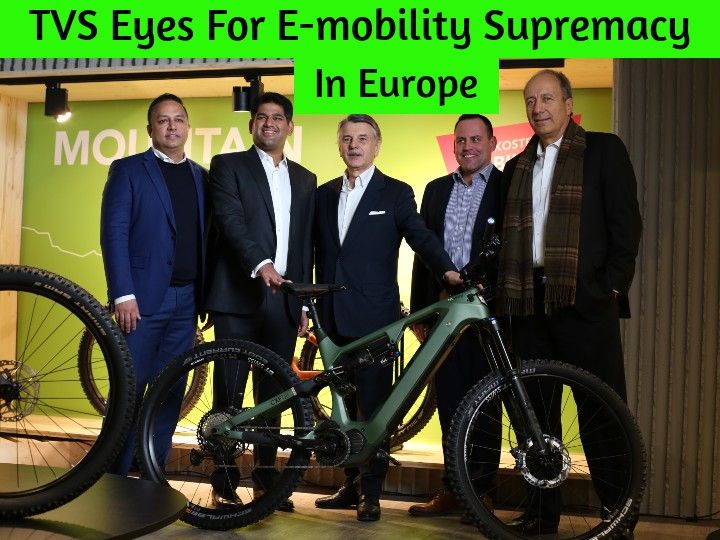 The e-mobility space is seeing renewed action and, in an effort to capture this rapidly growing segment, TVS has acquired a 75% stake in what is billed as Switzerland’s largest e-bike conglomerate, Swiss E -Mobility Group AG (SEMG). The remaining 25% will be acquired at the end of the year. This is the second e-bike acquisition by TVS following the acquisition of a majority stake in EGO Movement, another Swiss e-bike companyin September 2021.

With a turnover of $100 million, SEMG is home to four brands: Cilo, Simpel, Allegro and Zenith, and the conglomerate has a presence in Germany, Austria and Switzerland. SEMG has 31 physical stores in Europe, as well as an e-commerce platform and two online platforms. The company retails a variety of e-bikes ranging from terrain tamers to city e-bikes. What this acquisition could mean for TVS is that it will be able to have greater control over SEMG’s distribution network in Europe, in addition to giving the bike manufacturer greater exposure globally.

TVS recently extended its partnership with BMW Motorrad in December 2021, and as part of this system, the companies could jointly develop electrical products in the future. Additionally, in July 2021, TVS also revealed plans to invest over Rs 1,000 crore in establishing a new wholly-owned subsidiary dedicated to electric vehicles, and the Hosur-based company revealed its plans to launch. up to six electric vehicles over the next 24 months.

Eventually, some of these upcoming EVs will arrive in Europe, and that’s where TVS’ latest acquisition comes in. Going electric is critical for last-mile connectivity, so the company will be able to take advantage of the dealership’s presence for its upcoming electric vehicles, which could later even include electric motorcycles and electric scooters. These contact points will also be of great help in setting up charging infrastructure or exchange stations if necessary.

Sudarshan Venu, co-CEO of TVS Motor Company, revealed that the major e-bike brands (of the conglomerate) will be launched in India in the second half of this year. Since these are ambitious products, expect the prices to be a bit high.

Obviously, TVS’ acquisition of these e-bike businesses is also more of a long-term strategy that helps the company build a stronger footing in the burgeoning e-mobility space as a whole rather than focus only on electric motorcycles or e-scooters.