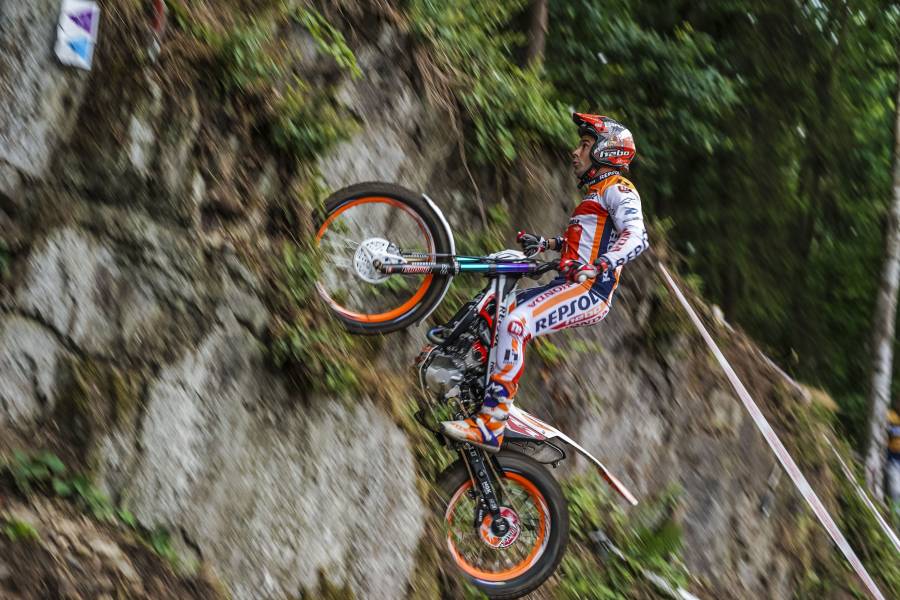 The demanding wooded and natural spaces of Neunkirchen once again characterized the second day of the TrialGP World Championship in Germany. With yesterday’s benchmarks noted and a little storm after the podium celebration, Toni Bou went strong from the start this morning. The highlight of the day, however, was the fight for first place between Jaime Busto, Matteo Grattarola and Toni Bou himself. The Repsol Honda Trial Team rider finished the first lap in second position and managed to minimize mistakes on the second lap to take a narrow victory that was only decided in the last two sections. Bou’s two wins at Neunkirchen mean the Catalan rider takes his tally to five consecutive wins in Germany, following a win in 2011 and two wins in 2016 at Gefrees. In addition, Toni Bou continues to consolidate his lead in the general classification, with a total of 114 points, or 23 points ahead of the second closest.

For Gabriel Marcelli, the second day of the TrialGP of Germany turned out to be just as positive. Despite the physical aggravation of his injured left leg, the Galician rider from the Repsol Honda Trial team managed to find the right sensations today and remained in the fight for fifth place until the last sections of the course, even would finish sixth. In the general classification, Gabriel Marcelli continues to occupy seventh position, with a total of 59 points.

After passing the halfway point of the 2022 season, the TrialGP World Championship is now taking a five-week summer break. The action will return on the weekend of August 20 and 21, with a one-day race in Comblain-au-Pont (Belgium).