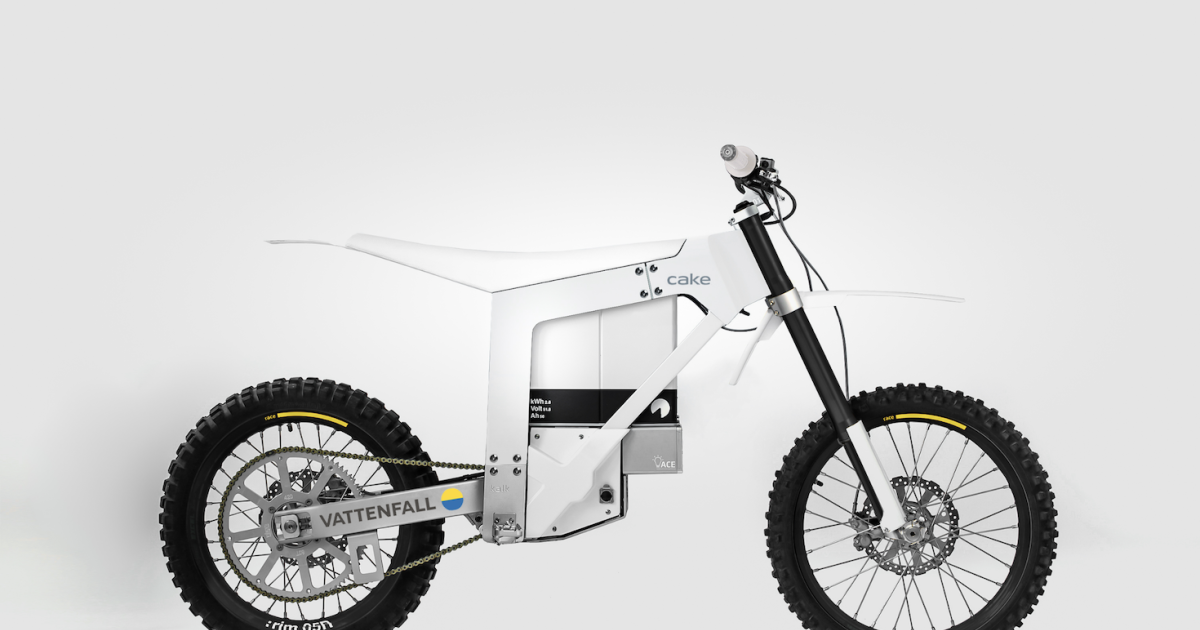 European energy giant Vattenfall and Swedish e-bike manufacturer Cake have teamed up to build a completely ‘fossil-free’ electric motorcycle using an innovative production process that will deliver ‘the cleanest off-road bike ever’. time”.

The companies said they plan to use the project to highlight the climate impact of producing one of Cake’s Kalk OR electric off-roaders by showcasing it in an 8.6-meter cube – creating a space equivalent to the CO2 emissions the bike will save.

According to the companies, the 8.6-meter cube reflects the volume of carbon emissions emitted during the production process, which amounts to 637 cubic meters, or 1,186 kilograms of carbon dioxide, the same amount of carbon dioxide. produced by someone flying from London to New York and back twice.

In order to make the bike “fossil-free”, the companies said they were exploring the use of alternative materials such as green aluminum, steel, plastic and rubber, as well as how they could reduce the bicycle carbon emissions. engine, battery, brakes, suspension and electronics.

Stefan Ytterborn, chief executive and founder of Cake, described “fossil-free” as a completely carbon-free production process, regardless of what fuel the bike will run on.

“It’s unlikely that many companies are aware of the carbon footprint of their own products,” he said. “To understand and manage our own impact, we measured emissions from our entire production chain for a Cake Kalk GOLD and started decarbonizing every step to a minimum by 2025. In doing so, our second most important to the planet is to inspire other manufacturers to step up and do the same.”

Annika Ramsköld, Head of Corporate Sustainability at Vattenfall, added that the partnership supports Vattenfall’s vision of enabling fossil-free living within a generation, as well as showing its dedication to new partnerships that “inspire and break down barriers. “.

“This is one of those projects where our main contribution is the vast knowledge of fossil-free solutions and industrial electrification that we have acquired over decades from our own industries as well as others” , she said.

The partners said they have been collaborating on the project since 2021 with a view to producing the first “fossil-free” off-roader by 2025. They added that they are also working with a consortium including Cake’s existing suppliers, as well as a number of innovative makers of alternative components and materials, which the companies said they hoped would offer the possibility of further emissions reductions.