Velorution owner says cycling has a ‘great future’ in Sault 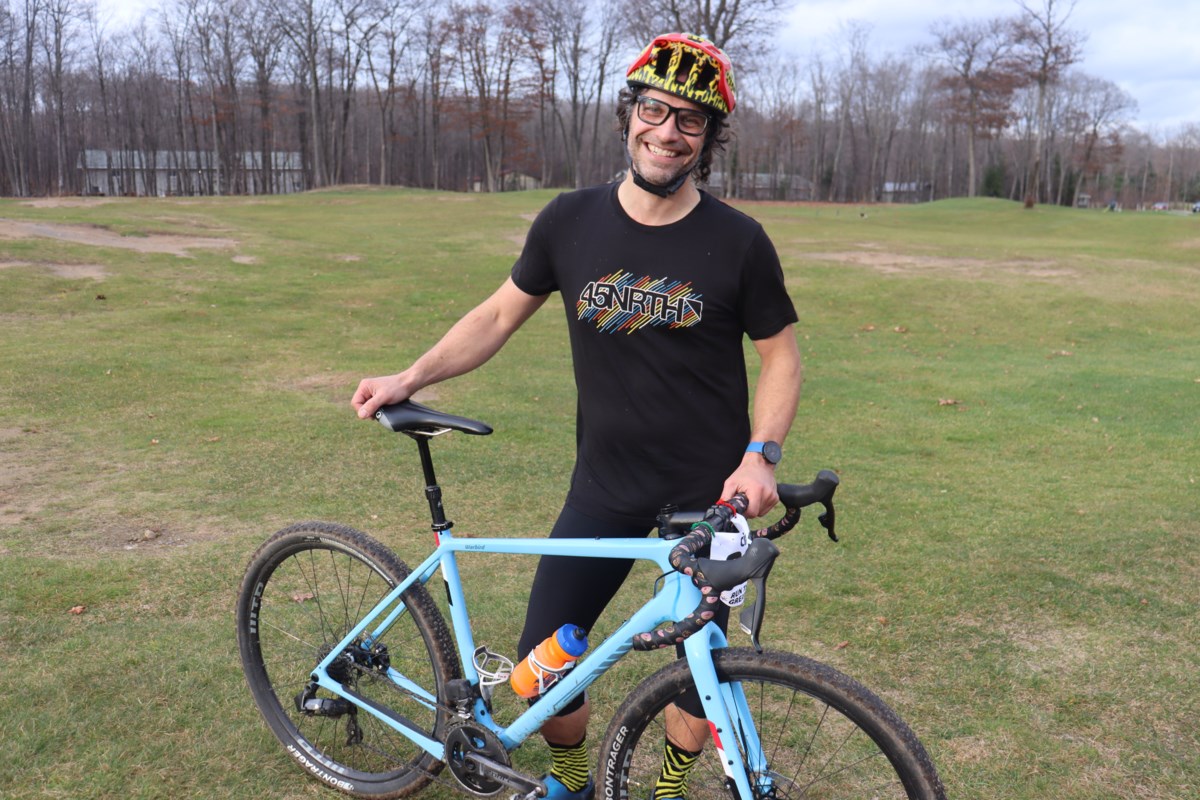 Velorution owner says cycling has a ‘great future’ in Sault

Avid mountain biker and cycling expert, Jan Roubal believes the best days are yet to come for the growing cycling community in Sault and surrounding areas.

The Sault Cycling Club once again welcomed dozens of cyclists to the cyclocross event at Crimson Ridge Golf Course last weekend, where participants tested their abilities on the challenging conditions of a bumpy and twisty track. .

After retiring with a clear win in the Competitive Division, Velorution owner and avid mountain biker Jan Roubal was happy with his performance, but says there was a lot more to take away from the event.

“To see the kids enjoying it as much as they did was really great,” he says. “The cycling club has created a great culture for children here. It’s cool to see the younger generation getting involved in this.

This sense of community spirit is what Roubal believes is key to building a bright future for cycling and mountain biking in Sault Ste. Married.

Born in Czechoslovakia (now Czech Republic and Slovakia), Roubal arrived in the Sault at the age of 6 and himself has fond memories of cycling as a child.

Since he started racing as a competitive mountain biker at the age of 12, Roubal has competed in countless races and events across the continent and won a number of breakthrough victories and impressive accolades in road course.

But above all, Roubal says he is lucky for the many friends and relationships he has made over the years.

“At 40, I still see people I used to run with when I was in my late teens and early twenties,” he says. “These are friendships that never really go away. The community aspect of cycling is really what held me back.

For a period of his life, Roubal moved to Ottawa where he helped run a rental store at a ski resort, but he eventually returned to the Sault in 2007.

“I thought I would never come back, but I started realizing the things I was missing,” he says. “The longer I was away, the more I realized that having mountain bike trails and recreation right outside your door was pretty special.”

Shortly after returning home, Roubal had the opportunity to help out Velorution, one of the city’s booming bike shops.

In 2014, he and his wife Ngaire bought the store and became its owners. Last year, the couple moved from their Second Line location at the corner of Fish Hatchery Road and Landslide Road, where they remain today.

Since returning to Sault, Roubal has seen the cycling and mountain biking community grow exponentially, with more events and opportunities presented to locals and tourists alike to get out and explore the area.

“We’re seeing a huge increase in the number of people using bicycles to get around,” he says. “Even winter travel has really increased over the past few years. And with COVID everyone was looking to get out, so mountain biking became popular as well.

“I see us becoming a travel destination,” he adds. “Over the past couple of years, we’ve seen a massive influx of people coming to the Sault to enjoy it, whether it’s road biking, mountain biking or just general outdoor activities. We are really lucky to have this awesome space around us.

Roubal says biking is unique because it’s a lifelong activity.

“You can get away from it a bit in your life, but it’s always something you can come back to,” he says. “It’s a great way to get some fresh air and exercise, and it’s also great for the environment. I’m a big believer in being outdoors, especially when you’re in the forest from a mountain biking perspective – it’s really special.

Regardless of the outside conditions, Roubal notes that every day is a good day to get on a bike.

“I’m convinced there is no bad weather, just bad equipment,” he said. “If you have good equipment, you can get into anything.”

When he’s not racing, Roubal spends more than 15 hours a week on a bike, whether he’s training, commuting or just taking a ride.

Now in his 40s, Roubal says he has no plans to slow down anytime soon.

“I always try to challenge myself and run whenever I can, even though I’m a bit of an old fart,” he laughed. “It’s something you can continually work on to improve. There is always something to learn.

Roubal says his wife Ngaire and two sons Josh and Seth have been an incredible support system for him when it comes to his passion for cycling.

“They all like to ride their bikes and they like to come to the events I attend,” he says. “They will sometimes participate too.”

No matter how difficult a challenge like mountain biking may seem, Roubal insists it can be accomplished as long as you put your mind to it.

“A lot of times it’s easy to say something is hard and you can’t finish it,” he says. “But if you can train yourself to believe in what you’re doing and you’ll get through it, then nothing can stop you from doing it.”