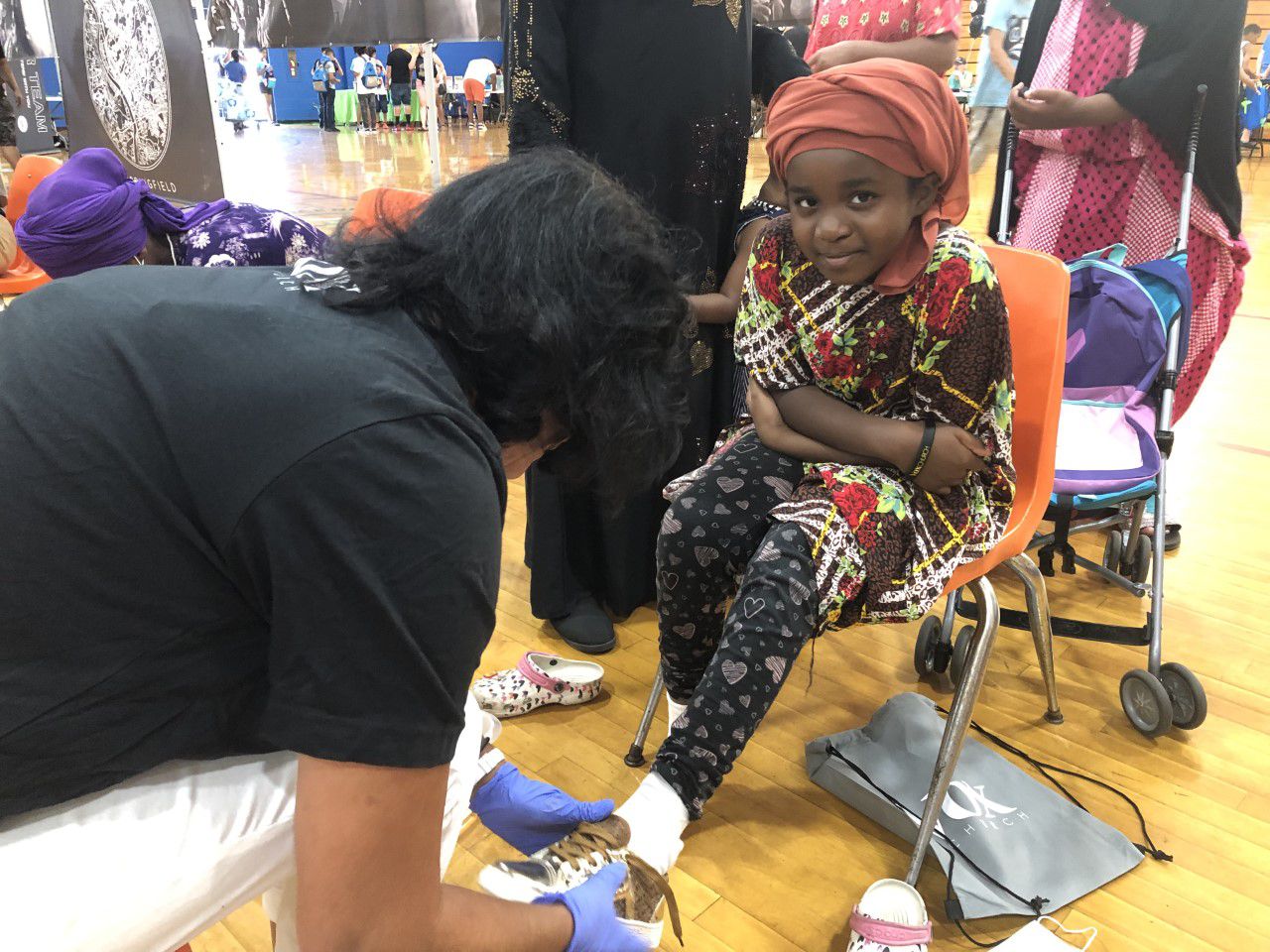 SPRINGFIELD – Children of all ages, sizes and shapes, mums, dads and extended families packed the sports field next to the Boys and Girls Club on Carew Street on Saturday as Vox Church and the club staged the second event annual back-to-school sneaker.

Vox Church campus coordinator Daniel Tedone estimated that up to 3,000 people turned out to receive a new pair of trainers and a backpack for each child in need, and to enjoy the carnival atmosphere with bouncy houses, food stalls and activities.

Tedone said the church had hoped in the past to be able to donate 1,000 pairs of sneakers. This goal was achieved yesterday.

“We had to turn away so many children last year. We donated 600 pairs of trainers and maybe 300 backpacks, but we found that children were showing up without socks, with holes in their shoes. Obviously there is a need,” Tedone said. “We wanted to strengthen it because we had to turn away so many people and we didn’t want to have to do that again this year. So we went out and looked for sponsors and they stepped up.

“Yeah,” he said. “We would like to make 2,000 pairs but it depends on the sponsors; sneakers are expensive. Depending on what we can do with sponsorships and partnerships, that’s what we’ll do. We will grow as much as we can. »

Nine-year-old Christian Gonzalez waited patiently for his sneakers yesterday. He sat down with church volunteer Corey Sanders to get his feet washed, like all kids who got sneakers, and a brand new pair of socks slipped on his feet before he adjusted the shoes.

“We talk with the kids about who they are, what they like to do, their hobbies, things like that,” Sanders said. “We develop a sense of community with them and try to create Jesus in each of them; we want to help them have that relationship.

Two places down, 7-year-old Khadija Ali was so excited about her pair of shiny silver trainers that she wanted to put them back on right away, even though they were a bit too small. Church volunteer Lisa Lubanski had to convince her to try on a second pair.

Outside, bike enthusiast Robert Thomas used his mechanical skills to help set up the 18 bikes that RAD Springfield donated to kids who wouldn’t have them otherwise.

“Make it Springfield is a community space near the junction of Main Street and Worthington Street and it does all sorts of things – art classes, carpentry classes, sewing, and every Monday it turns into a short-lived bikes that we call RAD Springfield,” he said.

There, the group takes donated bikes and repairs them for eventual distribution to townspeople in need of transportation. But in addition to donating bikes, Thomas said the group also teaches kids how to fix their own bikes.

“We have a full set of tools to use with volunteer mechanics to work with them,” he said. “It’s all part of our philosophy, recycle and reuse.”