Was your childhood spent racing around Dundee on a BMX bike? 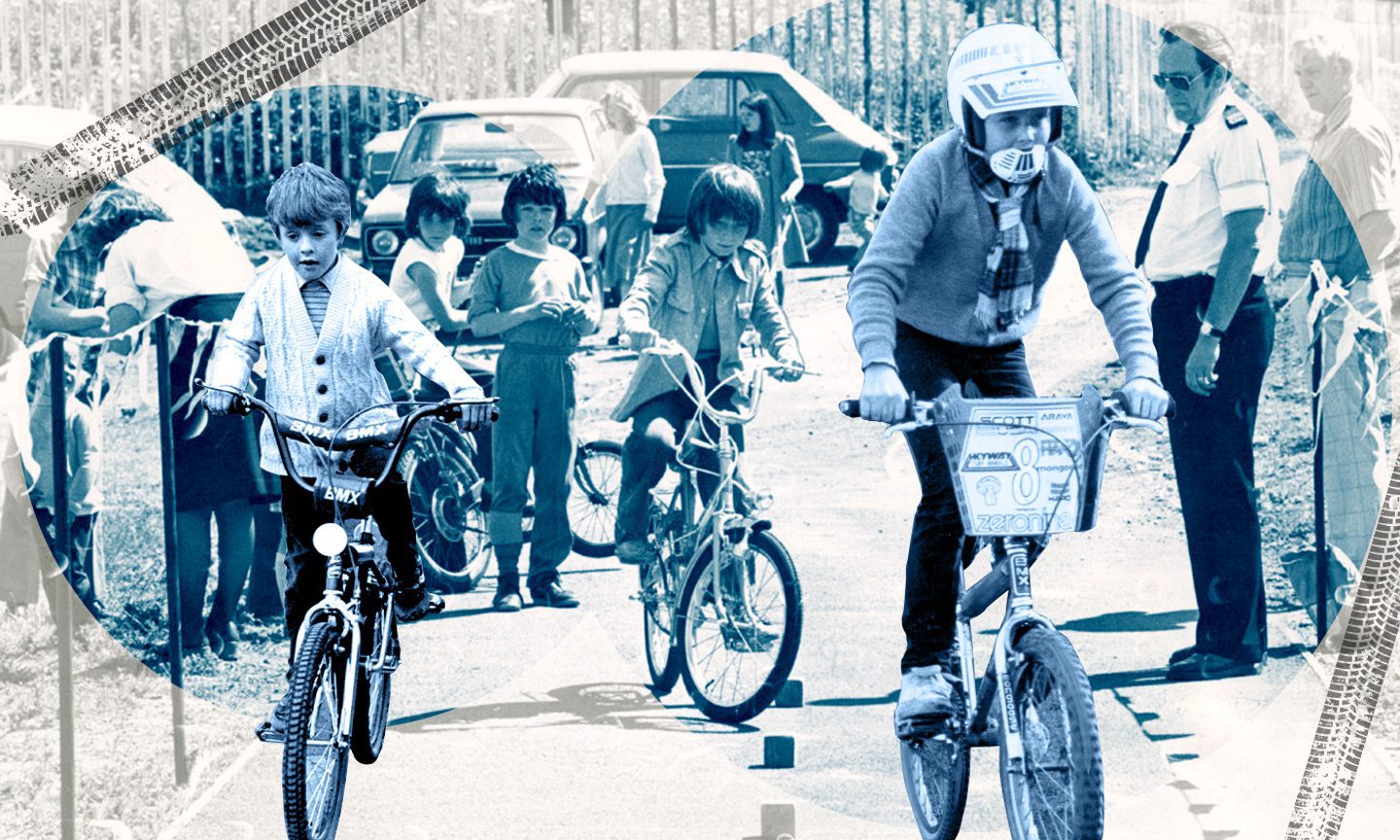 Was your childhood spent racing around Dundee on a BMX bike?

Quickly climbing a makeshift ramp and attempting Evil Knievel wheelies was a favorite pastime for many Dundee kids.

To celebrate Bike Week 2022, we’ve opened up the DC Thomson Archives to take a trip down memory lane and find young daredevils with energy to burn!

The 1970s was the decade we saw all kinds of wonderful new toys for kids and adults alike and the must-have bike was the Raleigh Chopper.

Inspired by drag cars and motorcycles, the Chopper embodied rebellion and freedom, and brought a taste of Americana cool to Dundee’s playgrounds.

Indeed, an advertising campaign described it as “the next best thing to a sports car”.

With its high handlebars and unique wedge-shaped frame, the Chopper was unlike any bike and topped Christmas lists for a decade.

The emergence and growth of the Chopper gave kids the freedom to ride bikes all day until the streetlights came on at night and it was time to go home.

When they first appeared, in 1972, the price would have been around £36 and up, depending on which retailer you went to.

The bike had features that wouldn’t have been allowed for safety reasons today, like a crossbar-mounted shifter, which meant kids had to let go of the handlebars and reach about 18 inches to change gears. speed.

The comfortable, long seat with backrest was perfect for giving your friends ‘backies’ as everyone blatantly flouted the safety warning message written on tape on the seat not to board!

The “backies” weren’t the only source of danger, especially when your “passenger” leaned dangerously to one side trying to get a lollipop stick into the rear wheel spokes for an added cool factor.

There was also the unavoidable “no-handers” maneuver, which often led to the premature separation of the child and the front teeth!

The BMX bike has arrived on the scene

Millions of Raleigh Chopper bikes were sold in the 1960s and 1970s and they saved the Nottingham-based company at the time because sales of traditional bikes had declined so much.

However, it fell into disuse in the 1980s when the cheaper BMX came onto the scene, and the last true Chopper rolled off the production line in 1982.

Since the end of production, the bike has become cult.

Designed for speed and stunts, the BMX bike – short for Bike Moto Cross – was also lighter, shorter and sturdier than its predecessors.

The trend was noted by director Steven Spielberg, who featured the bikes in memorable scenes from his 1982 blockbuster ET: The Extra-Terrestrial, sparking a new trend that saw an increase in BMX production.

It quickly became a slice of 80s youth culture and there were other films on the big screen, including 1983’s BMX Bandits starring 16-year-old Nicole Kidman.

Do you remember BMX bike frames and sharp racing helmets?

Most Dundee kids with a BMX bike were simply having too much fun to care about little things like helmets in those pre-health and safety obsessed days, of course!

And there was joy all around during the Easter holidays in April 1984, when a dedicated dirt road was opened for young people in Fintry.

The track, located in Finlathen Park below the viaduct, was built for £840 as a safer alternative to children’s DIY efforts and featured various bumps and bumps.

By the mid 80’s BMX clubs had sprung up all over North East Scotland and some teenage riders were good enough to go semi-professional.

Scott Carroll was 15 when he won the BMX World Championship in 1987 after hours of training in his garden at Broughty Ferry.

John Buultjens rode to success as one of the best BMX riders in the world, having honed his skills in abandoned factories in Dundee.

John’s autobiography, Ride: BMX Glory, Against All The Odds, touched audiences around the world and there was even a film adaptation of his life story starring rapper-turned-actor Ludacris Shane Graham in 2020.

He started to become one of the biggest names in BMX after getting his first bike after watching ET in the movies.

“I was the only Harris kid to ride a BMX bike,” he said.

“Despite everything I’ve been through – starring in a movie about my life and becoming a brand ambassador for Haro bikes – I would still say my best memories were riding in the building where DCA now sits.”

BMX was everywhere in the 1980s

BMX clubs met throughout the region, usually on Sundays, but sometimes on Wednesdays during the lighter summer evenings.

Dozens of youngsters across the country and city competed for trophies and titles at fixtures hosted by clubs like the Angus Arrows and Perth Pumas.

During those few magical years, BMX was everywhere and meant everything.

When mountain bikes first started to catch on, BMX waned in popularity in the 1990s, but recently there has been a nostalgia-fueled resurgence.

It has been part of the Olympics since 2008 and a sport in which Team GB’s Beth Shriever won gold and Kye Whyte won silver at the Tokyo Olympics last year.

From rust to restoration: meet the Fife man who rebuilt over 700 Raleigh Chopper bikes

Thrills and Thrills: A Look Back at Dundee’s Intrepid BMX Riders

[Was your childhood spent racing around Dundee on a BMX bike?]